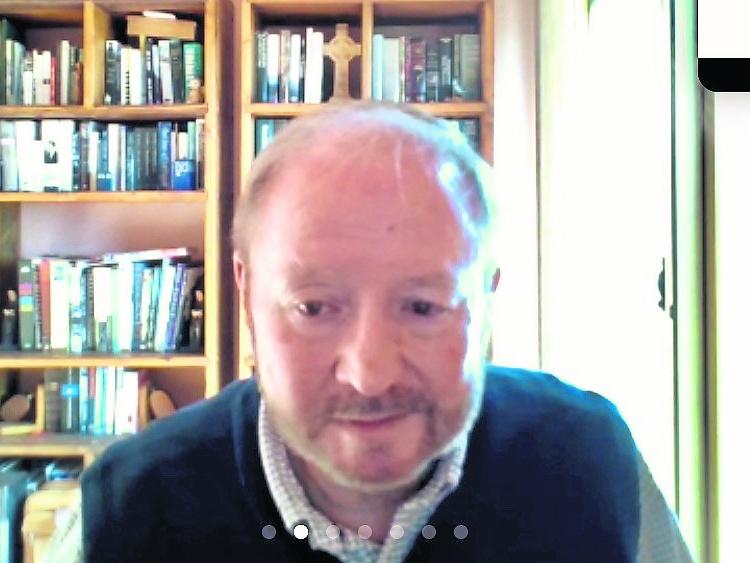 Tipperary County Council heard from a man, who was born in Sean Ross Abbey in Roscrea, and sent for adoption to the United States who said he “always felt banished” from the country of his birth.

Patrick McDermott was born in Sean Ross Mother and Baby Home in Roscrea in 1953 and sent for adoption to Chicago in 1957.

He told the members of Tipperary County Council he found it very difficult to overcome his sense of exile and return to Ireland.

Mr. McDermott told the online special meeting of the local authority that he was very moved by the film 'Philomena', which documents the story of Philomena Lee and her son Michael Hess, who was sent for adoption to the United States after he was born in Sean Ross.

Remarkably, Mr. McDermott shared a dormitory in Notre Dame University with Michael Hess and neither man realised their shared experience.

Describing Mother and Baby Homes as “institutions of containment,” Mr. McDermott was critical of the recently published report from the Commission of Investigation and said it provoked “a new wave of anger”.

“Survivors keep getting kicked in the teeth and this is the opinion of someone who was banished in the 1950's. The Church were a sponsored ally in these institutions and the report exposes an ambivalence towards the past - but there is some evidence of progress”, Mr. McDermott said.

Meanwhile, this week Colleen Anderson, who gave evidence to the Commission about her adoption in the US from Sean Ross, described the destruction of audio recordings as “very serious” and said the report does not reflect her lived experience.

“There seem to be a lot of holes in how the report was done. They never should have released it until they had thoroughly looked at it and verified it, to make sure it was correct.

“Now they can’t verify it if they do not have the original recordings. It seems very convenient for them”, she said.

Ms Anderson, who is currently living in emergency accommodation in Ireland, said she is waiting to see a hard copy of the report, as she can only read the report on her mobile phone and is hoping to access a counselling service.