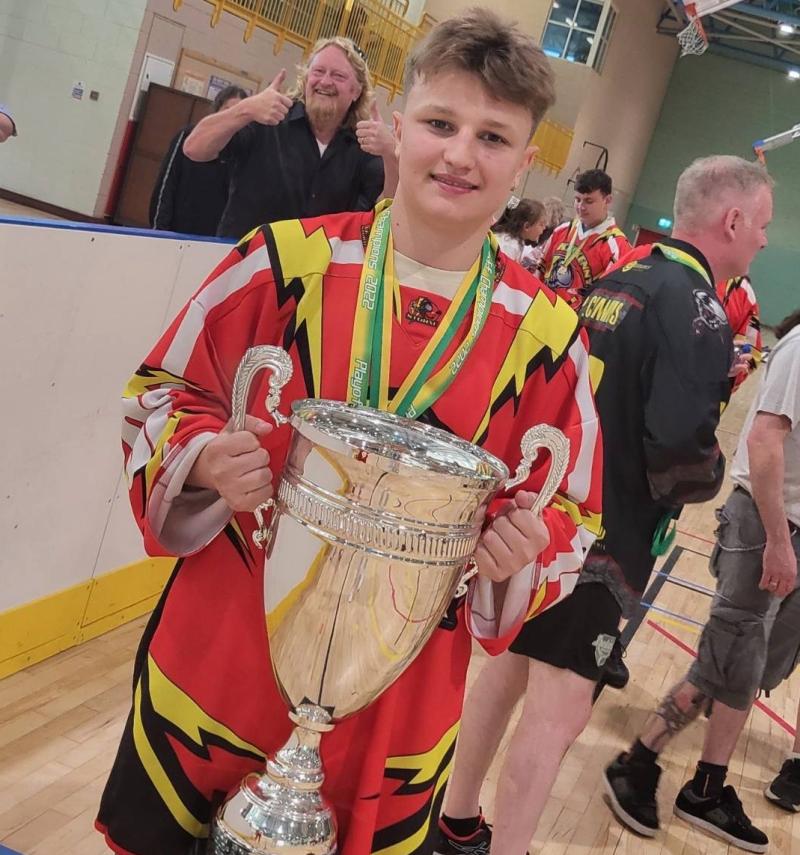 Congratulations to Mikita Chuhunov from Roscrea

Coláiste Phobal Roscrea would like to congratulate our Leaving Certificate, LCA and Junior Cycle students on their recent completion of their state exams and to wish them all an enjoyable and well deserved summer break.

Mikita was the starting goaltender of both the Elite Senior Men and the U18 team.
With games being played over the two days, it was an intense weekend for Mikita representing both teams, but it turned out to be successful for him.

The Elite Senior men came in 3rd place and the U18 side won their competition after a thrilling final that Kilkenny Storm won 6-5 in overtime against the Bangor Chiefs.

This capped off a successful year as ‘The Storm’ as they are known, had already secured the League Title earlier in the year.

Mikita was named on the All Star team for his outstanding contributions throughout weekend.
Best Wishes are also extended to Mikita, as later in the summer he will be travelling abroad to represent Ireland in international competitions in both inline and ice hockey.
Well done Mikita.