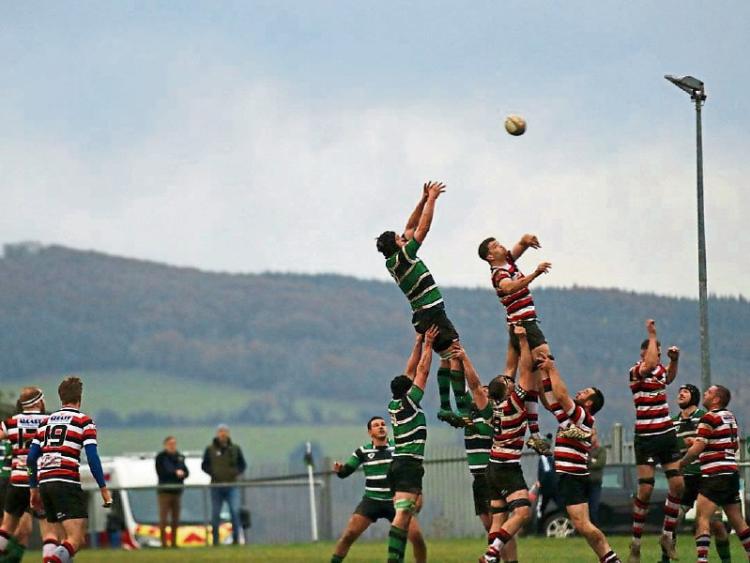 A Clonmel forward is lifted high into the sky to win this lineout against Enniscorthy at Ardgeeha in the AIL Division 2C on Saturday last.

Top of the table Enniscorthy made the trip to Clonmel in the sixth round of Clonmel’s maiden AIL senior campaign. Enniscorthy have been the team to watch this season so this was always going to be a big ask for the home side.

But the underdogs tag didn’t deter Clonmel in the slightest, as they were the team that set the tempo early on, showing obvious intent, kicking to the corner twice from arguably kickable positions. Their maul was completely dominant and eventually they steamrolled over the line to put Clonmel into an early lead.

However Enniscorthy responded positively, scoring two converted tries within five minutes of each other. Simple hands and clinical finishing propelled the league leaders into a 12-point lead after 20 minutes.

Both sides struggled to get a grasp on the game for the following 10 minutes. The game was played between the two 22s, but eventually Clonmel won a penalty and Darren Cass duly added the three points. Clonmel kept applying this pressure and after many near misses and countless phases Neville Melbourne went over, to make it a one-point game coming up to half-time.

It had been a pretty level first half, but Clonmel probably would have thought they were the ones who deserved to be in front, but inaccuracy at the tee cost them dearly.

Enniscorthy were struggling when it came to mauls, but a clever word from the coach wizened them up. They started stepping off mauls and neutralised Clonmel’s main weapon in attack. And Enniscorthy rediscovered their mid-first half flair again, going the length of the pitch to score the try of the game.

Once again, both teams struggled to gain a foothold  for the following 15 minutes, but Clonmel started to get some momentum going. Eventually Alex Sheehan capitalised on a missing pillar, reminiscent of Aaron Smith’s first try against Ireland, and put Clonmel into a one point lead. However Enniscorthy responded really positively, squeezing Clonmel into submission until eventually they won a penalty and took a narrow two points lead. 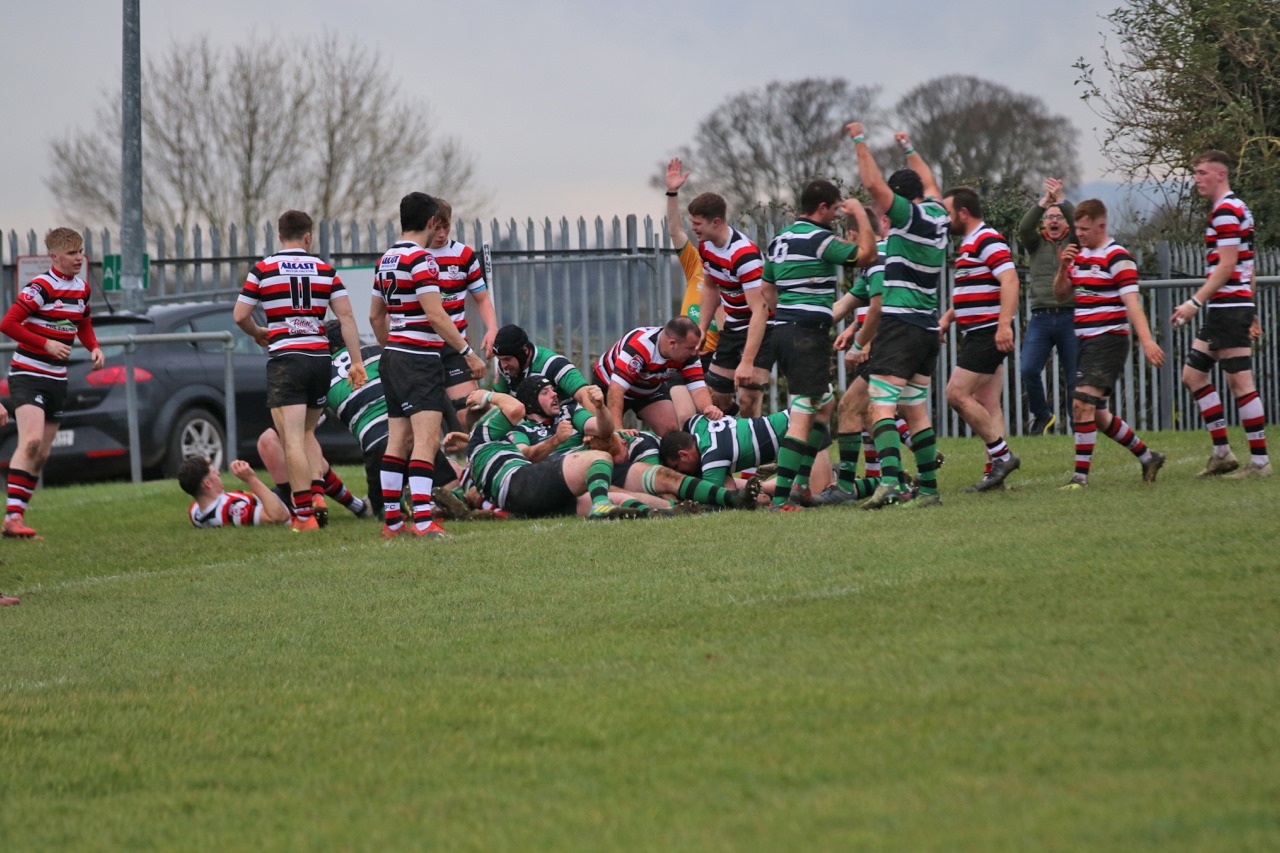 Clonmel threw the kitchen sink at Enniscorthy in the dying embers of the match, until eventually they won a penalty on halfway, 15 metres in from the touch line. Bravely, Dylan Cadogan took on the responsibility but his effort fell just short. Clonmel were so close to victory once again, and it just shows how ready they are to fight with the best in the senior   club rugby. They travel to Midleton in two weeks time  and it will be important for Clonmel to get a result to get back to winning ways.