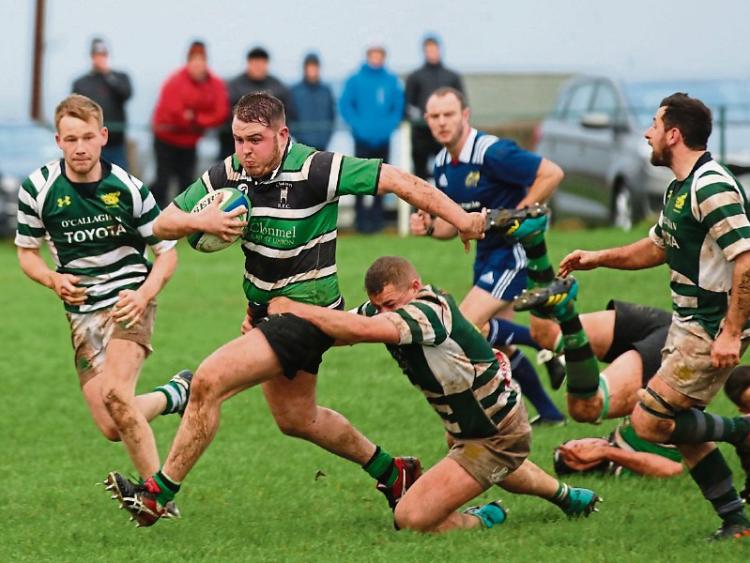 Clonmel defeated Midleton in the AIL Division 2C at Towns Park, Midleton on Saturday last by 21-6

Even though Clonmel were coming off the back of some disappointing results, their hope for this game was  that their strong performances would culminate into a win against Midleton. A win was sorely needed to get their campaign back on track.

But it was the home side who showed much more desire in the opening half. Midleton were hammering on the Clonmel line for most of the first half, and the defence could only be considered heroic. Midleton played the game very cleverly, constantly kicking for touch as Clonmel’s dysfunctional lineout struggled to find their feet. Miraculously, Midleton only managed to score 6 points, and Clonmel really didn’t look like scoring.

While the trend for this Clonmel team has been a rip-roaring start followed by some hiccups towards the end, it would have to be the opposite today if they were to come away with a result.

It was almost as if a different Clonmel team came out after half-time. While the issues at lineouts remained, they played with a lot more control and tempo, which Midleton couldn’t handle. They retreated into their shells and it seemed inevitable before Clonmel would take the lead.

A yellow card to Midleton tilted the scales in Clonmel’s favour. Midleton were barely hanging on and were just stretched too thinly with 14 men. David O’Gorman eventually crashed over, Cass adding the full 7.

And from there, Clonmel just grew in confidence. 10 minutes later Greg Carroll took the ball as first receiver and just flew through the Midleton defence with raw, scorching pace to score under the sticks. After another 5 minutes Luke Noonan converted a 3 on 2 to finish the game 6-21, in favour of Clonmel.

While the first half was extremely disappointing, the second half display would have been exactly what Clonmel supporters were looking for.

This performance, along with previous first half displays need to be put together as Clonmel take on Bruff at home this Saturday at 2.30.