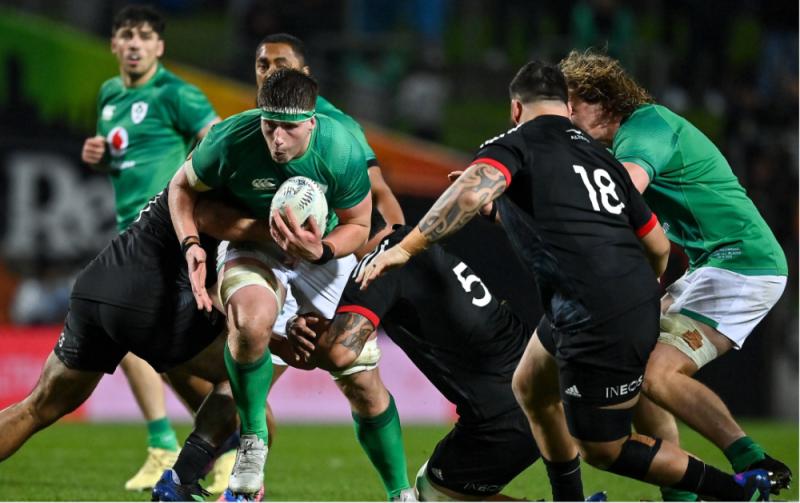 Ireland suffered a punishing start to their tour of New Zealand after an experimental side were dismantled by the dominant Maori All Blacks in Hamilton. PIC: Sportsfile

Ireland suffered a punishing start to their tour of New Zealand after an experimental side were dismantled by the dominant Maori All Blacks in Hamilton.

Andy Farrell fielded five uncapped players for the warm-up match and was left with plenty to ponder following a resounding 32-17 defeat.

Zarn Sullivan and Josh Ioane starred for the masterly Maoris, who ran in four first-half tries, while scores from stand-in skipper Bundee Aki and Gavin Coombes were scant consolation for the Irish.

Head coach Farrell will quickly turn his attention to Saturday’s opening Test of a three-match series with the formidable All Blacks in Auckland, where he will field a much-changed team and hope for a far greater showing.

Few, if any, of his fringe players emerged with much credit from a cool, wet evening at FMG Stadium Waikato.

Ahead of kick-off, New Zealand-born Aki laid a number 11 Ireland jersey in front of the Haka in memory of former Maori All Black Sean Wainui, who was killed in a car crash last year.

Frawley, who kicked seven points during the contest, traded early penalties with rival fly-half Ioane as both sides attempted to get to grips with slippery conditions which contributed heavily to possession frequently changing hands.

Sullivan dived over on the right for the opening try in the 17th minute after his perfectly weighted 50:22 kick had initially put Ireland in trouble.

The visitors swiftly responded with a fine set-piece move. 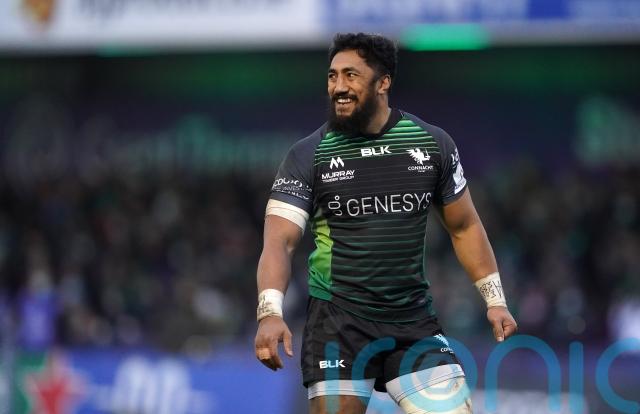 A superb tip-on pass from Coombes took out Cameron Suafoa and Billy Harmon, allowing centre Aki to break the line and use the wet surface to slide underneath the posts for an emotional score on the ground where he formerly played for Super Rugby club the Chiefs.

That proved to a high point of a chastening outing.

Following Frawley’s conversion, the unforgiving Maoris – who began with 10 debutants – took control of the scoreboard by capitalising on a string of errors.

Ioane was becoming increasingly influential and, having added his second penalty of the match, twice converted after being heavily involved in scores for Shaun Stevenson and captain Brad Weber.

They were further punished just before the interval as the pacey Stevenson scythed clear from just outside his own 22, culminating in Cullen Grace dotting down and Ioane adding the extras to leave the visitors 32-10 behind.

Munster forward Loughman, who was forced off inside two minutes before initially returning following a head injury assessment, was permanently replaced by veteran Healy at the break. 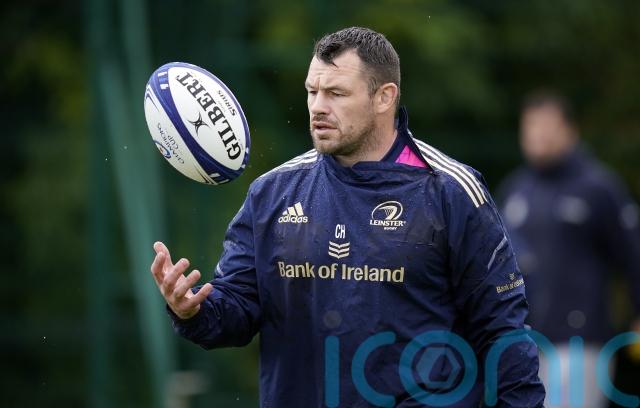 Ireland resumed with renewed purpose but were repeatedly held up on the line, including the unfortunate Nick Timoney.

Hume limped off in what appeared to a lot pain before the visitors finally made a further dent on the scoreboard as Coombes bulldozed over 13 minutes from time in a stop-start second period.

Healy then departed with a serious-looking issue, leaving Farrell seemingly short at loosehead heading to Eden Park to begin a trilogy of showdowns with New Zealand.