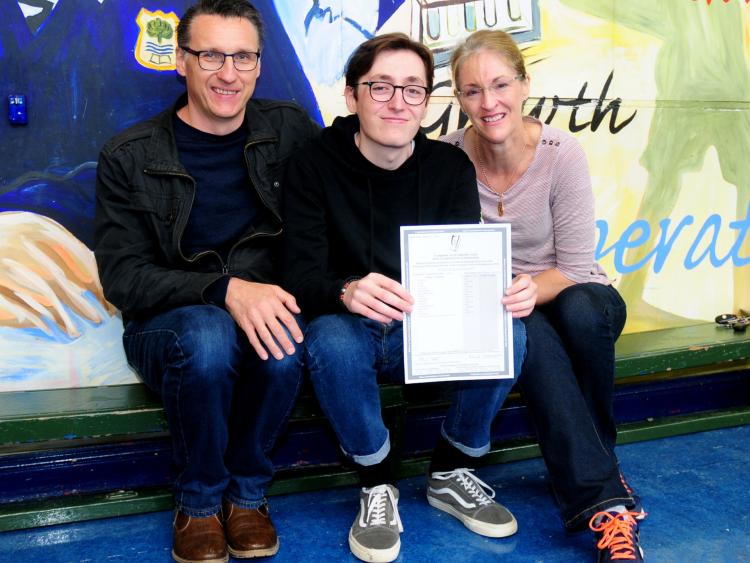 Scott Beaton has earned his place in the history books of his alma mater in Colaiste Mhuire Co-Ed Thurles after becoming one of only 53 students in the country to secure 7 H1's in the Leaving Cert class of 2018.

The Templetouhy native achieved the phenomenal result with top marks in his three core subjects as well as History, Business, Biology and French, earning him a place at the University of Edinburgh to study Middle Eastern Studies this September.

Scott will now follow in the footsteps of his grandmother and uncle who also attended the prestigious college and says he hopes to go on to join the United Nations after being inspired by his parents who both work with the HSE.

"My mother is a Community Mental Health nurse and my dad also works in the HSE so I knew I wanted a career that can help people. Joining the UN would be my dream," says the ambitious student who has already started studying Arabic ahead of his course start date next month.

"I knew I would do well but I wasn't expecting to score as high as I did. I was very anxious going in to collect the results this morning and was preparing myself for the worst case scenario if I didn't meet my requirements for Edinburgh," explained Scott who was offered his place at Edinburgh earlier this year on the condition that he met certain grade requirements in the exam.

"I had to submit my reasons for wanting to study at Edinburgh and why I choose Middle Eastern Studies as well as do an interview and I was offered a provisional place based on my projected results. When I was handed the envelope this morning I went past the results sheet and was reading how to appeal a subject grade just in case," he says, adding that he plans on celebrating his academic success over a celebratory meal with his family.

Colaiste Mhuire Co-Ed Deputy Principal Clare Wallace said students at the school "excelled" in the Leaving Cert and Leaving Cert Applied examinations with all pupils securing enough points to get into their chosen career field.

"Everyone got the points they wanted and our students can't wait to get their CAO offers on Monday to study courses in teaching and nursing among others. Several of our students have also decided to go down the apprenticeship route to become electricians and carpenters which is also very encouraging," she added.