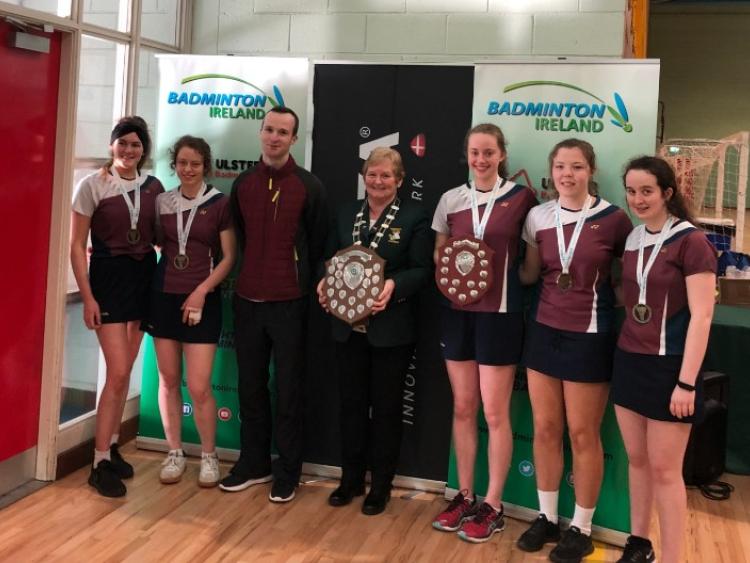 Presentation Thurles were crowned under 19 badminton champions at the All-Ireland Schools final in Gormanston, Co. Meath on March 20.

The girls took the All-Ireland final games in their stride as they faced teams from Leinster, Ulster and Connacht. First up was Leinster’s Loreto Convent, Bray.

The girls defeated Loreto on an overall score of 4-2.

Next, they triumphed over Ulster’s Coleraine Grammar Secondary School with a score of 5-1.

The last team to face the Presentation girls was Connacht’s St Nathy’s Secondary School, Roscommon. Without doubt the Pres girls saved the best until last with a superb 6-0 victory over St.Nathy’s.

It is 23 years since any Tipperary school has won this competition and it is the school’s first All-Ireland badminton title.