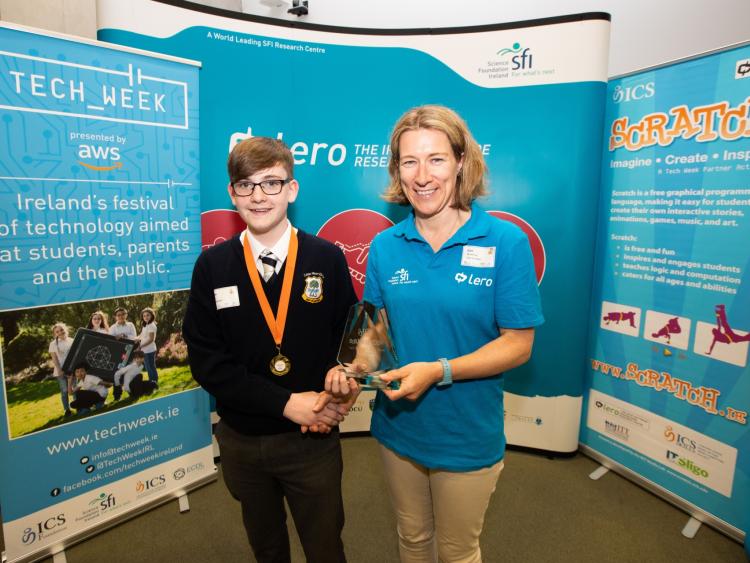 A talented young coder from Coláiste Mhuire Co-Ed in Thurles has won a top prize at the National Scratch Coding competition, which was held at the University of Limerick as part of Tech Week 2019.

To scoop the top prize, the second year student created a game which started as a maze, then progressed into a coded mathematical converter from binary numbers into decimal numbers.

The winners were selected from over 500 entries nationwide and judged to be the best in their respective categories.

Well done Keelan....he won his category 1st to 3rd year in the national scratch competition so thrilled for him all the hard work paid off, design, debugging...@colmhuirecoed @TipperaryETB @clareire #Techweek19 @scratch_ie #edchatie. pic.twitter.com/CtrX6UpeiO

Scratch is a visual programming language that makes it easy for young people to create their own interactive stories, animations, games, music, and art – and share their creations on the web.

Now in its ninth year, the National Scratch Competition has established itself among both teachers and students as a leading platform and showcase for Ireland’s aspiring digital creators. The competition is run by the ICS Foundation, the social enterprise arm of the Irish Computer Society and supported by Lero, the Irish Software Research Centre.

Jim Friars, CEO, Irish Computer Society said, “Events such as this help inspire Ireland’s next generation of digital creators. It’s becoming ever-more critical that we develop more interactive and engaging ways for the young students to learn about technology and how it interactives with every part of our lives. We need to open their minds to careers in technology and today’s finals show that we’re on the right path. I want to congratulate Abdul-Marteen and Confey College and all the other students who took part in the final.”

Clare McInerney, Education and Outreach Manager in Lero said: “The standard for this year’s competition has been fantastic and I want to say a huge congratulations to everyone involved. This unique and highly engaging event provides young students with real, hands-on coding experience and highlights how important it is our everyday lives.”