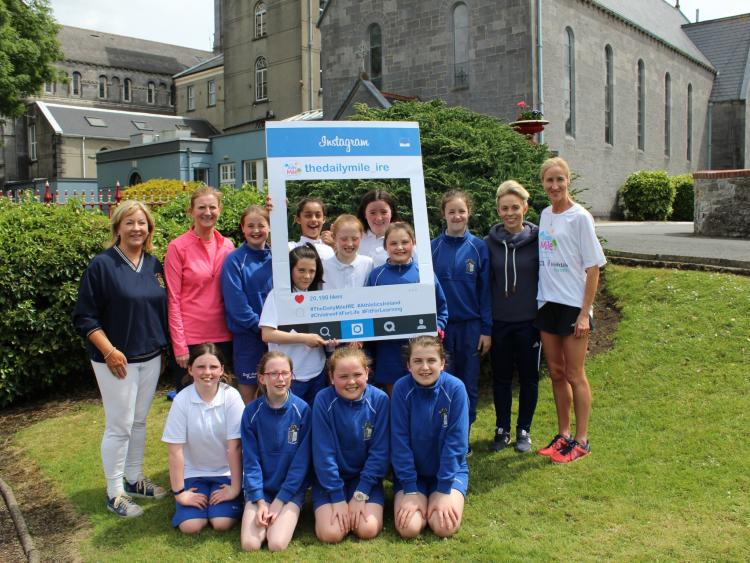 Scoil Angela have been reaping the benefits of the Daily Mile fitness challenge for the last four weeks culminating in a special visit from former Olympic athlete Catherina McKiernan.

For the past month, pupils from junior infants all the way to sixth class have been lacing up their runners and incorporating an extra 15 minutes of daily exercise into their school routine.

On Friday their hard work paid off as the entire school jogged, sprinted and dashed their way to the finish line alongside Irish athletics record holder McKiernan. 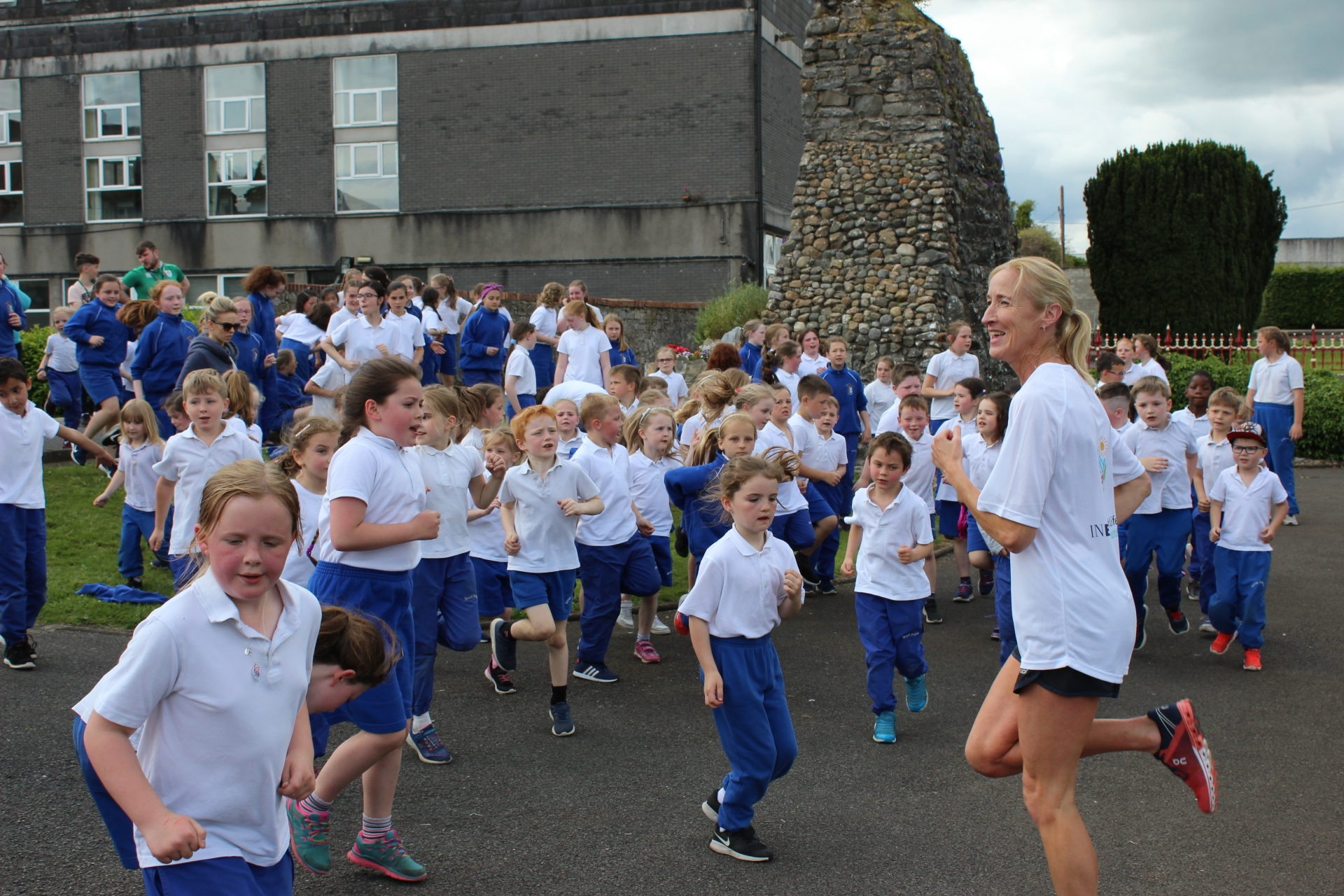 “This is only the start. It’s not about how fast you can run, it's about keeping going and continuing to practice sport. The more you practice, the better you will get but most importantly get out and enjoy it. Keep on moving,” the three time marathon winner told the assembled students.

McKiernan, who dominated the Irish athletics scene in the 1990’s and today is still regarded as one of the world’s best ever cross country runners said she was delighted to see the Daily Mile initiative in place at the Thurles school.

“It’s an extra 15 minutes of physical activity but the rewards will continue long after the school bell rings at the end of the day,” she said. 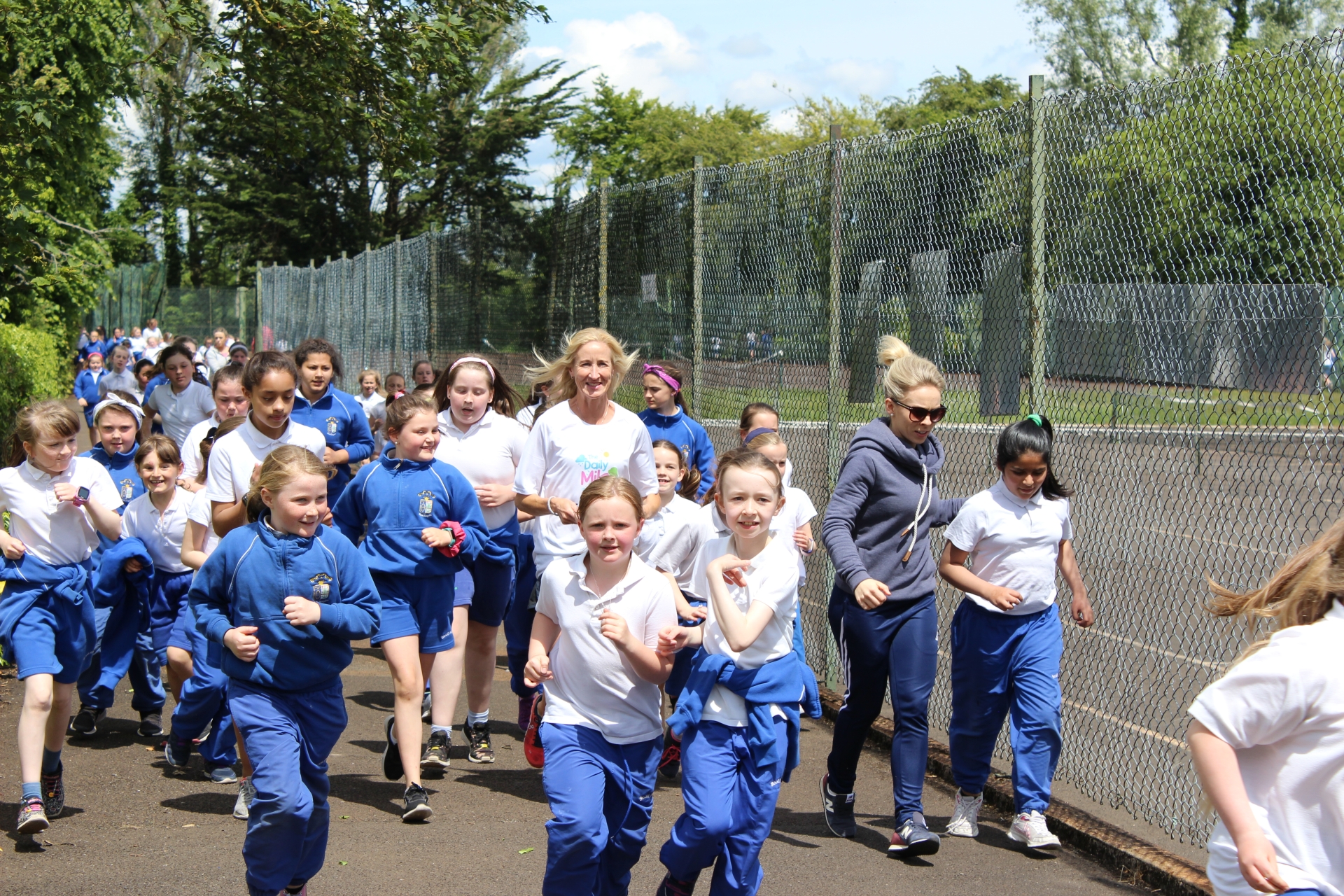 The Daily Mile Challenge originated in Scotland in 2012 and since then the initiative has spread throughout the UK, Ireland and beyond.

Ambassador for the Daily Mile Frank Greally, who has held the Irish junior record for the 10,000m since 1970, shared words of encouragement with the students telling the youngsters they each had a special gift, whether that be running or music, but they must keep practising.

“It’s important that action is taken now and setting good examples like the Daily Mile are incredibly important for kids today,” he said, acknowledging research from UCD which shows the cardiovascular health of some inactive 15 year old's is comparable to that of someone in their sixties

According to principal Brid Ann Moloney, students have relished the opportunity to get out and pound the pavement since the initiative began last month. 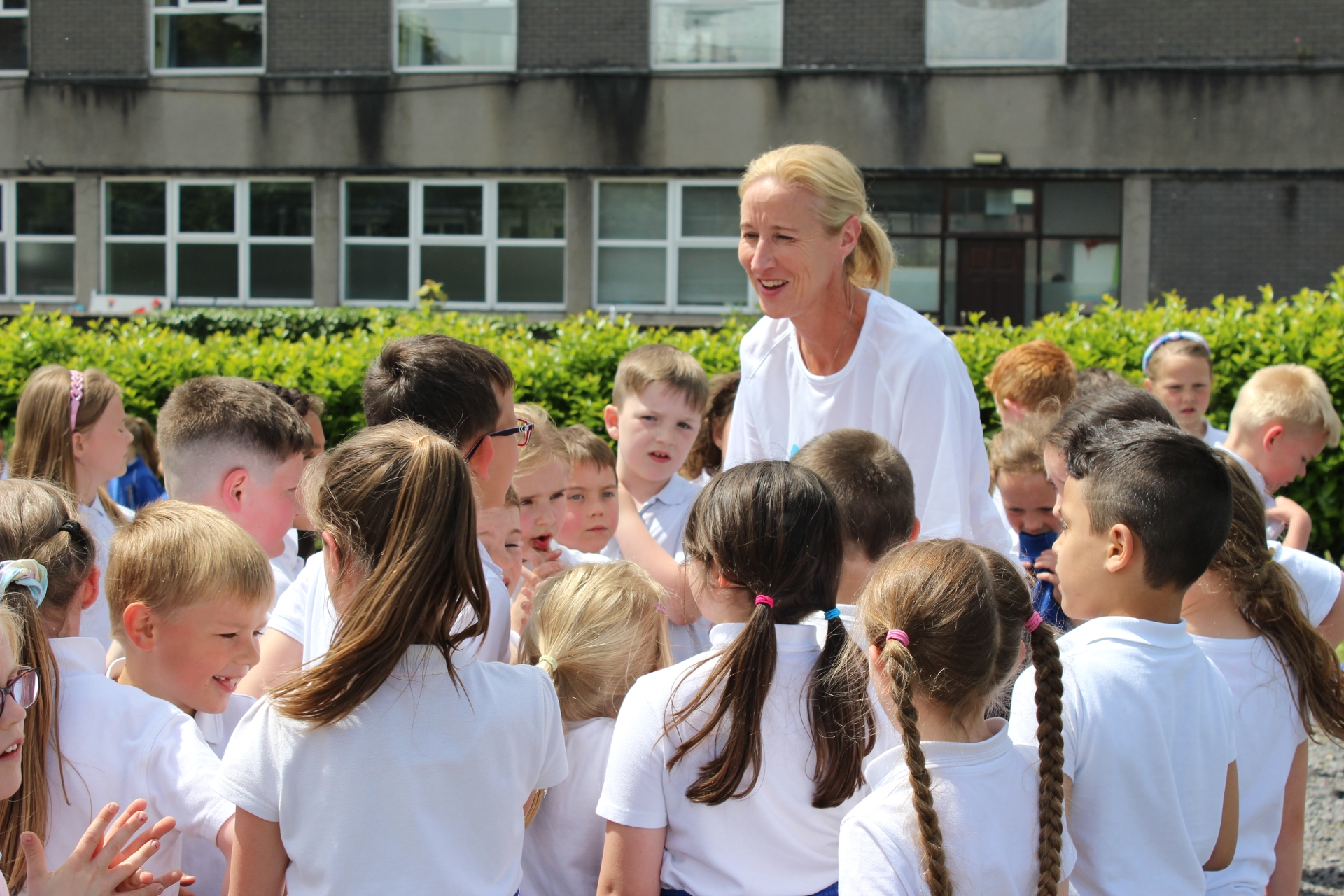 “When we first started some students were finding it tough but now it’s no bother to them. We all enjoy getting out and running around the yard,” said sixth class pupil Rosa, who along with her fellow active schools committee member Lucy said she enjoys helping the younger pupils to keep fit.

“We think it’s great and all schools should do it,” they said.