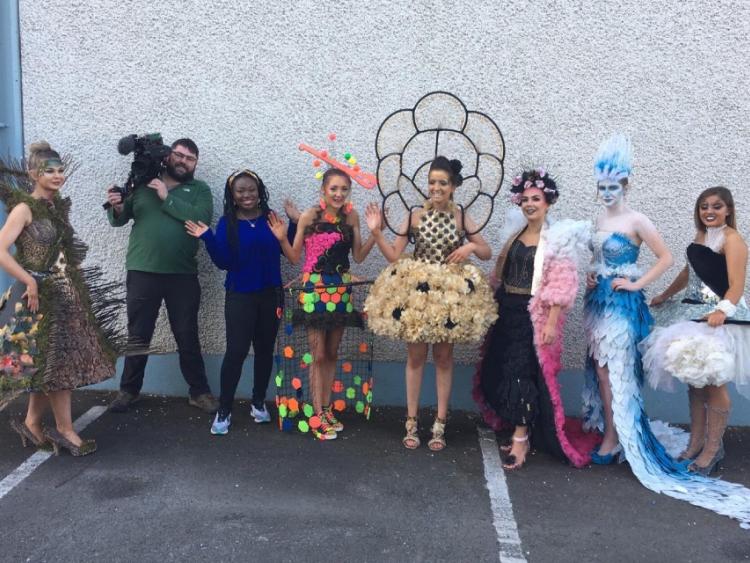 There was fierce excitement in the Ursuline on Thursday, February 27 when a crew from RTE’s Nationwide came to meet and interview this year’s Junk Kouture contestants.

Zainab met with the six teams through to the Regional Final in Limerick.

She spoke to the girls about the process of making their Junk Kouture outfits, from the genesis of their initial idea, to making up mood boards, sketching their designs, sourcing materials, overcoming fabrication problems, sewing, stitching, gluing, taping and stapling their designs to turn Junk into something worthy of a Milanese, Parisienne or New York catwalk.

Zainab spent the day talking with the eighteen students involved and spoke with technology teacher Mr English about the importance of Junk Kouture for TYs interested in fashion, design and technology.

It gives them a real insight into what it takes to bring an initial concept to fruition making it into something that is not only wearable but has that important wow factor too.

Best of luck to the six finalists taking part in the competition in UL on Friday, March 6 and the whole school is eagerly awaiting the Nationwide programme featuring the Ursuline Thurles.