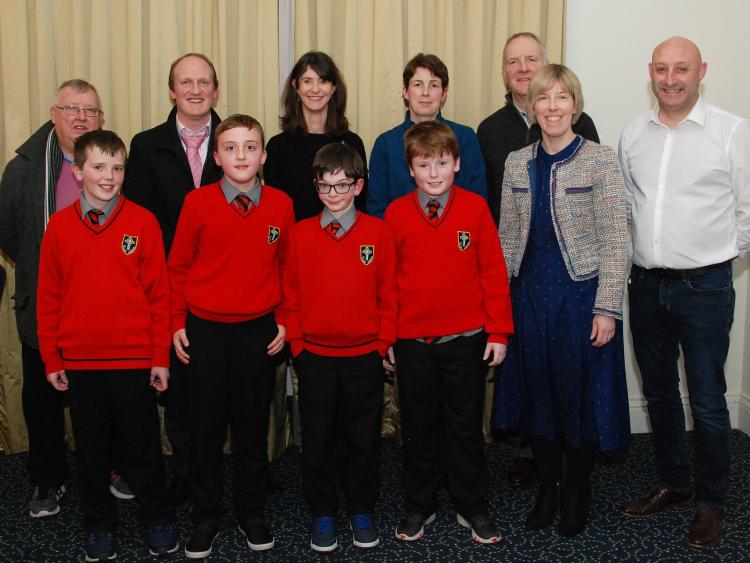 The quiz is unique in that over 25,000 students take part every year making it the biggest quiz in the country and certainly one of the biggest student events in Ireland something that the credit union sector is very proud of.

Credit Unions in Chapter 14 which is a regional group of credit unions consisting of Mulcair, Borrisokane, Nenagh, Roscrea, Templemore and Thurles are particularly proud of their tradition with the school quiz. The Chapter 14 or regional finals took place once again this year in the Templemore Arms Hotel and everyone that attended and participated had a very positive experience.

Eoin Wolahan Chairman of Chapter 14 credit unions welcomed all the children, parents, family members and teachers to the event.  They were all gathered in big numbers to cheer on their loved ones in what proved to be an intense but highly entertaining battle.

Eoin thanked the parents and teachers for their continued support and went on to say “this event was a fantastic opportunity for schools to nurture a culture of partnership among students”. In addition the event has a great focus on teamwork which is an essential skill for the next generation.

Eoin thanked the credit unions of Chapter 14 including Brian King the Secretary of Chapter 14 for all the support. In addition Eoin thanked Damian Johnston who was quiz master for the night, and he thanked correctors Tom McGrath and Lorraine Clarke, and collectors Patsy Treacy and Siobhan Moloney. Eoin also thanked the score keepers Michael Fogarty and Sinead Brady and said that without all these people giving freely of their time, their simply wouldn’t be a schools quiz final to look forward to. 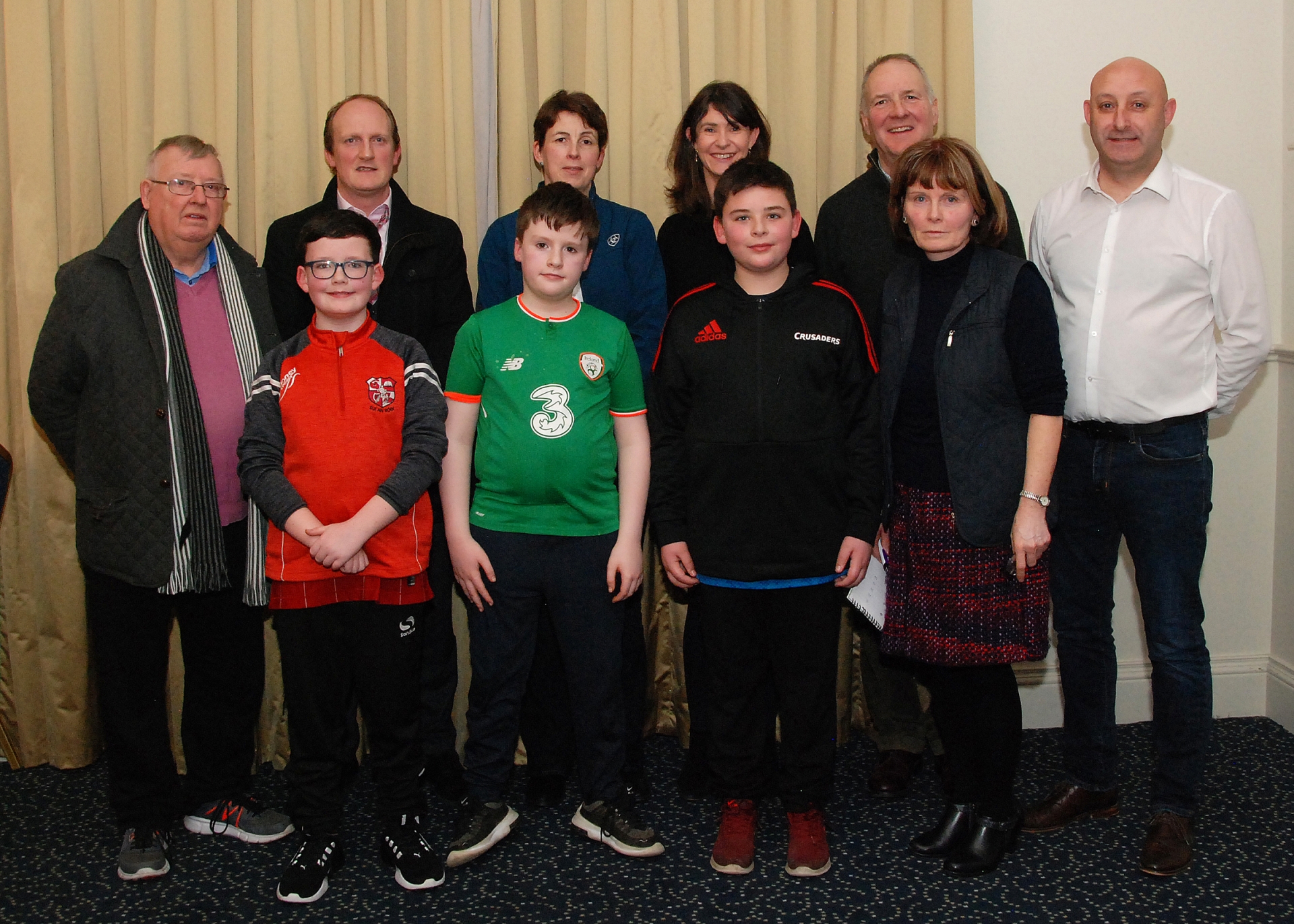 Following the required procedures Damian brought the hall to quietness and the battle began to find the teams who would go through to the national final to be held in the RDS representing their schools and their local credit unions. Questions covered a wide range of topics including geography, history, music, literature and sport, and we had no doubt that all of our little warriors rose to the challenge.

Round by round the energetic students eagerly answered their questions as nerves settled. As the quiz progressed to the halfway point the tensions and excitement had escalated as the quiz master delivered the halfway scores.

With only one or two points separating the teams, the second half was going to be more intense as the participants battled for the title and the honour to represent their schools in the RDS and a chance to win the grand prize of national credit union champions.

As the quiz made its way to the final two rounds a number of teams in each category were in with a chance of grabbing victory and the winning title. The last round was tough and the nervous excitement from teachers and parents filtered down to the teams who were still in contention making for a great atmosphere in the hall.

Unfortunately despite such a close contrast there was going to be disappointment for some as only the winners and runner up's progress to the national final.

Before announcing the winning teams Brian King, secretary of Chapter 14, thanked the teams for their hard work, and the enthusiasm they showed and stated that each team was a winner. In getting this far Brian said that they had showed great courage and knowledge and should be very proud of their achievements. 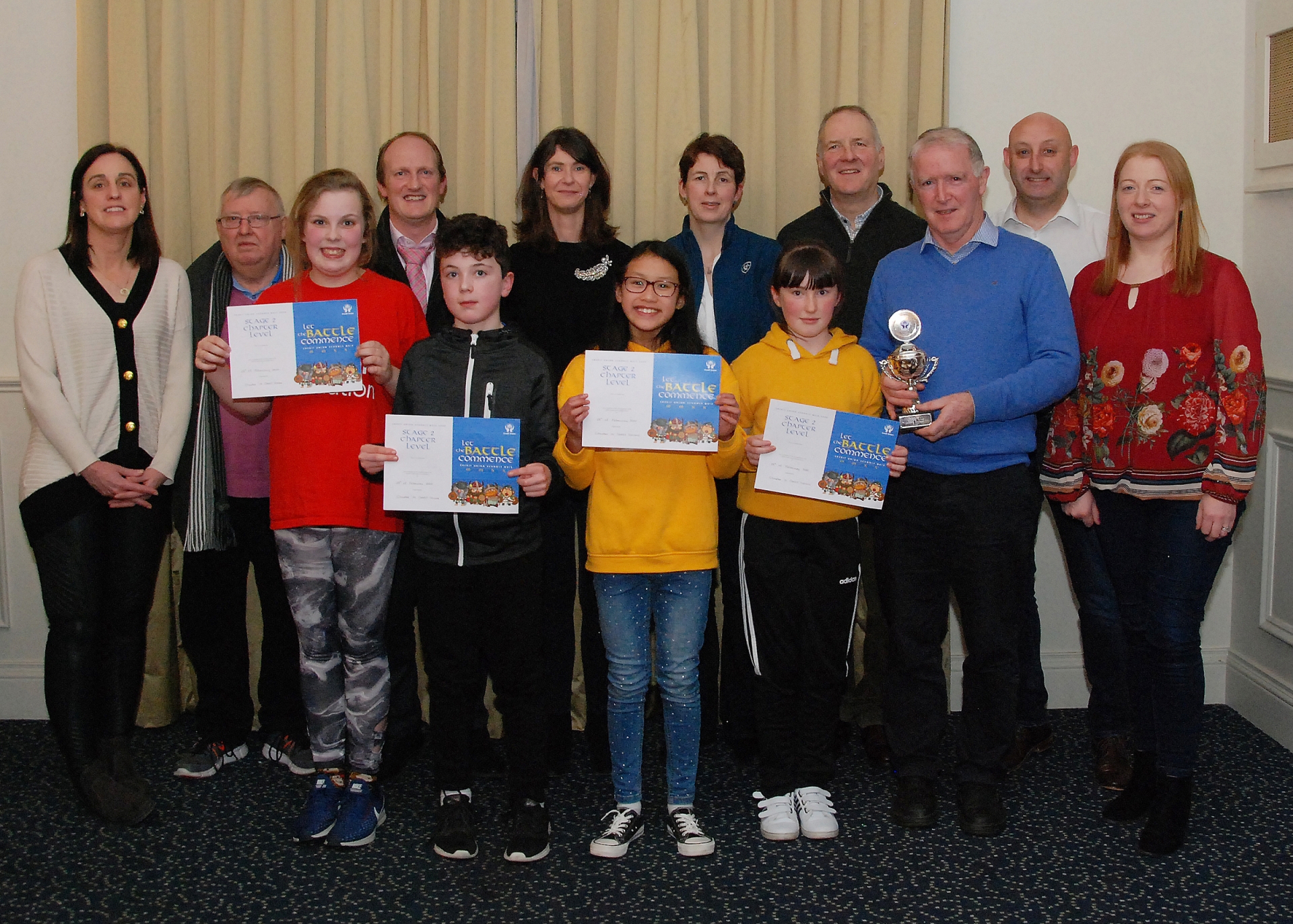 Brian then announced the winning teams as follows:

Both the winners and the runner up's will now proceed to the National Final to be held in the RDS. The winning teams at the national finals will receive €1,250 per school, with the runner up teams in each category receiving €750 for their schools, adding up to a fantastic prize fund of €4,000. The national winners and runners-up also receive a silver salver, significant personal prizes for each team, and their schools are each awarded a substantial cheque. Every team competing receives a special certificate marking their achievement.

Unfortunately following the current outbreak of the Corona Virus and in line with the recommendations in force the national final has been postponed. The Credit Unions will inform all schools of the revised date as it becomes known.