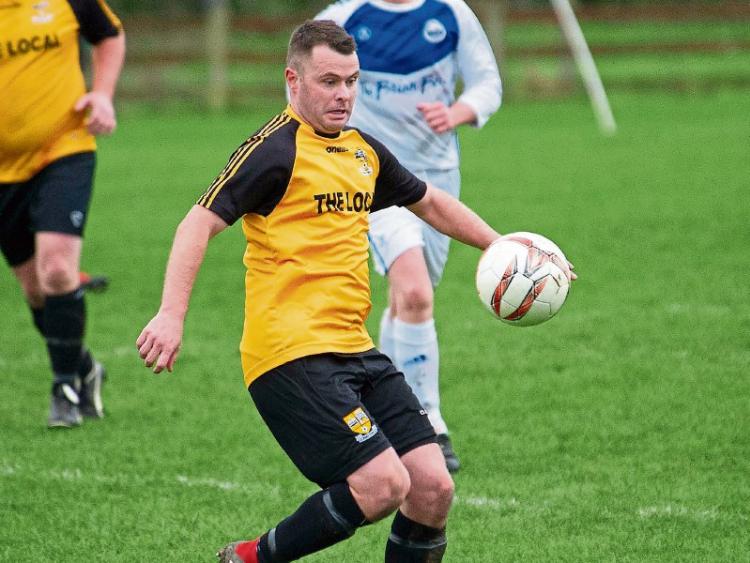 A hat-trick from Ian Cleary helped Clonmel Town to a 5-0 home win over Donohill & District at the weekend.

With the hosts needing all three points to get back level with Cashel Town in the race for Division 2 title, Clonmel Town started slowly and for the opening exchanges were very wasteful with the ball, and were finding it very hard to break down a compact Donohill side.

Indeed it was the away side who had the first half chance on goal after 20 minutes, but the ever impressive Town stopper Martin Boland saved well.

This was just the shock the home side needed and they started to move the ball a lot quicker creating chances for Craig Condon and Richie Crowe whose volley came back off the woodwork.

Seven minutes from the break the hosts finally got their opening goal through veteran John Shanahan, who headed home a Paul Ryan free kick.

Clonmel Town  then doubled the advantage just before half time when another evergreen star,  Ian Cleary, smashed home from the edge of the box.

The home team where in total control of the game now with Donohill & District getting deeper as the game went on and Clonmel Town made it three through Ian Cleary again after he worked space for himself on the edge of the box and his effort wrong footed the visiting keeper to hit the back of the net.

A fourth goal came from a mix up at the kick-off and Jack Moore headed home from a great cross from Harry O’Connor.

The home team  now like they were going to score on nearly every attack, with only some last ditch defending and a couple of smart saves keeping  the score down.

However, with ten minutes remaining Cleary finally got his hat-trick with another header after a great ball from Paul Ryan keeping Clonmel Town  hopes of title alive until the final game of the season.