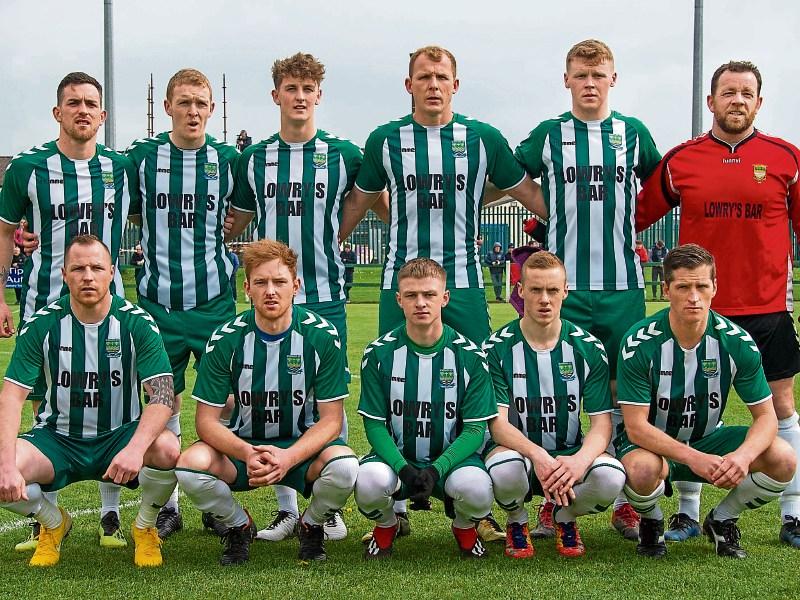 After a cool and breezy Sunday afternoon last in Cooke Park, TSDL Premier League champions made it through to the final of the 2019 New Balance FAI Junior Cup, when they despatched the conquerors of Clonmel Town, Donegal’s Glengad United in front of a very vocal partisan crowd. They gave a good disciplined performance, getting the vital goals at the end of each half, with the performance anchored by a superb defensive display by a back five that never looked like being breached apart from one or two anxious moments.

That said the visitors did start brightly and had Aido Walsh on his toes and off his line to clear a potentially dangerous through ball as early as the second minutes of the game. It was tense no nonsense stuff with Saints winning a few frees and Glengad trying to hit on the counter. From one such free Sean Guerins headed just over the bar on nineteen minutes and Jimmy Carr played in Willie Armshaw two minutes later, but the ball was forced out to touch.

Stephen Mc Laughlin on the wing and Terence Doherty were showing good touches for Glengad, and both these players combined on the half hour mark to set a chance up for Mc Laughlin, but he shot wide of the goal. Two minutes later the visitors were left to rue that missed chance when Jimmy Carr picked up a loose ball in the middle of the pitch, and his strong run took him into space before he fired home off the post leaving the Donegal keeper stranded, to put the hosts a goal in front. This was how the game went to the break as the final quarter of an hour turned into a midfield scrap with neither side making any clear cut chances.

Glengad came out all guns blazing in the second period as they tried to bulldoze their way back into the game, but this was where the much vaunted home defence stepped up to the plate. A back line that has only conceded three goals all year in the league showed their talents as they continually snuffed out all efforts by the visiting side. Glengad were picking up a lot of ball in midfield and controlling the game for the opening 20 minutes of the half, but they simply could not capitalise on the possession to force an equaliser. And as the half wore on, the Saint’s once again took the upper hand and began to push the Donegall side deeper into the own half.

The game was decided six minutes from time when following a Willie Armshaw cross, David Slattery put pressure on Matthew Byrne who clipped him inside the area, and the referee had no hesitation in pointing to the spot. Joey Mulcahy converted the penalty to make it 2-0, and the Saints were back in the final for the first time since 2014 when they won their historic second Junior Cup title. 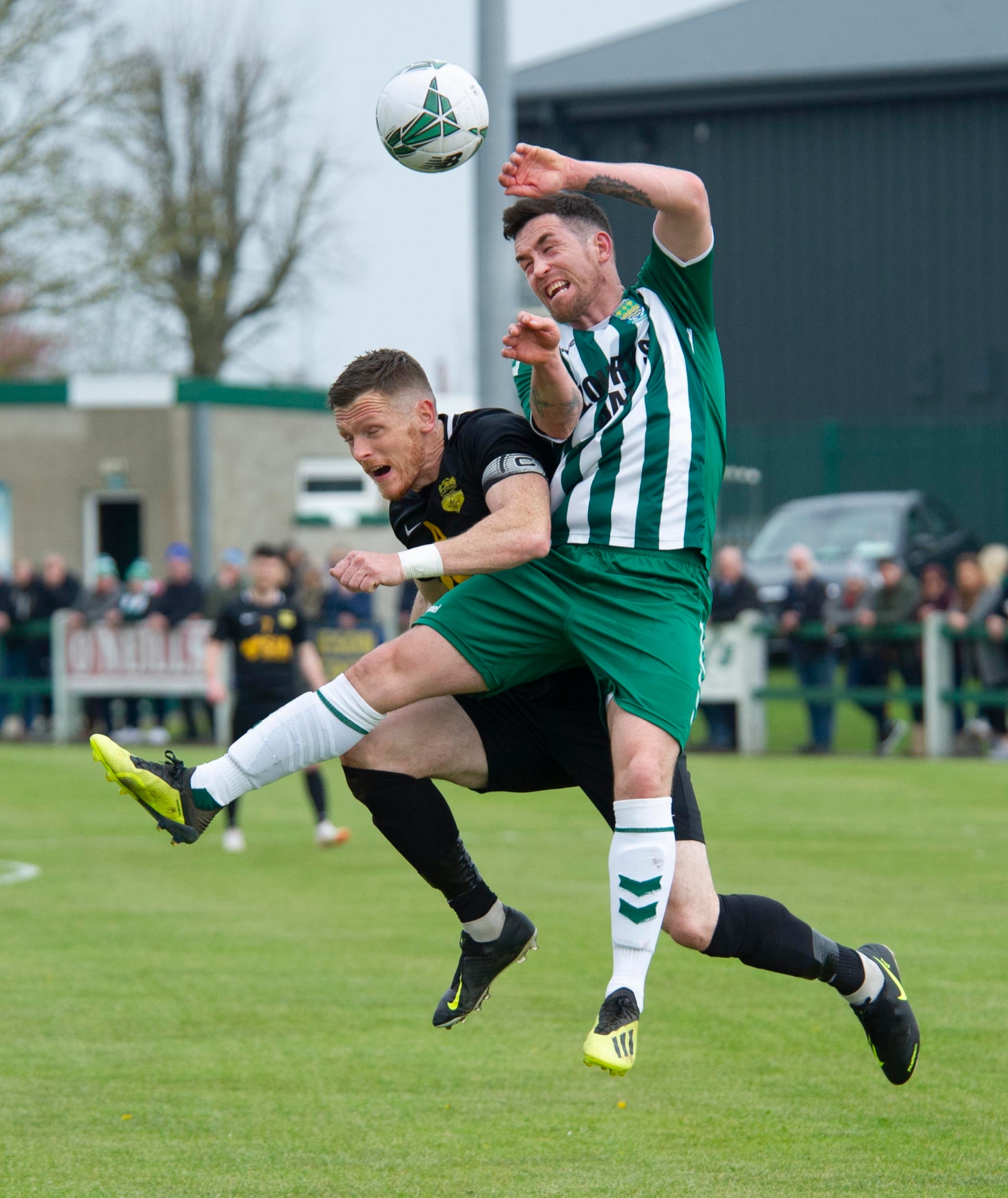 They used their experience to play down the clock and jubilant scenes greeted the final whistle. Jimmy Carr was awarded the Man of the Match but was pushed hard by John O'Brien who did well on Stephen Mc Laughlin, and Paul Breen and Sean Guerins who mopped up in defence all afternoon.

Glengad brought a lot to the game but the experience of last year’s crushing disappointment got Saints over the line.

They know they can play better but semi-finals are all about getting to the final and a huge day beckons on Saturday 11th May in the Aviva.

Keep up to date with all the best of Tipperary Sport every day on TipperaryLive.ie