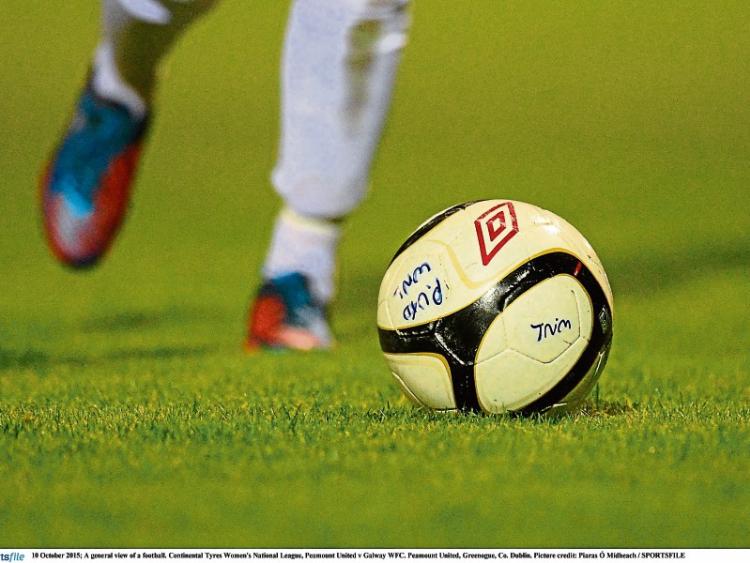 Wilderness Rovers unbeaten run in this season’s First Division ended on Sunday at the hands of a Tipperary Town side that was desperate to get their own season going after last year’s relegation from the Premier League.

The home side never seemed to get going with the visitors first to every ball and they finally opened the scoring ten minutes before the break when a rare home attacked broke down and the visitors scored on the counter.

This was how the first half finished and the second half started with the home side on the front foot but only able to muster a number of long range efforts that never really troubled the Town keeper.

As the half went on Rovers looked more and more vulnerable to the counter attack as they chased the equalizer, and with twenty minutes to go, they conceded a free kick just outside the box that was converted to give the visitors a two goal lead. It was sweetly stroked into the bottom corner and was no more than Tipperary Town deserved.

Wilderness Rovers pushed to get back into the game after this, but never really looked like they would break down a very stubborn and able visiting defensive unit.

St Michael’s seconds joined Wilderness Rovers and Cashel Town at the top of the First Division on Sunday evening with an excellent win at home to a Slieveardagh United that were tough and rugged but seemed to lack that killer touch in front of goal that would have gotten them something from this game.

Tony O'Brien had two early half chances for the visitors before Saints took the lead in the eleventh minute when Evan Hanrahan was on hand to tuck in a rebound after David Cashin had spilled a Danny O'Brien shot. And O[Brien was unlucky not to extend that lead when he doubled on an Evan Hanrahan cross but his effort was saved by the visiting net minder. Liam McGrath did well to find Darren Stokes but his first touch eluded him shortly afterwards, and McGrath almost turned provider in the twenty eight minute when a superb pass found Cathal Bergin but Jamie Walsh got back to put in a goal saving tackle. The home side finally made in two minutes before the break when Darren Stokes hit a superb shot from all of thirty yards that dipped in under the bar and into the net.

The visitors came into it more after the break as Saints sat back with the two goal cushion. They probed well but Saints defended fairly comfortably with Adam McGrath and Donagh Hickey dominant. Eddie O'Brien did bring a good save from Derek Breen halfway through the half, but Martin Phelan’s follow up went narrowly wide.

Both sides cleared their benches late on, but Saints held tough to take all three points.