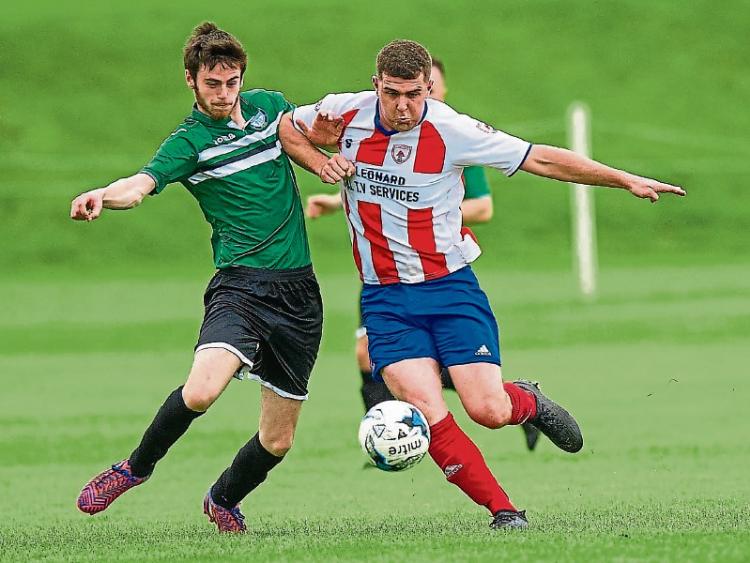 This game was held up from its original date due to Vee Rovers exploits in the FAI Junior Cup, and they suffered another unfortunate defeat for the second week running when they went down on the wrong end of a seven-goal thriller at home to Bansha Celtic on Sunday.

The home side played the first half against the wind and hill but opened the scoring in the seventh minute when Thomas Vaughan turned in a cross from Alan Condon.

But as the wind got stronger Bansha Celtic put huge pressure on the home side and eventually forced a defender to put through his own net and level the game just after the half hour mark.

That was how it went to the break and it looked like it was advantage Vee Rovers when they had the wind behind them for the second period. Celtic were the ones who sprang from the blocks however and opened up a two goal lead when Mick Fitzgerald and Daire Egan scored for the visitors in the 62nd and 75th minutes respectively.

Bansha Celtic  looked to be coasting to victory but Mark Condon scrambled a ball home for the Clogheen side with two minutes left to set up a grandstand finish, and Shane McGrath scored a miraculous equaliser direct from a corner kick deep into time added-on.

The extra time started to suffer from a lack of light as the evening began to close in quickly, but before the teams were forced to take penalty kicks in the dark, Niall Daly got a winner for Bansha Celtic with almost the last kick of the game to break the home side’s hearts.