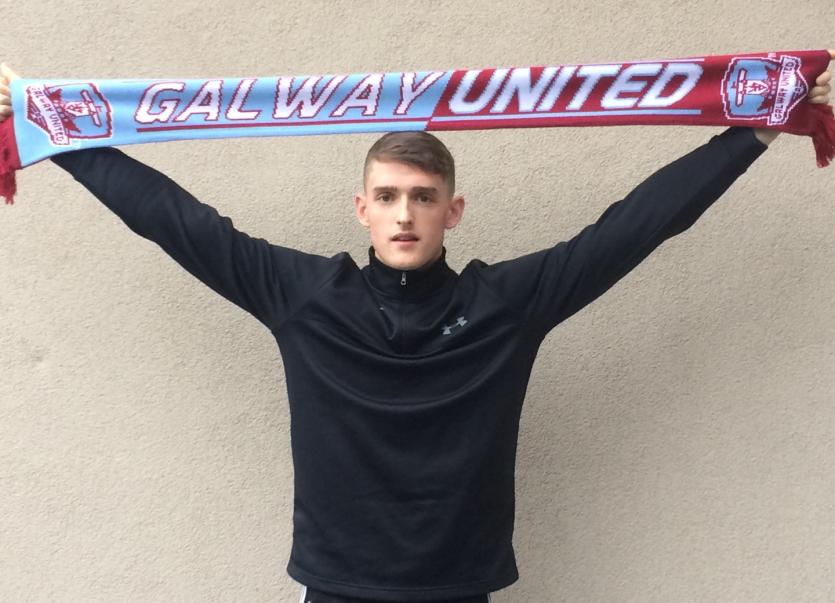 Lee Grace has signed for Galway United until the end of the 2017 SSE Airtricity League season.

Carrick-on-Suir central defender Lee Grace has signed for Galway United on a free transfer until the end of the 2017 SSE Airtricity League season.

The 24-year-old defender moves to Eamonn Deacy Park from Wexford Youths, where he made 49 appearances in two seasons at Ferrycarrig Park.

Grace is a product of Carrick United’s academy, impressing from an early age in a number of positions across the park.

Galway United manager Shane Keegan is well acquainted with the abilities of past Crehana National School pupil Grace, having himself introduced the Tipperary native to League of Ireland football.

The central defender swapped Waterford Premier League side Carrick United for Keegan's Wexford Youths in January 2015 and immediately carved out a place in the starting eleven as the Youths embarked upon a title-winning season in the First Division.

Keegan had a front-row seat to Grace's impressive development over the past two seasons in the league and was delighted to secure his signature for a second time.

"Lee is superb player with a superb attitude and I can only really see his career trajectory going in the one direction,” Keegan says.

Past Comeragh College in Carrick-on-Suir student Grace is delighted to link up with Keegan once more.

"Galway United are a big club going places. Shane Keegan gave me my chance in the League of Ireland and I'm excited to join up with him again,” Grace says.

“Playing full time football is what every young player wants to do. I enjoyed my two years at Wexford Youths, but playing full time is where I want to be. Galway is a lovely city to do it in, so I couldn’t turn the offer down,” he continues.

Galway United finished 9th last season with 38 points, but Grace is confident that the club is going in the right direction.

“Last year Galway United got off to a flyer and where they finished is not a reflection on where the club wants to be at. They’re going places! Shane Keegan is a big factor in that. He’s been telling me good things about what the club want to do and what he wants to do. Galway United is where I want to be.

“I know most players don’t enjoy pre-season, but I’m really looking forward to meeting my new teammates. I’m sure the lads will welcome me and I can’t wait to get started,” Grace adds.