Billy Norris is recovering from a freak playground accident 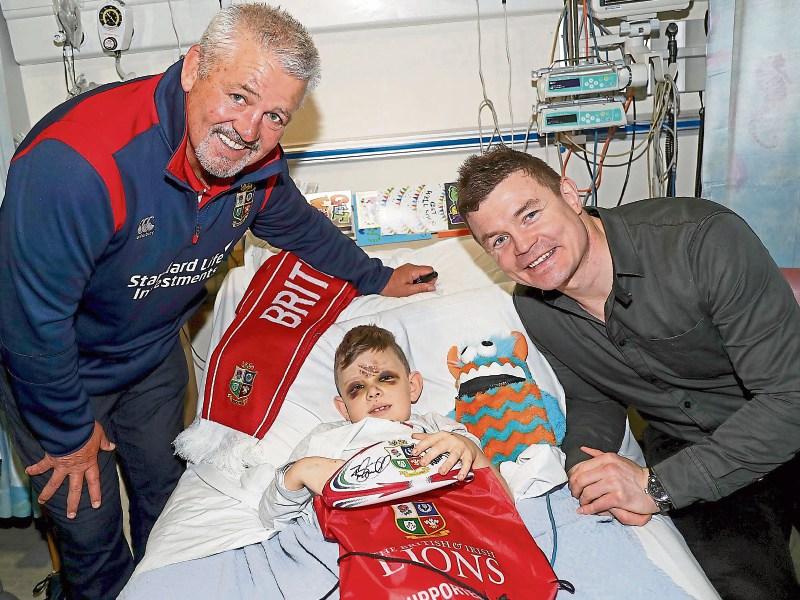 Temple Street, which is the Lions’ chosen Irish charity partner for the 2017 Tour to New Zealand, has been Billy’s home the past few days after he suffered a freak playground accident when he fell off a swing.

The visit certainly had a positive impact on the Gaelscoil Charraig Na Siuire pupil as he smiled for photos and chatted with two of rugby’s greats.

Billy, who is the son of Vida [née Coady] and Eoghan Norris from Carrickbeg, is on the mend and is expected to return home in the coming days. Billy says he can't wait to get back Irish dancing.