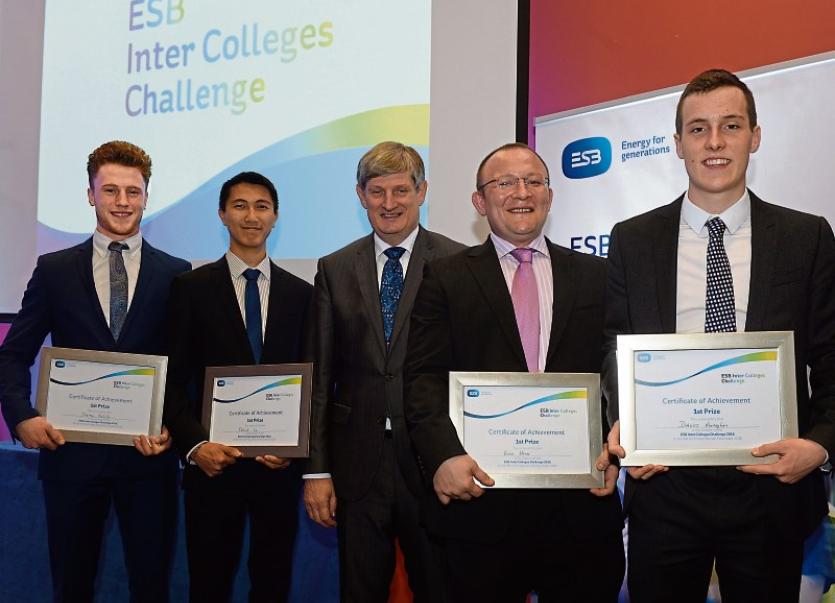 A Tipperary student is relishing travelling to Canada this weekend to compete against counterparts from 12 international institutions in an engineering and commerce competition.

Clonmel’s Darren Fehily is part of a four man University of Limerick (UL) team who will undertake three gruelling tasks from February 28th to March 4th at the Engineering and Commerce Case Competition (ECCC) in Montreal.

They will depart Ireland this Sunday 26th February intent on triumphing on the worldwide stage, while also honing their skills and engaging with like-minded people.

The team was selected to represent Ireland following their win in the ESB Inter Colleges Challenge last November. During that task, the team researched and designed a complex engineering and financial energy challenge in just seven hours.

“I cant believe we have gotten this far,” Darren tells South Tipp Today.

“It's an unbelievable opportunity and I’m really excited about getting to network with people in that circle and see what doors it may open up,” he smiles.

Past Rockwell College student Darren says he put his name forward for the competition last September after getting an email from UL looking for mechanical, civil and electronic engineer students and a business studies student to get involved. “I put my name forward and got selected after going through a number of heats. It’s been a brilliant experience so far,” 19 year old Darren continues.

As well as this sponsored trip to Montreal, ESB offered Darren and the other winning team members a paid placement within the company. But for now, the second year mechanical engineering student is focused on taking on teams from Canada, the United States and Saudi Arabia. The UL team is proudly flying the flag for both Ireland and Europe at the renowned Université Concordia held contest, aimed at finding solutions to real-world challenges that modern industries face.

“We will be given a brief in the morning about the challenge, for example it could be centred on data warehousing or tracking systems for aircrafts. It’s all about coming up with solutions for real life problems,” the son of Danny and Teresa Fehily adds.

Wishing the team luck before they depart for Canada, chief executive of ESB Pat O’Doherty says the competition will offer Darren and his team a great opportunity to showcase their skills and get an understanding of real engineering and consumer challenges.

“ESB is proud to sponsor the team’s efforts in Montreal and we wish them every success as they proudly represent their university, their respective counties, Ireland and Europe,” he continues.