'A trip we will remember and cherish forever' 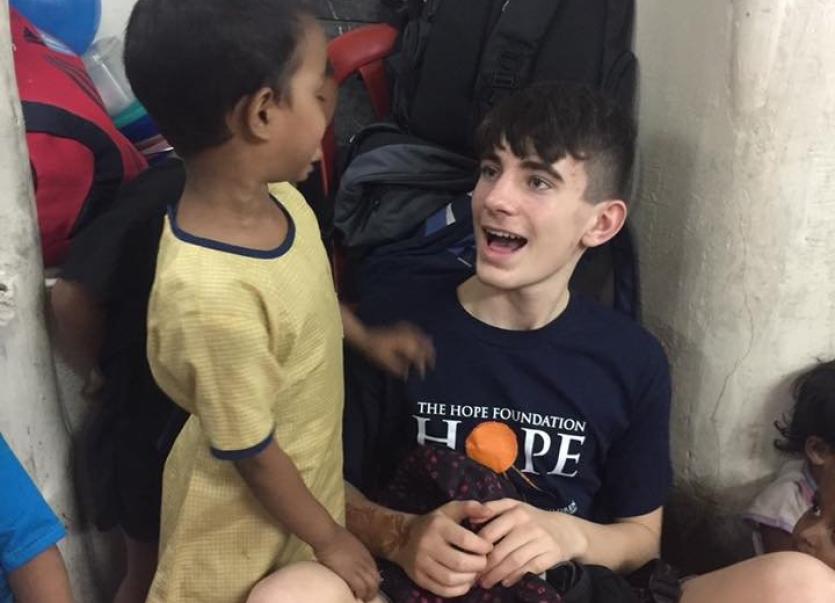 Rockwell's Ben O'Sullivan with a child from Bhagar Creche in Kolkata.

After many months of fundraising, 16 Rockwell College students travelled to India for a week recently as part the Hope Foundation’s immersion programme in Kolkata.

The students raised €42,000 before the memorable trip which went towards the Hope Foundation’s projects that help street and slum children in Kolkata. 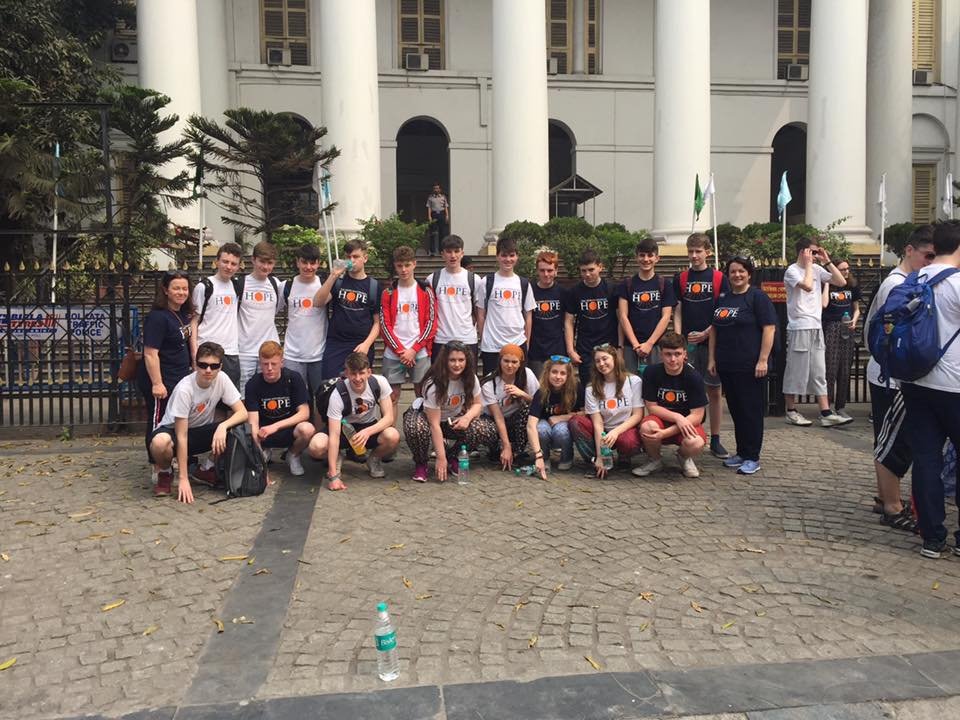 16 Rockwell students, accompanied by supervisors Joan Breen and Roisin Egan, spent a week in Kolkata with the Hope Foundation.

After a full day of travelling, the students arrived in Kolkata airport where they boarded a bus and journeyed to the Kasba Girls Home, run by the Hope Foundation which houses roughly 65 young girls aged 5-12. The girls greeted the students with a traditional flower necklace and by painting a bindi on each of their foreheads. The girls introduced themselves and performed a song and dance for the Irish students. The students then danced and played with the girls until it was time to return to their for a well needed rest.

The next day the students visited Mother Teresa’s tomb and the Mother House. They continued onto the Punorjiban Rehab Home where they met boys aged 10-18 who previously had been addicted to substances and had troubling pasts. In the afternoon they met with the boys from the rehab home again to play a soccer match which resulted in a draw after great attempts from both teams. The students then went to the market to buy sarees and kurtas.

On the third day the students toured the city, visiting historical monuments and the River Ganges where they saw the locals drinking, washing and cooking with the filthy water. Later the students visited the Ashirbad boys home which houses boys aged 4-14. The boys performed dances and songs for the students who returned the compliment. They spent the afternoon dancing, singing, colouring and playing. That evening the Rockwell students received traditional Henna tattoos. 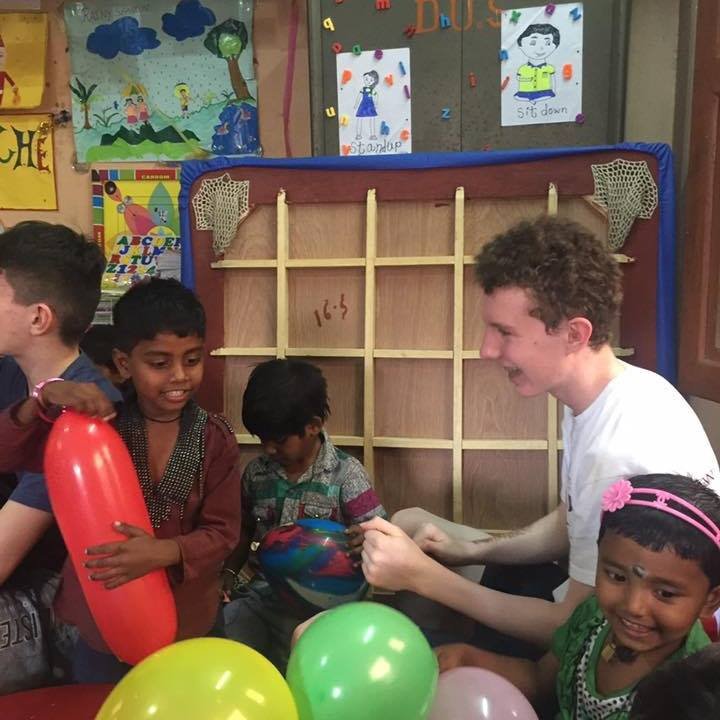 Ciaran Healy with a group of children from Bhagar Creche in Kolkata.

On the fourth day the students visited the slums for the first time and were shook by the conditions they witnessed. While in the slums they visited the Chitpur Crèche set up by the Hope Foundation and played with children aged 1-4.  This visit definitely had a large impact on the students.

Afterwards they visited a temple and continued on to the BeKind boys home which houses boys aged 4-10. They had great fun playing with bubbles and balloons with the young boys. In the evening they had a traditional dance class where they learnt a Bollywood style dance.

On the fifth day the students went to the Hope hospital, which was another highly impacting visit. The hospital was incredibly small with only two wards, an ICU and a surgery. The students spent time with young patients in the hospital. They coloured pictures and painted the girls nails.

When the Irish students visit the Hope hospital each year it is the only time the children get any visitors, so it was very special to them. That afternoon the students visited the Ashar Alo girls home which houses girls aged 14-18 who have previously been trafficked and have had other dramatic experiences in their past. The Irish girls had a great time bonding with the older girls from the home. That evening the Irish students dressed up in the sarees and kurtas they purchased during the week and had dinner together.

On the sixth day the students visited the imposing dumps where thousands of local people search the mountains for rubbish items to sell or reuse. This is how many poor people make a living in this area. While here they visited a crèche and school located at the dump. The Irish students spent time talking to and playing with the children from the school and later the babies of the crèche.

Finally, that afternoon the students visited the Keertika girls home. This home was similar to the Ashar Alo girls home, but the girls here had less troubling pasts, instead taken from harsh conditions on the streets where they had no parents or their parents were unfit to take care of them.

Returned home to Ireland. "Overall the experience had a great impact on the students and they will definitely remember and cherish it forever," the school added.