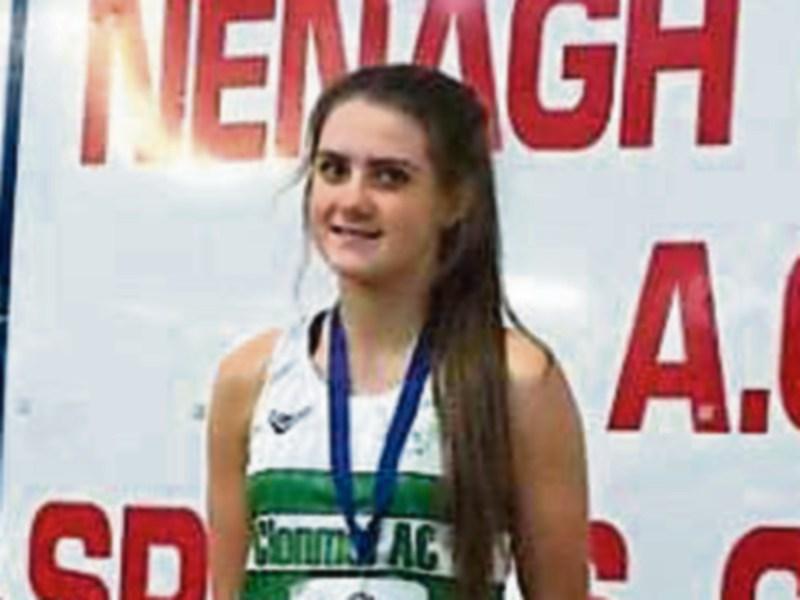 Ten Clonmel AC in total competed at the Munster under 13-19 Indoor Championship event, with Ava  six seconds ahead of Brid Moynihan who also ran very well to place 13th in the same race. Ava also competed in the long jump, narrowly missing out on a second medal by 5cm with a jump of 4.47m. By virtue of the fact that, Ava had two top four finishes and will represent club, county and province at the upcoming All-Ireland Indoor Championship.

In the girls under 14 60m dash, Abbey O'Leary finished 4th in her heat in what was her first competitive performance.

In the girls under 18 60m contest, Emma Moore qualified for the final with a 4th place finish in the semi-final. Emma also competed in the 200m and ran a very good time to finish in 14th position.

In the girls under 14 race, Celine Durand finished 12th.

In the girls under 15 800m race, Gillian Hughes, on her first competitive outing, ran a fantastic race to take 5th position in a very high class field where the first two home both smashed the Munster Indoor record by over 3 seconds which had stood for 12 years.

In the girls under 19 800m competition, Ciara O'Neill finished 4th and is eligible to compete at national level.

In the boys under 17 race, Daniel Slattery finished in 7th place in a race where the record was set by Clonmel AC’s Sean Tobin back in 2010. Daniel also put in a strong performance in the 800m to finish 9th.

Clonmel AC would like to thank the athletes, parents, coaches and club officers who travelled to Nenagh to participate in the event.