'Losing my legs has made me a happier person, but nobody will employ me'

Paul has a hand controlled car and is learning to walk

Ardfinnan’s Paul Cunningham is living a “fulfilled life”, but is struggling to find a job.

A remarkable Tipperary man who had both his legs amputated says his “horrific” ordeal has made him a “better and happier person”.

Paul Cunningham is enjoying a new lease of life since the Ardfinnan community and surrounding areas raised €16,000 to buy him a specially adapted car last October.

Paul, who is currently living in rented property in the village that isn’t disabled friendly, is beaming that Tipperary County Council have bought him a home in Ardfinnan that is being made suitable for his needs. 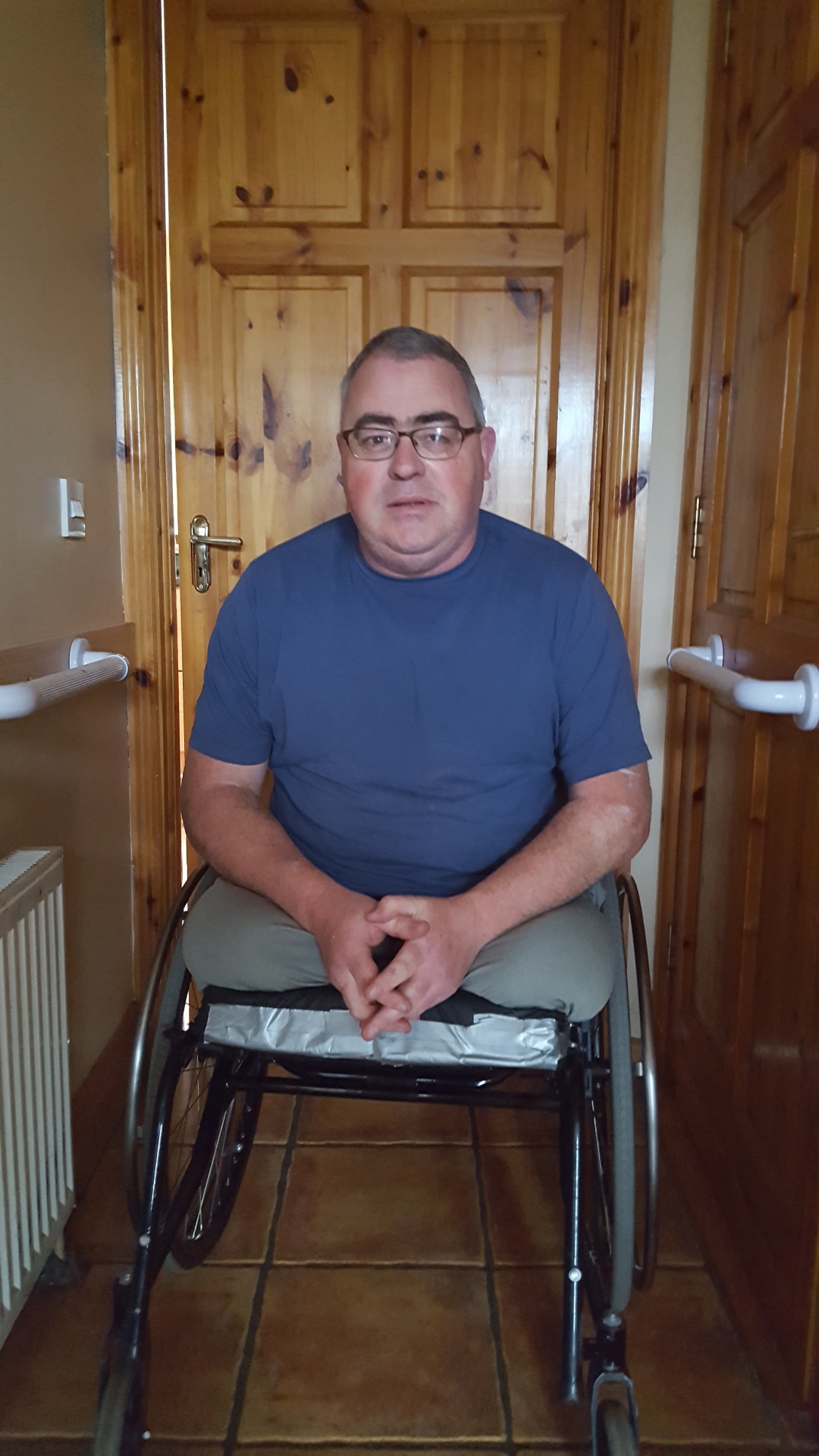 Paul gets satisfaction out of sharing his journey with local schools.

“I can’t say enough great things about the people of Ardfinnan and the surrounding areas. The car has given me total freedom and I’m really looking forward to moving into my new home because this house has a stairs and doesn’t even have a suitable toilet for me,” an emotional Paul underlines. 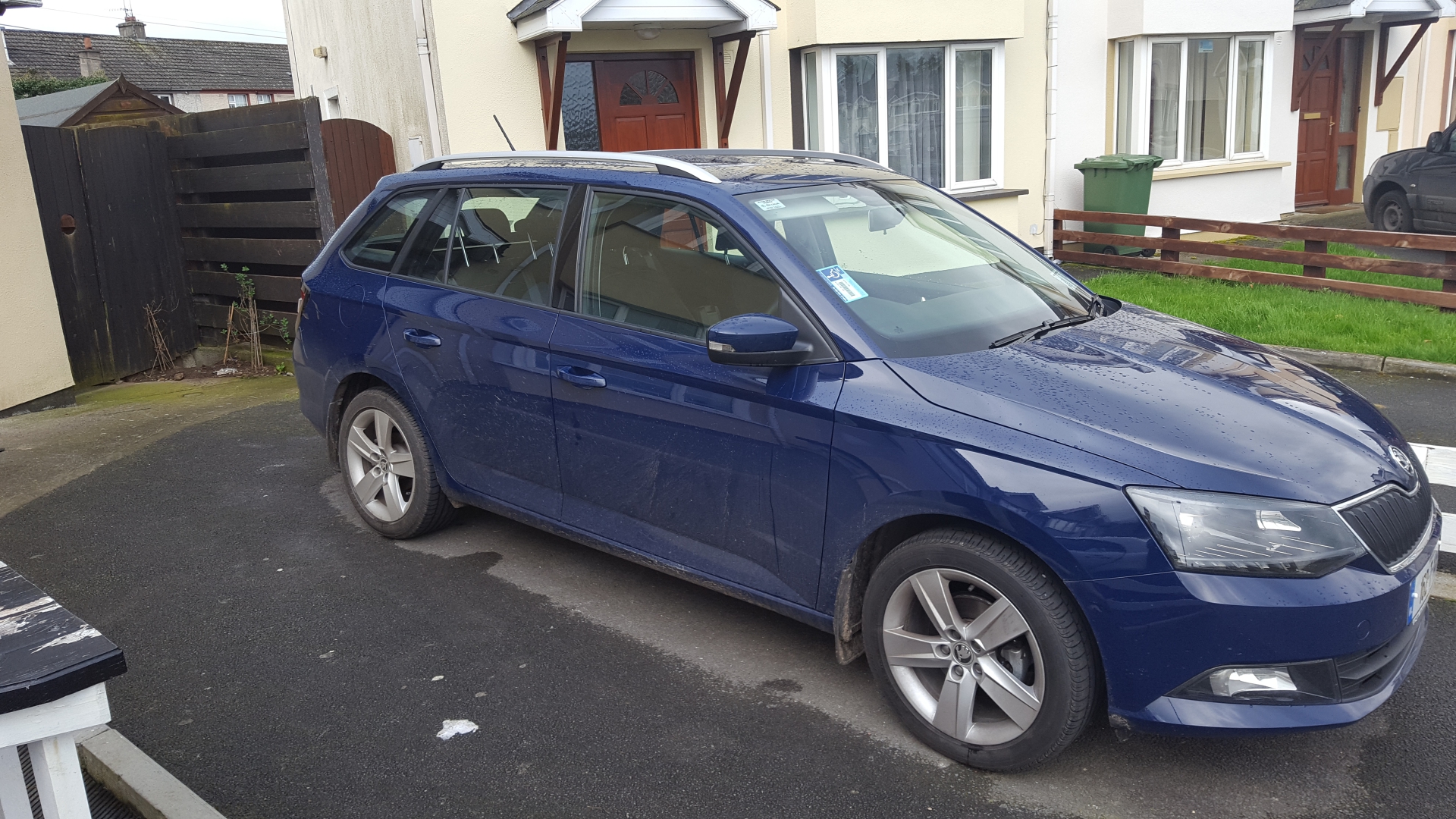 Paul is also "over the moon" with his recent appointment as PRO of the South Tipperary Branch of the Irish Wheelchair Association (IWA).

But despite appreciating a new sense of freedom, he says the icing on the cake would be landing a job.  “Getting work for a disabled person is a major problem in Ireland. I have been with employment support services, but I still can’t get a job. Yes I come with conditions, but as long as the ground is level I can do most things,” he expresses.

A painter and decorator by trade, Paul was diagnosed with type 1 diabetes in 1994, but it wasn’t until 17 years later that complications set in.

In 2011 he had  triple bypass surgery before having his right leg amputated a year later. He then tragically lost his left leg in 2014, recalling: “I went into hospital on the Friday after getting another blockage and my left leg was cut off by Sunday. I was given no chance”.

Paul’s health deteriorated further in 2015 when he got septicemia, followed by two seizures,  kidney failure and endocarditis (heart infection). “My public health nurse Trish Walsh called over one day to clean my stumps and said I looked awful. I didn’t want to go into hospital again and laughed it off, but she persisted until I went in.  She told me to lock my wheelchair down and not leave the hospital until I was thoroughly examined.

“I then remember sitting on a hospital bed vomiting and that was it. I went to cuckoo land for three weeks.

“I completely lost all coordination for about a week after being discharged. I couldn’t put a knife and fork together, and had to be brought to the toilet. It was scary,” Paul continues.

The father of Sarah (18) and Daniel (19) “can’t fault the HSE one bit” for how they’ve treated him and looks back on everything as an emotional rollercoaster.

“Doctors describe what I’ve been through as horrific, but I was never depressed. I’m on a waiting list to see a urologist and will need more open heart surgery in years to come, but I’m enjoying life more than ever. The frontline hospital staff have always been brilliant to me and I’m even learning to walk at the moment. It’s very difficult but I’m enjoying it.

“My story is a positive one, and medical staff totally understand me and like me for my success in overcoming the obstacles that have been thrown in my way.

“I don't remember being in pain much and look back on the experience as a journey. The people I’ve met along the way have been amazing, happy people. I don’t meet miserable people anymore; just positive people who have helped me when I’ve needed it the most”.

53 year old Paul is now living a “fulfilled life”, reveling in sharing his story with local schools and fishing with his friends.

“I do a lot with the IWA and go to their outreach centre in Tipperary Town every Tuesday. Every now and then I get to go out to schools and share my story. I find it quite satisfying and the IWA have been brilliant to me.

“A group of 12 of us, eight with disability and four helpers, go fishing once a month to different lakes around the south east.

“Losing both my legs has changed my life for the better. I see things clearer and I’m a happier person. I’m not stressed and in the rat race anymore,” he laughs.