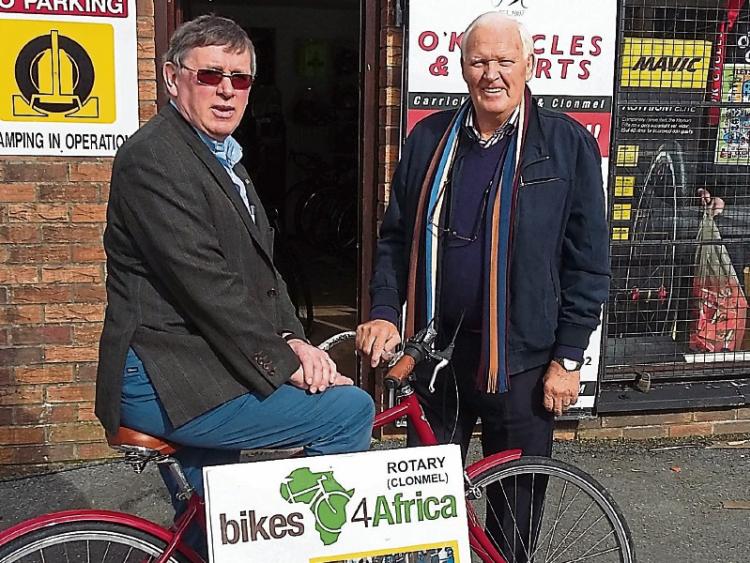 Clonmel Rotary Club’s 'Bikes for Africa' appeal is back and the organisation is hoping for a response similar to previous years.

The club is appealing for old bikes that are no longer being used and that are in good condition.

The old bikes will be made roadworthy and safe by inmates at Loughan House Prison, Co. Cavan, before being sent to Africa to be used by children going to and from school.

A similar appeal last year had a wonderful response with a lorry load of over 200 bikes collected in Clonmel.

"It was absolutely fantastic and we are so grateful to the people of Clonmel", says organiser Joe O'Sullivan.

"It just shows the generosity of people in the town to those who are much less well off,” he continues.

Joe and Rotary Club president Peter O'Donnell ask that bikes are brought to Dudleys Mills on the Coleville Road this Saturday, March 25, between 9.30am and 1.30pm.

Joe pays tribute to local businessman Larry O'Keeffe for sponsoring the transport of the bikes to Loughan House.

"This is a very worthwhile project that I'm sure will generate a response as generous as the past", president Peter O'Donnell believes.

"I'm sure that people who have unused bikes would love to see them put to such good use", he adds.