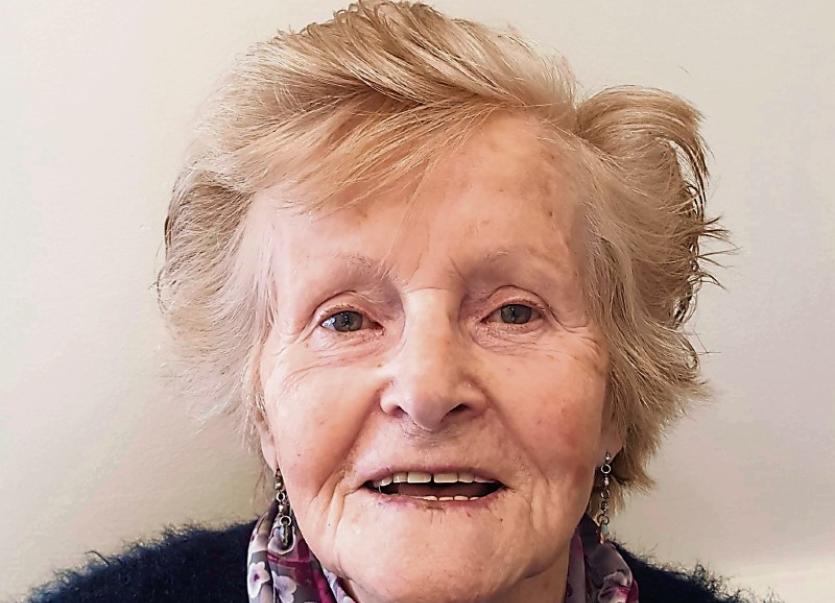 Carrick-on-Suir’s Alice Wall decided to develop her IT skills when she turned 80.

A 80 year old Tipperary woman is in line to receive a 2017 open eir Silver Surfer Award, which celebrate and recognise the achievements of older people using technology and the internet as well as the volunteers who teach these skills.
Carrick-on-Suir’s Alice Wall is one of twenty-five nominees from across Ireland shortlisted across five awards categories - New to IT, Hobbies on the Net, Golden IT, Silver Surfer, and IT Tutor(s) of the Year.
Age really is no barrier for Golden IT Award nominee Alice who decided that it was time to learn something new and contacted the Education and Training Board in Carrick-on-Suir for their assistance four years ago after her son Jim bought her a computer.
“My son Jim and his family were moving to Sweden and he bought me a computer so I could Skype, see the kids jumping around and send emails. I started going to computer classes in the Nano Nagle Centre and it's one of the best things I have ever done. I do everything online now, from banking to paying the car tax,” Alice tells South Tipp Today.
Alice has since achieved a number of QQI Level 3 modules including computer literacy, word processing, internet skills and communication. She now uses email, texts, Facebook and Skype to keep in touch with family and friends and says her new skills have given her a profound sense of self-confidence.
But Alice had her struggles along the way, continuing: “My son Jim got cancer and passed away, and I really thought I wouldn’t keep going to the computer classes. But I decided to continue in his memory, and I can't do without my computer anymore. Last week the broadband was down and I was lost without it.
“I shattered my wrist a year ago and was laid up for a while, but I’m back at it now and looking forward to developing my skills further.
“My teachers Maria Clancy and John O’Driscoll really helped me along the way, and I would highly recommend the classes to anyone who struggles with computers,” Alice advises.
Head of Advocacy and Communications with Age Action, Justin Moran, says the awards, now in their eighth year, are about driving home the benefit of being online to older people with the aim of getting more of them to give it a go. “It's hard to believe but the majority of older people, 53 per cent, have never been online. Only three per cent of those aged 75 and over have used the internet,” he suggests.
Commercial director with open eir, Orlagh Nevin, adds: “The internet opens up a whole new world to users and we want to recognise, celebrate and reward all of the great things our Silver Surfers are doing.
“Our rural high-speed rollout programme is giving more Silver Surfers in communities across the country the ability to access high-speed broadband, keeping families and friends connected no matter where they live or work.”
Alice will find out if she has been successful at an ceremony on Tuesday 28 March.