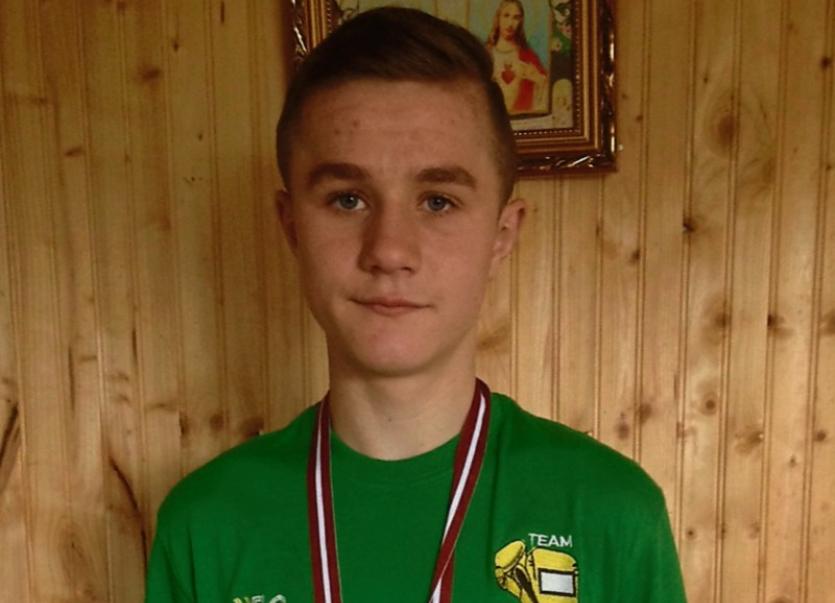 Clonmel’s Michael Tony O’Reilly had great success with the Leinster Development Squad at the Jelgava Open in Latvia over St. Patrick’s weekend.

A 14-year-old Clonmel boxer divided and conquered last weekend at a multi nations boxing tournament in Latvia, bringing home a gold medal to the Premier County.

Clonmel’s Michael Tony O’Reilly, who travels up and down to St. Michael's Boxing Club in Athy for training up to five days a week, was part of the Leinster Development Squad (LDS) that proudly represented Ireland amongst other nationalities including the host nation, Belarus, Estonia, Lithuania, Poland, Russia and Sweden at the Jelgava Open. 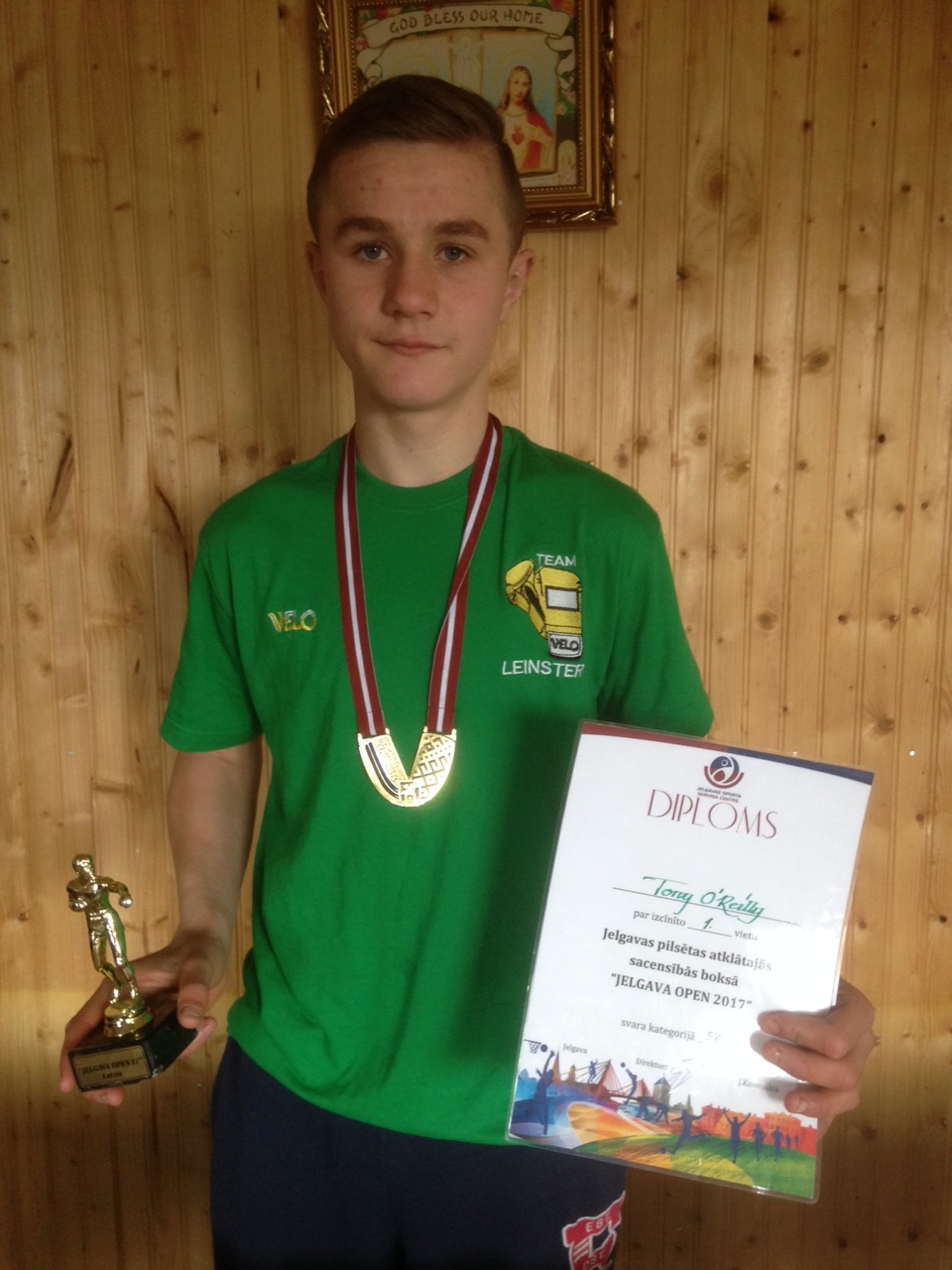 Proud boxer Michael Tony O’Reilly is over the moon after a great weekend in Latvia.

It was the 20th trip undertaken by the LDS in the last four years, with the five young boxers winning four gold medals and one bronze medal between them.

57 kg Michael Tony was first up in action, beating Lithuania’s Andreus Lavrenkovas 3-0 in the quarter final. The CBS High School second year student then overcame Kiril Koblasov of Belarus 3-0 in the semi-final, before dispatching Latvia’s Ivis Jass by the same score in the final to win gold.

The son of Ann and John O'Reilly from the Heywood Road in Clonmel first started boxing when he was 11 years old and has excelled ever since. Modest Michael Tony says his pre-fight preparation, which includes dieting,  jogging and sparring, keeps him on his toes and he is hungry for more success. 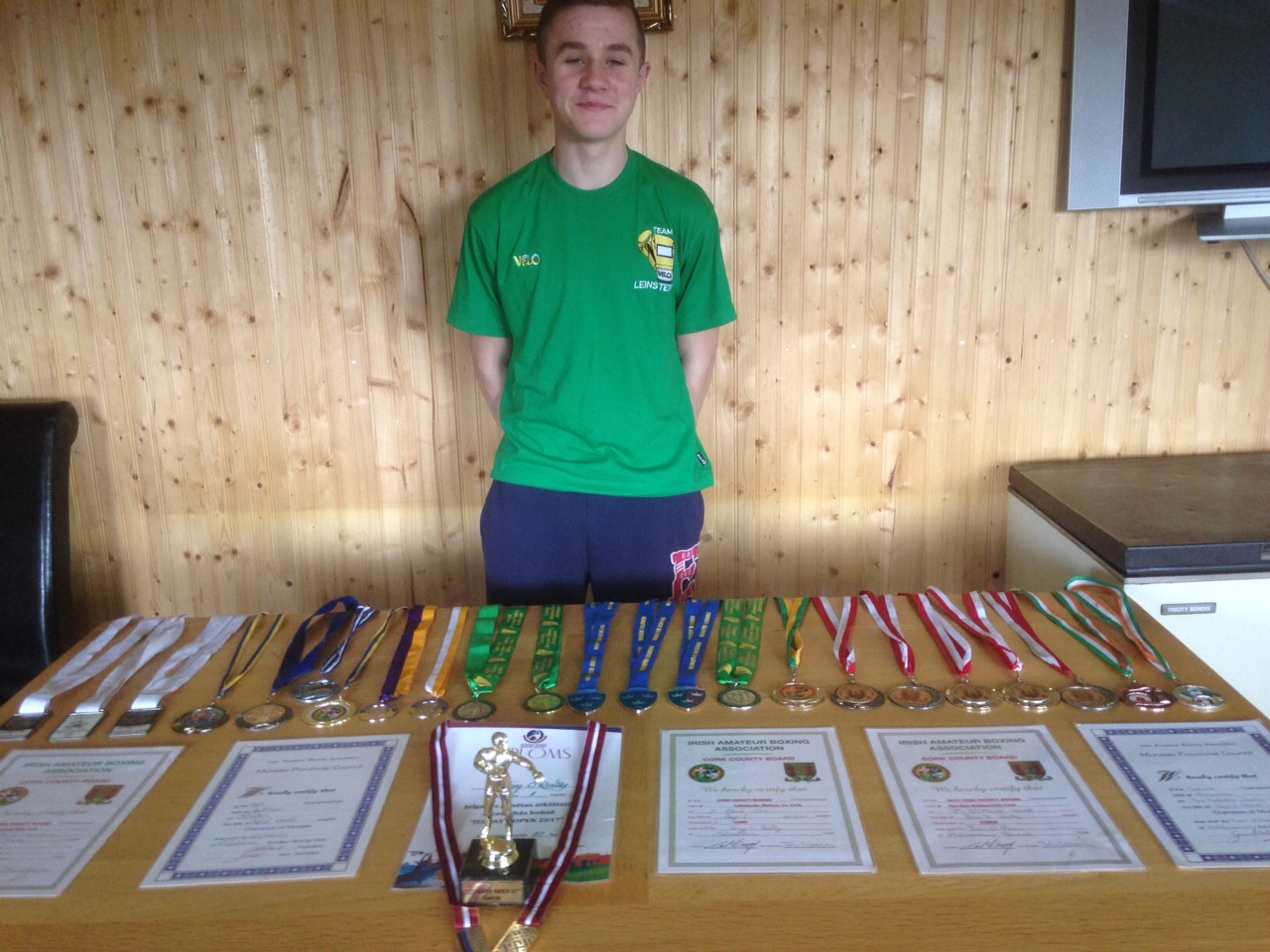 Michael Tony O'Reilly started boxing at 11 years old and continues to win medals for his stand out performances in the ring.

His four brothers and four sisters are very proud of him. He also loves football and GAA, and plays for Clonmel Óg.

Michael Tony's brother Rocky is making his confirmation on Friday (March 24) with his Ss. Peter and Paul’s classmates, two days before fighting with the Athy based club in a Leinster championship semi-final.

Michael Tony's past Ss. Peter and Paul’s teacher Orla Tobin is delighted with his latest achievement, describing him as a “shy, humble and lovely child” to teach.