Run from Tipperary to Kildare to remember Kevin Fogarty 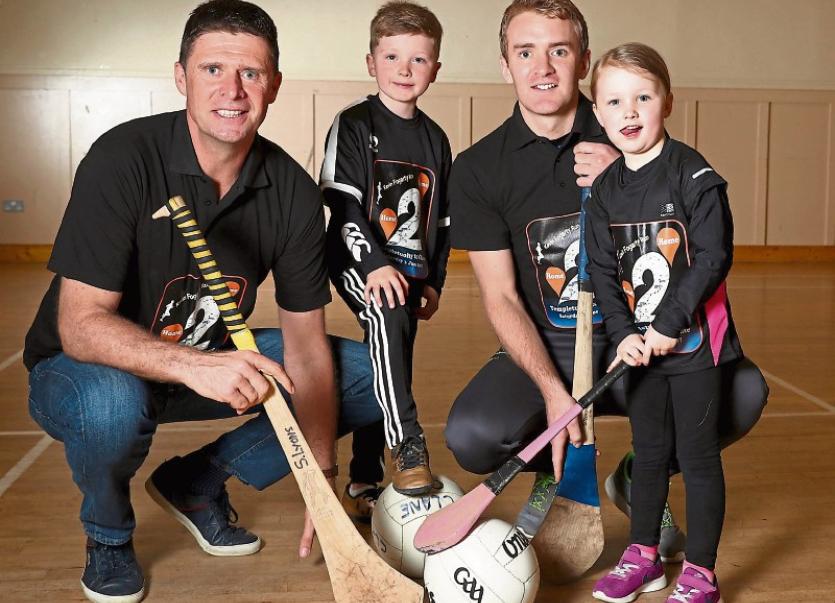 Sports stars Niall Quinn, Noel McGrath and Mark Walsh were on hand today (April 4) to launch a fundraising drive for a young Tipperary family who were recently bereaved.

Templetuohy’s Kevin died suddenly while on a family holiday in the UK.

Just a month before his death, Kevin had married his long-term partner Laurena Meagher of Knockinroe, Templemore.  The couple had been together since they were teenagers, and have two children, Callum (8) and Layla-Jane (5). 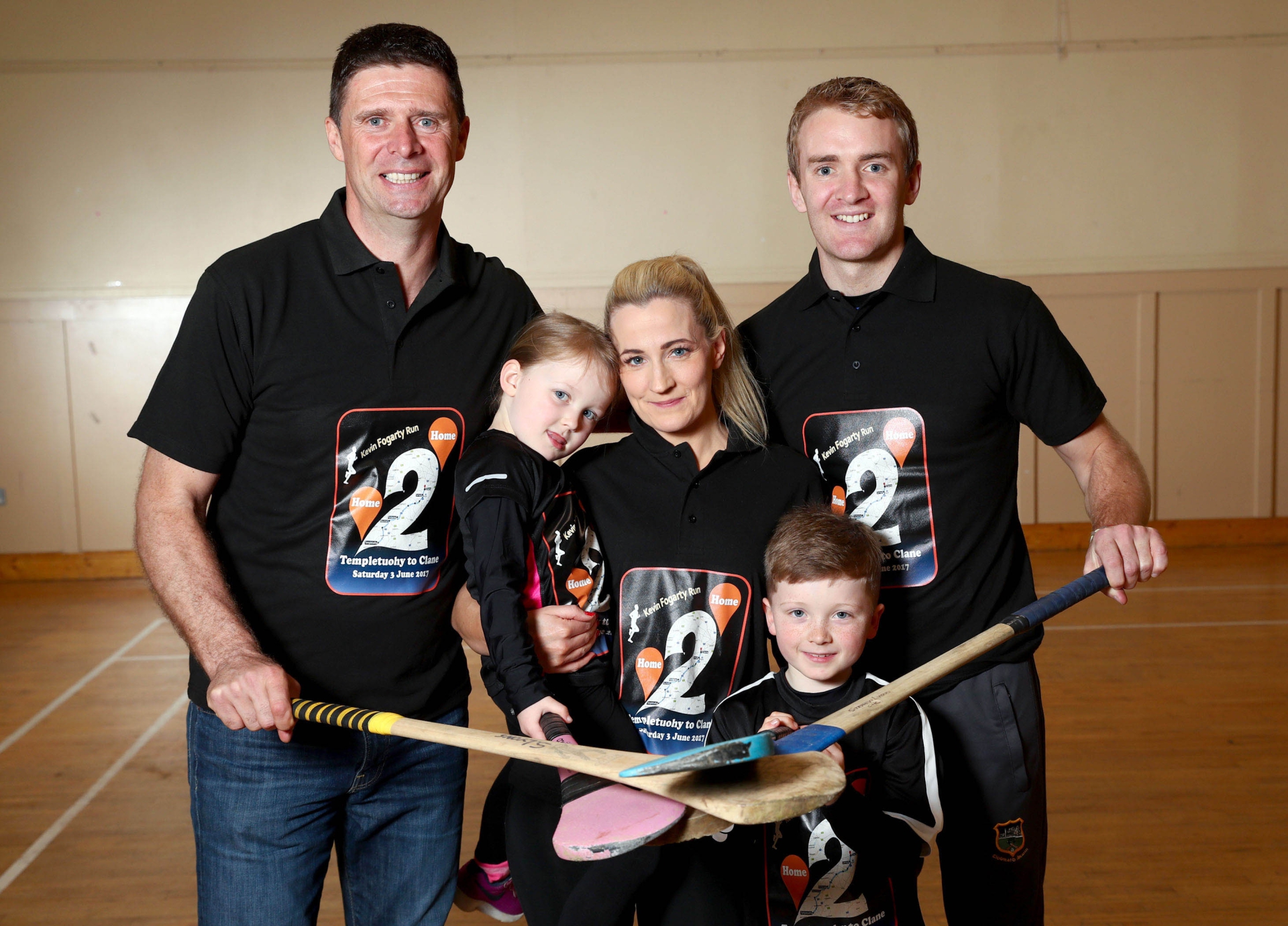 Kevin was a keen sportsman, with a particular talent for soccer and GAA.  He was capped for Ireland at under-age level, and attended trials for a number of Premier League clubs.  He played Gaelic football and hurling with Moyne-Templetuohy in his native Premier County for many years, before moving to Clane and joining the GAA club there.

In more recent years, he had been coaching Clane’s under-9 soccer team, of which his son Callum is a member.

Now, in the aftermath of Kevin’s untimely death, friends and family-members from Tipperary and Kildare are joining forces to hold a fundraising run in his memory.  The Kevin Fogarty Home2Home Run will see six of his closest friends run from Templetuohy in Tipperary to Clane in Kildare on Saturday 3rd June – a total distance of 125km.

The run will begin with a 5km family fun-run in Templetuohy at 8am on the day.  As Kevin’s friends arrive in his adopted hometown later on 3rd June, the fun-run will be replicated in Clane, starting from 3:30pm at Scoil Phádraig and running to Clane Football Club.

Participating runners will arrive at Clane Football Club in time for the presentation of medals for the ‘Kevin Fogarty World Cup Tournament’, which will take place at the club that weekend. To finish out the day, a social event will take place in Clane GAA Club at 8pm that night.

Commenting at the launch, Niall Quinn said: “My family comes from Tipperary and, like Kevin, I have made Kildare my adopted home.  His death at such a young age is devastating for his wife and children, and for his relatives and many friends.

“I would urge people throughout Tipperary, Kildare and further afield to get behind this fundraising campaign and donate whatever they can to help Kevin’s family,” Niall Quinn continued. 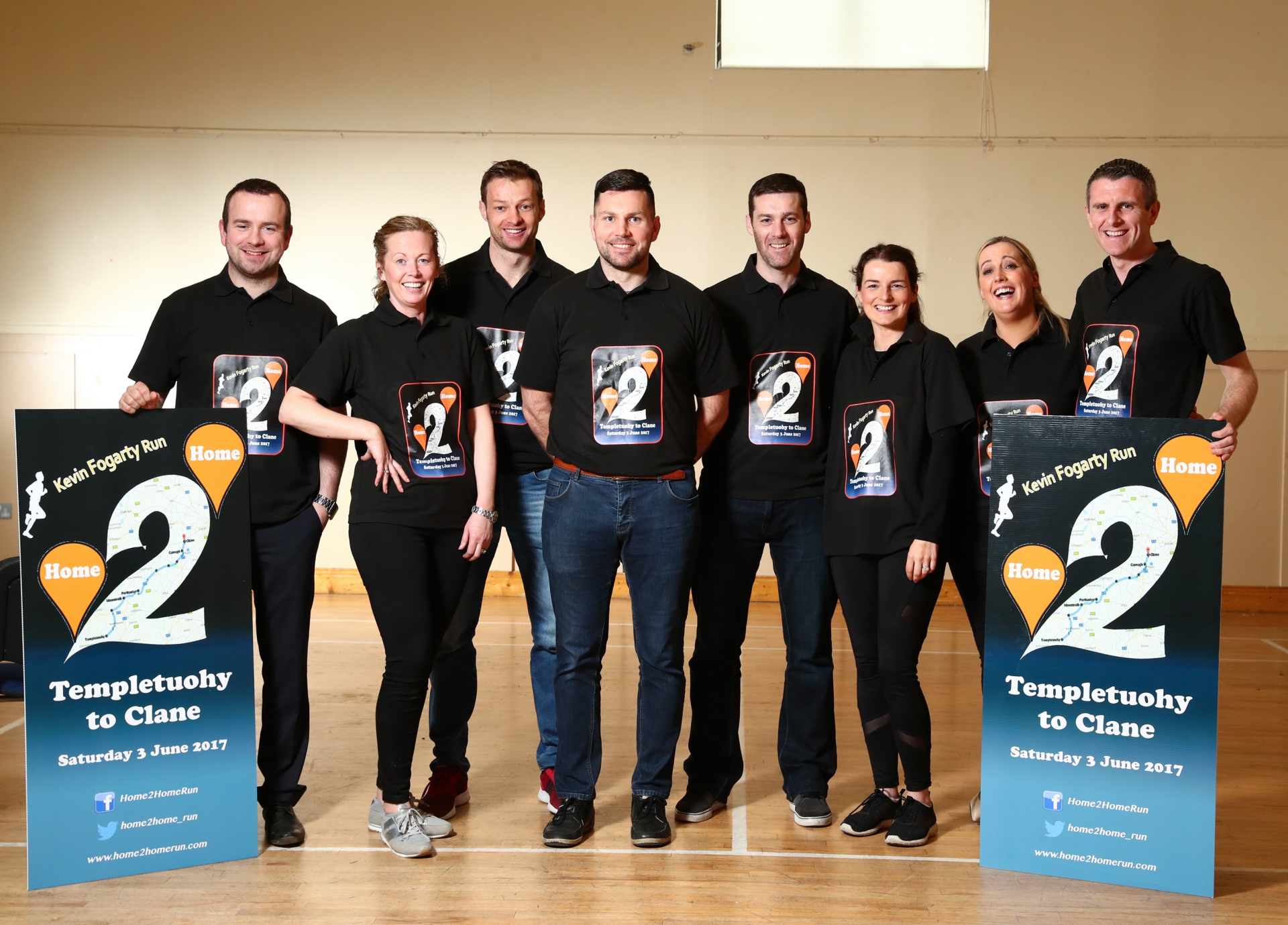 Noel McGrath said: “Kevin grew up not far from me in Tipperary.  For somebody who was so talented and enthusiastic about sports, it is a fitting tribute to hold a fundraising run in his honour.

“I wish the runners doing the Home2Home Run the very best of luck for June.  I will be doing all I can to support them and to spread the word about the campaign,” Noel McGrath added.

Also speaking at the launch, Kevin Fogarty’s sister-in-law, Eilish Meagher, thanked the communities in Clane and Templetuohy for rallying around the family in the aftermath of his death.

“Kevin was an adoring father and husband whose sudden death left us devastated,” Eilish said.

“Since December, we have been inundated with support and people have shown such kindness to my sister Laurena, and to their children Callum and Layla-Jane.

“When somebody dies so unexpectedly and at such a young stage, life is turned upside down.  We are hugely grateful that the communities in Clane and Templetuohy are now joining forces to help Laurena at this terrible time, and to support Kevin’s much-loved family,” she added.

Tickets to support the Home2Home Run are now on sale, priced at €25, or donations can be made through the campaign’s GoFundMe page.  All money raised will go directly to support Kevin’s family.