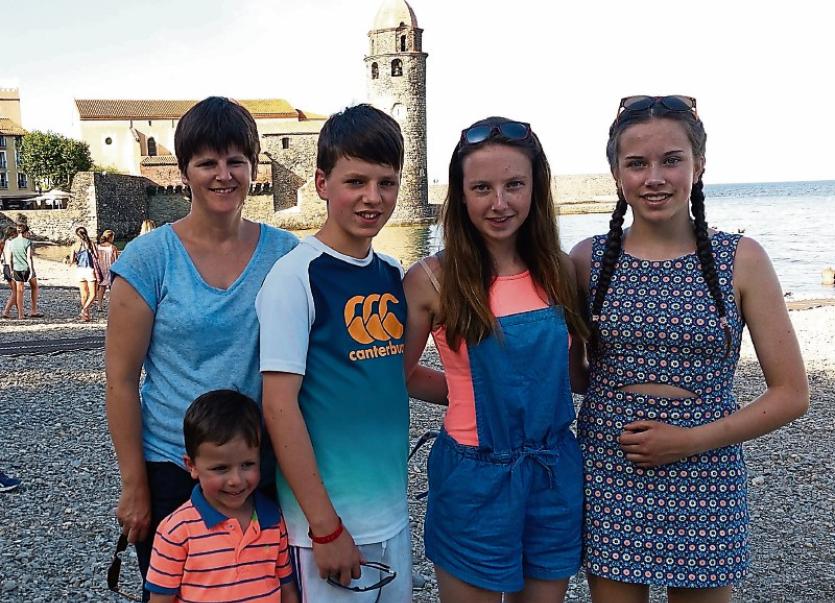 Pamela O’Donnell with her children - Adam, Kieran, Sarah and Laura.

Pamela O’Donnell’s daughter Sarah was diagnosed with coeliac disease in 2000 at one and half years old.

Pamela later found out that she too had the lifelong auto-immune digestive condition which causes an adverse reaction to eating gluten - a protein found in wheat, barley and rye.

Her other children - Laura (16) and Kieran (14) - were diagnosed with coeliac disease over the past three years, and Pamela now fears that her youngest son Adam may also be amongst the estimated one in every 100 people in Ireland affected.

The O’Donnell’s initially had separate toasters and kitchen presses to facilitate the dietary requirements of the family, but as of late the entire house has gone gluten free.

“Sarah was extremely sick when she started on solid food,” Pamela tells The Nationalist.

“Nothing stayed down, and she had faded away and was completely malnourished by the time we figured out what was wrong.

“Any child who doesn't thrive after gluten is introduced into their diet should be tested for coeliac disease. It does happen more routinely now, but 17 years ago it was probably the last thing that was considered by the medical profession," she continues.

Pamela, whose mother and two sisters also have coeliac disease, highlights the worrying symptoms of the disorder that she has seen first-hand.

“Vomiting, diarrhoea, failure to thrive, mouth ulcers, pot belly and very thin limbs are common in small children. Anaemia, extreme and excessive tiredness that won't resolve itself, and stomach discomfort are things to watch out for in teenagers,” she underlines.

Pamela says ‘if in doubt, get checked out’ by a healthcare professional immediately.

"People tend to think there is no need to go for a biopsy if their bloods are fine. They miss the diagnosis and go on to suffer for years thinking that it's irritable bowel syndrome or something similar and they could have been sorted earlier,” Pamela explains.

Pamela feels coeliacs in Ireland are struggling with the cost of gluten free products, and is calling on the Government to assist families in need. “It costs us triple what the average family spends a week on food. We have to pay full price for everything which is stretching a lot of families to breaking point, especially if they have more than one coeliac.

"I urge the Government to help coeliac families in the future,” Pamela adds.

Coeliac Awareness Week, organised by the Coeliac Society of Ireland in partnership with SuperValu, takes place all this week (May 8-15).  More information right here.