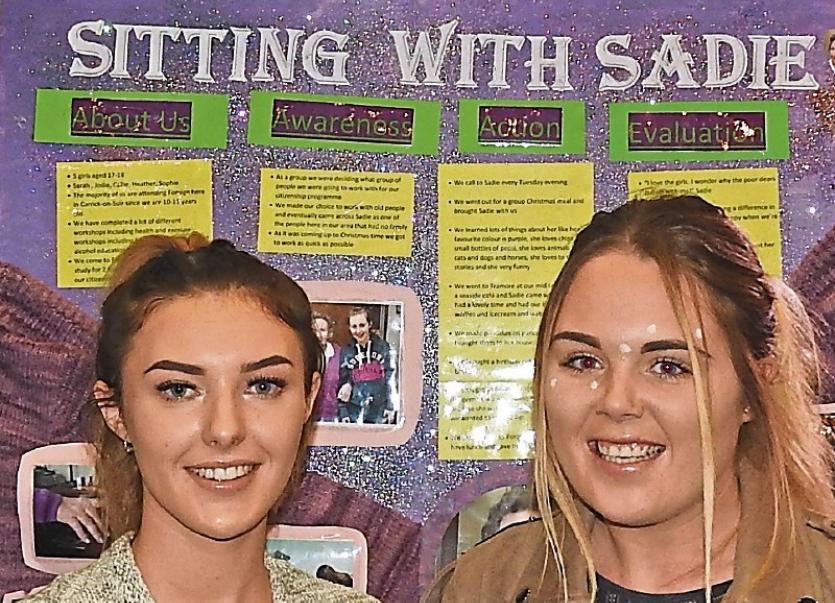 Projects from Carrick-on-Suir Neighbourhood Youth Project (NYP) represented the Premier County at the Aldi Foróige Youth Citizenship Awards in Citywest Hotel and Conference Centre recently where over 2,300 young people from across Ireland showcased their work in the community.

204 groups took part in the awards, with projects covering topics such as equality, homelessness, mental health, culture and much more.

The ‘Sitting With Sadie’ group from Carrick-on-Suir Neighbourhood Youth Project (NYP) were lauded for befriending an elderly lady in their community called Sadie. Sadie has no family in Ireland, so they visit her every week and bring her on outings. Sadie is in her eighties but is a very good talker and the girls have learned a lot from her sharing experiences. The young people visit Sadie, do her nails, and sometimes bring her to lunch.

The ‘Our Genderation’ group from Carrick-on-Suir NYP identified a need to destigmatise the LGBTQ+ community following homophobic discrimination in their schools and community. Aware of the lack of safe spaces and services for the LGBTQ+ community outside of Dublin, Our Genderation began their campaign for inclusivity. The group began by making their Foróige space more gender neutral and painting a Christmas window display in the local café with inclusive messages. The group continued their efforts through selling rainbow jelly bands and wearing tie dye t-shirts. 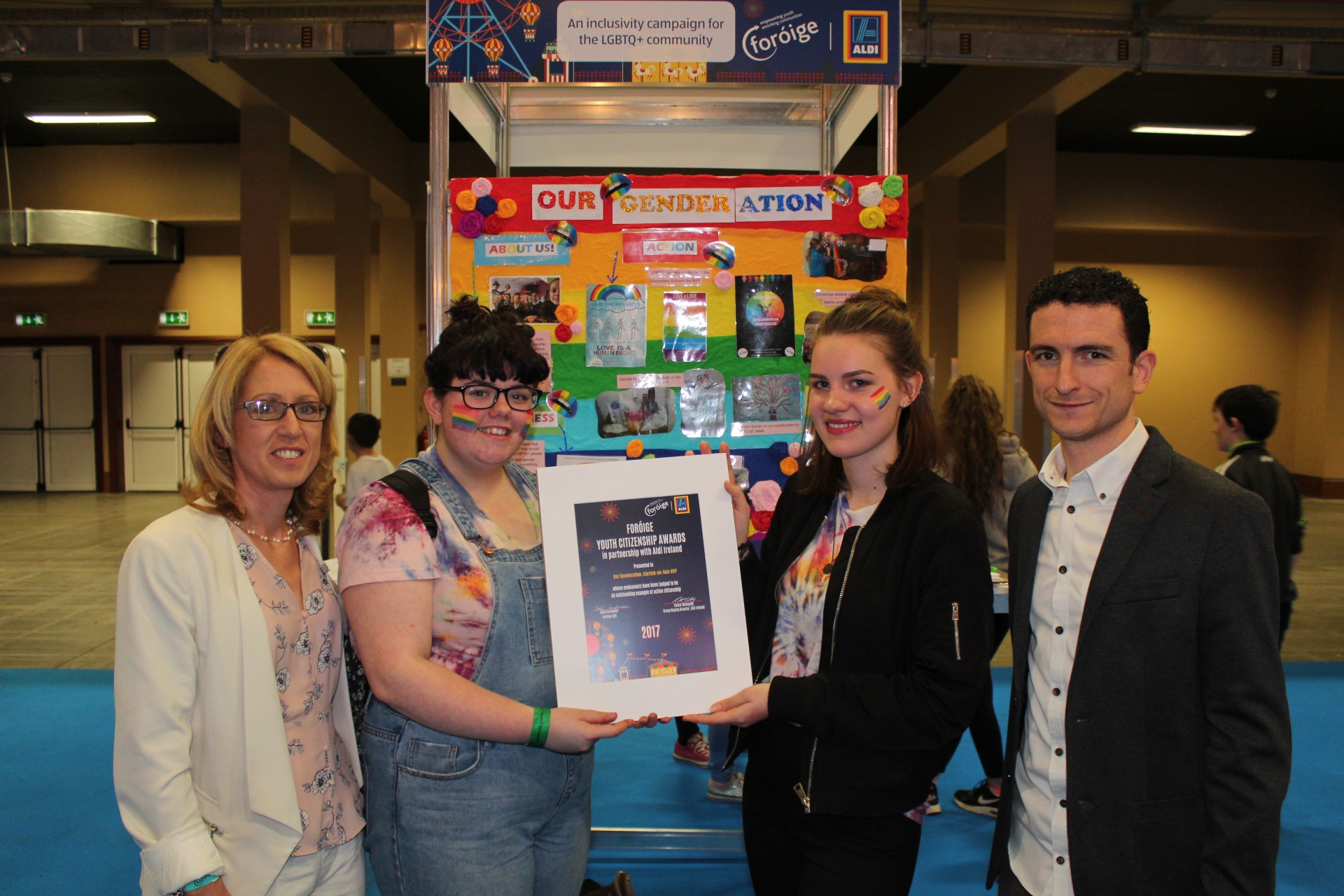 ‘The Shamrockers’, after discussion about the important issues which affect them daily, decided to raise awareness of Pieta House and Foróige. In order to raise awareness and much needed funds, the group held a bake sale at the local St. Patrick's Day parade as they felt this would enable them to reach a large group of people. Everyone got involved in the project between advertising, providing music, designing the stand and of course baking. Any remaining baked goods were donated to St. Conlan's Nursing Home. 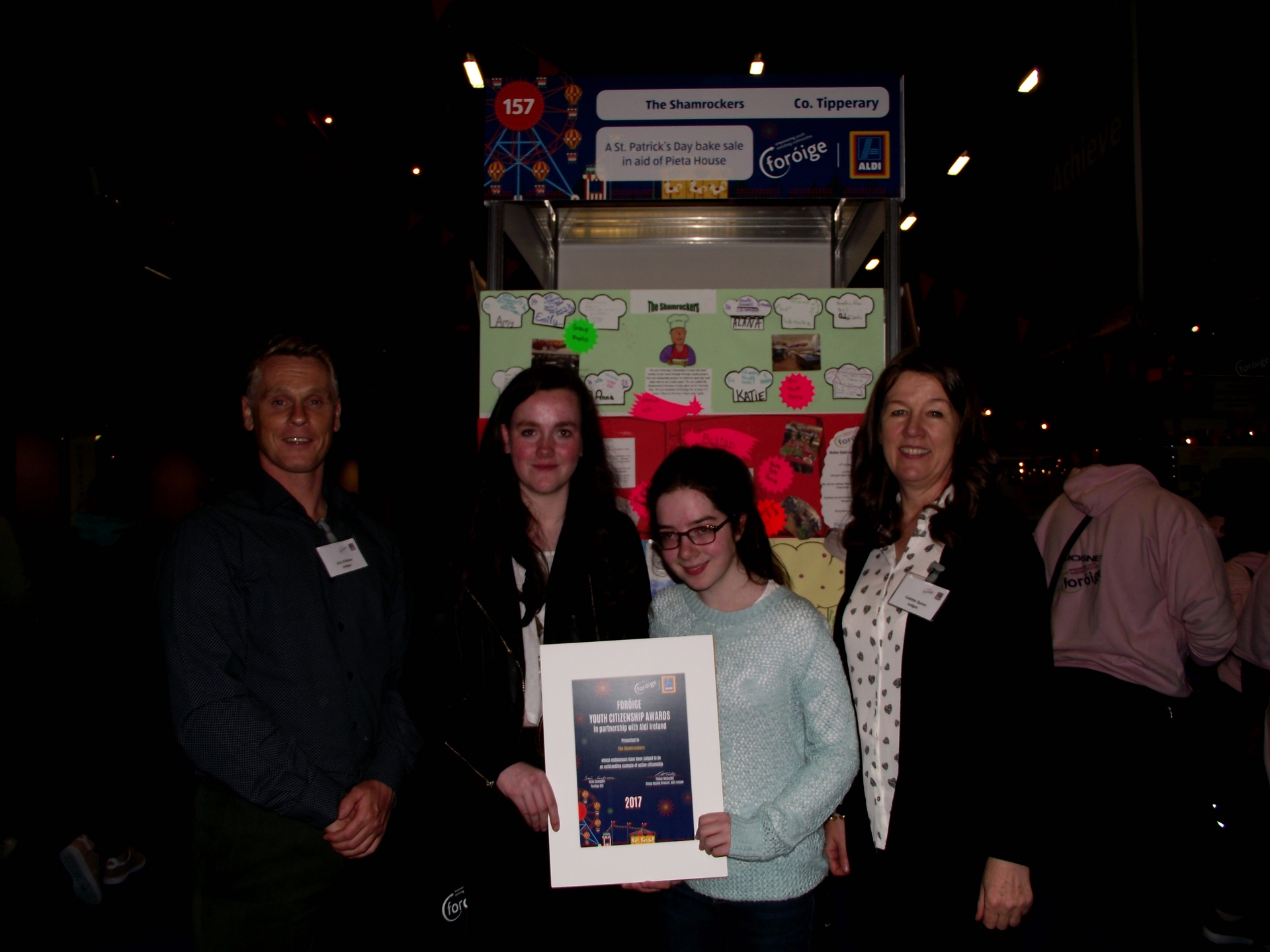 Eric O’Brien (Foróige area manager) and Collette Quinn (An Garda Síochána) presenting Emily O’Reilly and Amy Lombard of 'The Shamrockers' with a certificate.

A group from Nenagh Youth Project Girls Homework Club decided to take part in ‘Foróige's Fab Feb’ by designing an anti-bullying campaign. The group created a list of helpful tips for young people in their school. They then created a display board to include the poster with tips on what to do if you are experiencing bullying. They sought permission from the school principal to display the poster in the school. 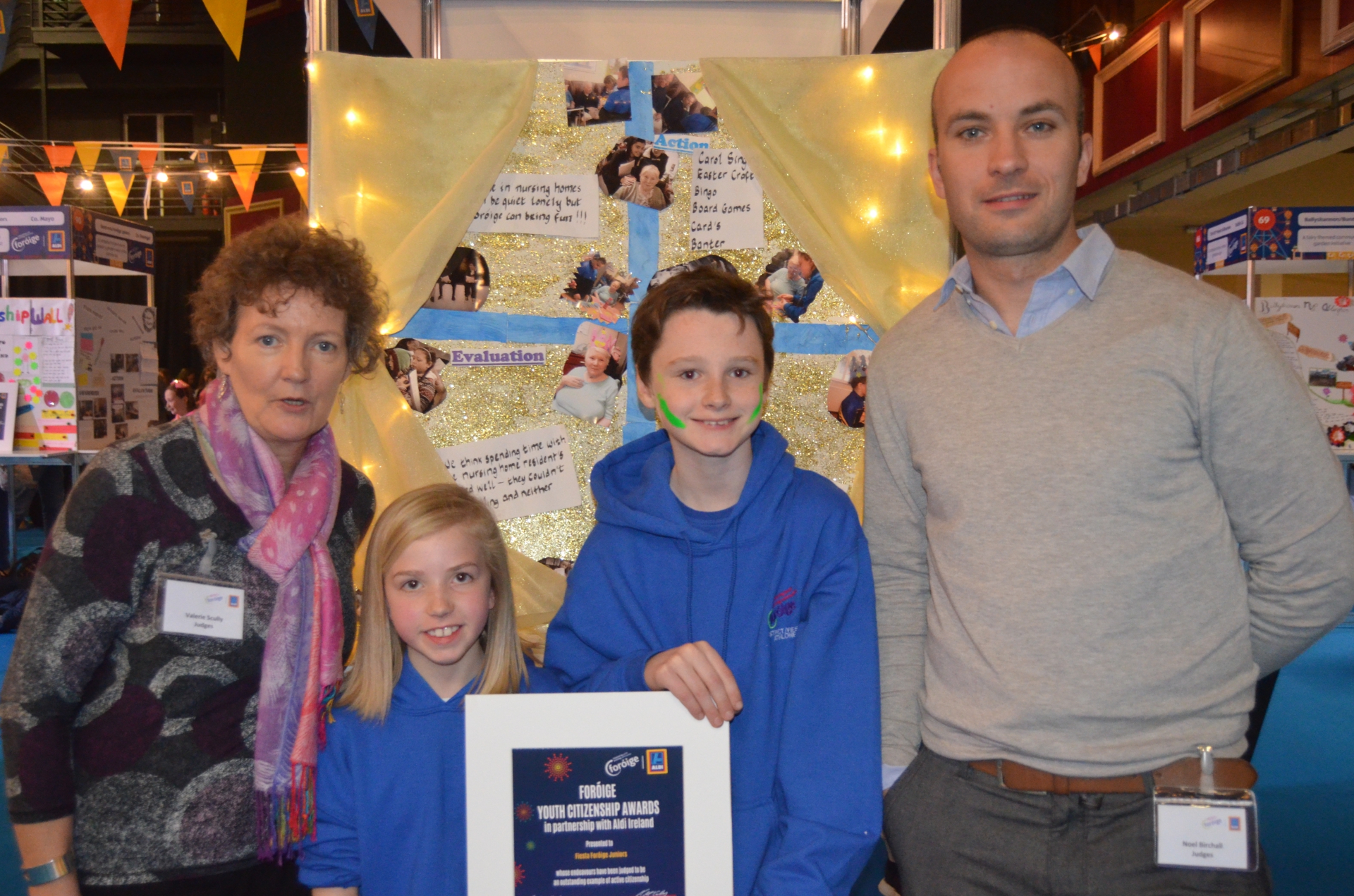