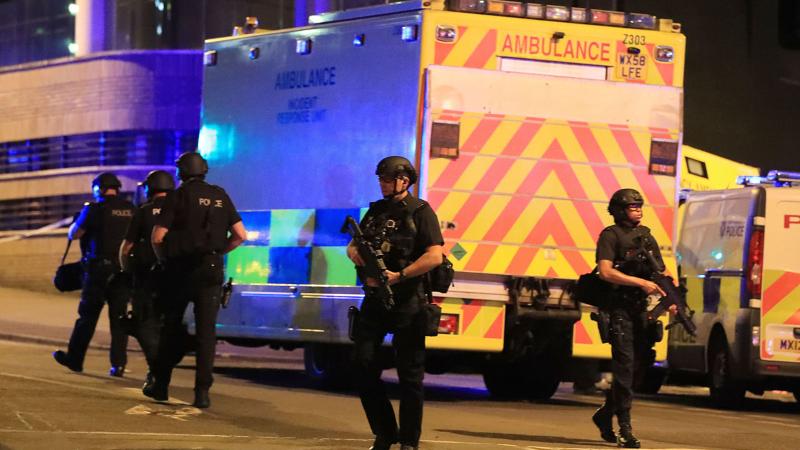 South Tipperary and County Waterford have paid tribute to those killed and injured in the Manchester Arena terrorist attack.

Communities across South Tipperary and County Waterford stand united with the people of Manchester following an act of terrorism on Monday night (May 23).

The attack was carried out by a lone male suicide bomber at the Manchester Arena, who died after detonating an improvised explosive device at the end of US singer Ariana Grande’s concert, killing 22 people including an eight year old and leaving 59 others injured.

The suspected bomber has been named as 22-year-old Salman Abedi, with Isis claiming responsibility for the atrocity.

The thoughts of people across South Tipperary and County Waterford are with those affected, with some paying tribute on Twitter and Facebook.

Dillon...‏ @DillonS1997: Imagine thinking your mate/sibling/child was off out for a great night at a concert only for them never to come home...horrible stuff

Glenn Daniels‏ @SirGlennDaniels: Some seriously twisted and delusional people in the word to continue doing stuff like that #ManchesterArena #Manchester

Aoife Cooney‏ @cooney_aoife: The fact that they could target a place that was full of teenagers and children is absolutely disgusting #Manchester

Tipperary Sinn Féin councillor David Dunne wrote on Facebook: Why do this to young kids enjoying a music concert.

Stars from across the world have also shown support to the people of Manchester, including former residents of the city.

Cristiano Ronaldo: So sad to hear the news from Manchester. My thoughts are with the families and friends of the victims. #PrayForManchester

David Beckham: Heartbreaking news from Manchester. As a father & a human what has happened truly saddens me. My thoughts are with all of those that have been affected by this tragedy...

UEFA has confirmed that there will be a minute's silence prior to the Europa League final between Ajax and Manchester United in Stockholm on Wednesday night (May 24).

“The opening ceremony will also be considerably reduced as a mark of respect for the victims of the Manchester attack. This will mean that Swedish artists Axwell ^ Ingrosso will now not be performing before the final,” UEFA stated.

Manchester United, who cancelled their pre-match press conference in the wake of the attack, will wear black armbands for the final.

Jose Mourinho: "We are all very sad about the tragic events last night; we cannot take out of our minds and our hearts the victims and their families….

"I know, even during my short time here, that the people of Manchester will pull together as one."

Paul Pogba: My condolences to all families of the victims in Manchester and to all families who are losing loved ones in so many countries due to acts of violence. @manchesterunited #MUFC