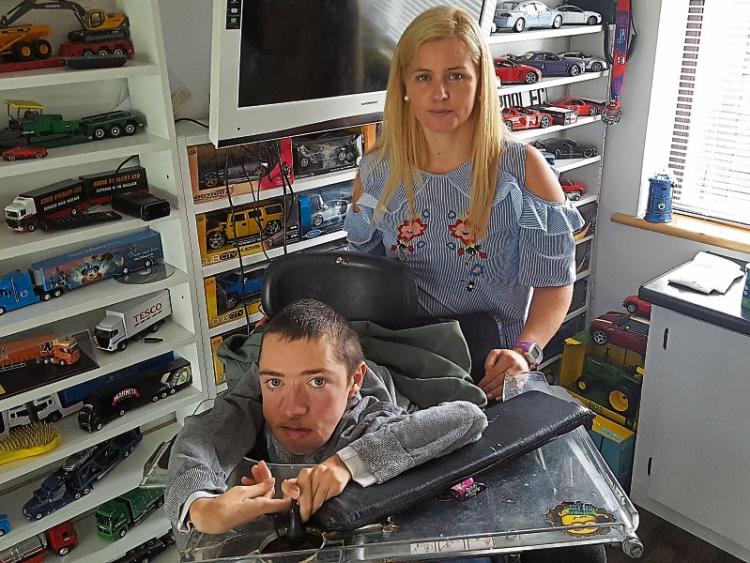 Stephen Ryan with his mother Nicola from Knockgraffon, Cahir.

A 22-year-old Tipperary man with Duchenne muscular dystrophy has put getting a job in computers at the top of his bucket list, having already ticked off going to a Liverpool FC match at Anfield and completing the Cork City Marathon.

Stephen Ryan, the son of Donal and Nicola (née Kirwan) from Knockgraffon, Cahir, has been in a wheelchair since the age of six. Stephen was in primary school in Cashel when he suddenly lost the ability to walk.

More recently he graduated from Cashel Community School, before completing a course in computers at CTI in Clonmel.

But since leaving education Stephen has been housebound because he can’t get work and Nicola has given up her job to look after him.

Despite being in a wheelchair, Nicola says her son is more than capable of working with computers.

Stephen has already enjoyed work experience at Morrison BMW (Cahir), Jim Strang and Sons (Kilsheelan), and Kentz Group (Clonmel), and is dreaming of getting out of the house and interacting more with society.

“Living with Duchenne muscular dystrophy is my way of life,” Stephen tells The Nationalist.

“I got on great in school and made many friends. My friends are always asking me to do them up CVs, make cards and give them tips on using computers.

“I would love a carer around my own age that I can chat to until I find work, but I no longer have allocated carer hours since finishing education,” Stephen continues. 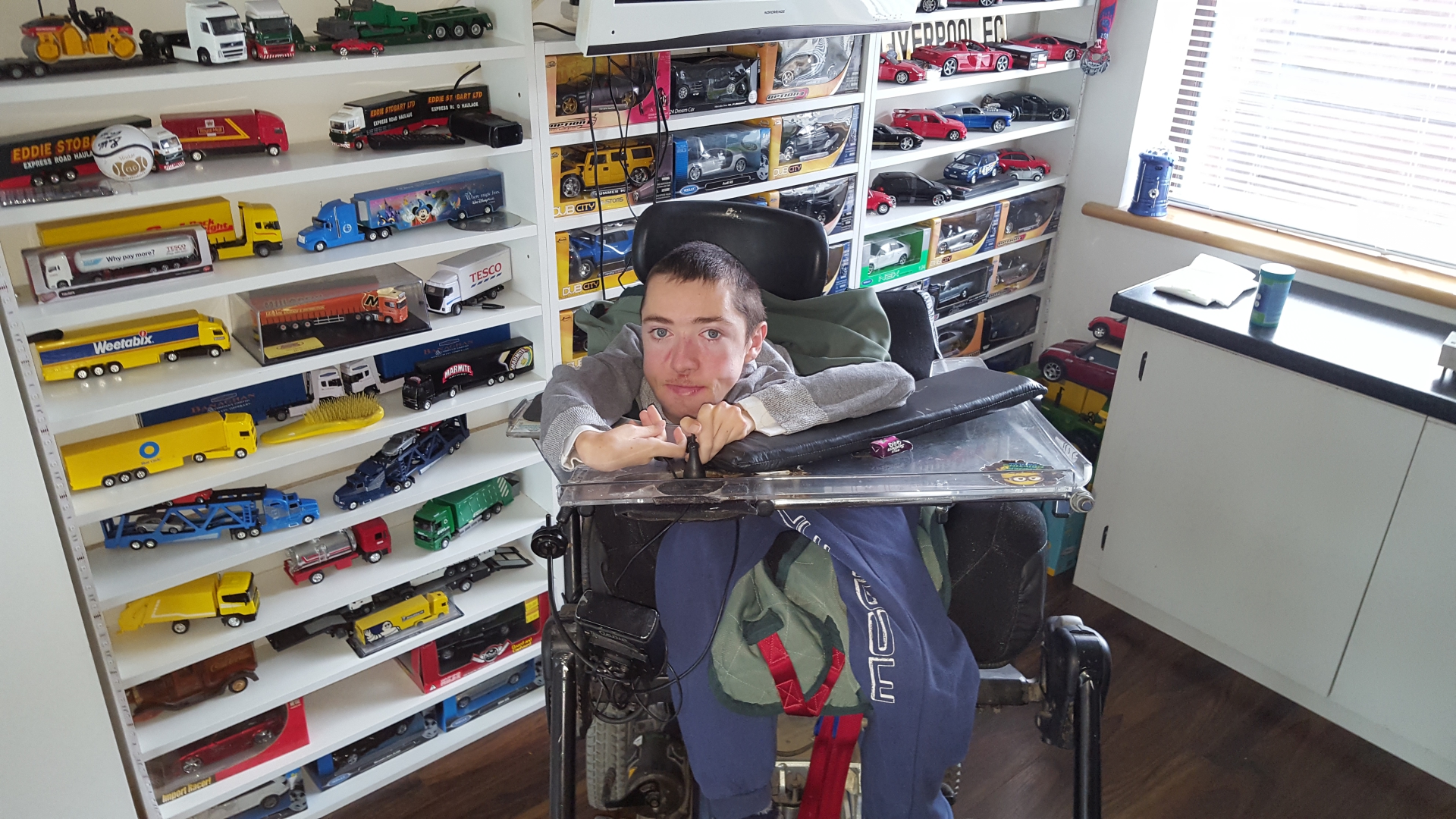 Stephen Ryan has been in a wheelchair since the age of six.

Nicola lost her brothers Dermot, Christopher and Kevin - all aged between 14 and 16 - in the space of 13 months to Duchenne muscular dystrophy, a condition that results in progressive weakness and loss of muscle mass. She finds light at the end of Stephen’s tunnel, but at the same time highlights that the lack of knowledge surrounding the condition and limited supports make treating emergencies difficult.

“If Stephen spends any more time with me he’ll crack up,” Nicola laughs.

“He is lucky in that the machines and treatments available today are a lot more advanced than when my brothers died. Stephen has a better quality of life than they did, but at the same time faces many challenges.

“We brought him to Clonmel with a swollen tongue recently and I had to explain everything about his condition. He only gets to meet his doctor once a year in Cork for a check-up.

“Stephen’s life is his wheelchair, but if it breaks down there is no back up supports,” Nicola suggests.

Stephen has benefited for being amongst the 740 members of Muscular Dystrophy Ireland nationwide, a voluntary organisation that supports people who have muscular dystrophy and related neuromuscular conditions and their families. However, travelling to the support group meetings in Kilkenny can be difficult at times for the Ryan family.

“Stephen really enjoyed going to the support group and made a friend there who he went on outings with. It would be great if there was something set up more locally in Tipperary.

“Muscular Dystrophy Ireland have been good to Stephen and try their best to get him things he needs if they can,”  Nicola continues.

Nicola proudly recalls Donal pushing Stephen across the finish line at the Cork City Marathon last June. “It was a great moment, and going to the Liverpool and Burnley match at Anfield last season was brilliant too because it took us years to get tickets,” she smiles. 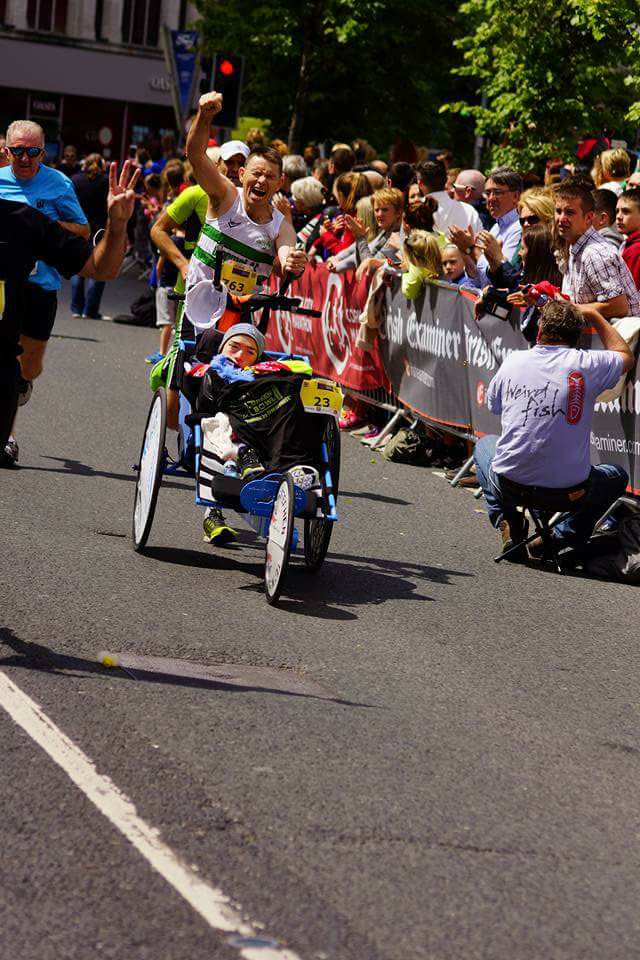 A proud Donal Ryan pushing his son Stephen across the finish line at the Cork City Marathon.

Stephen’s bucket list isn’t finished there. Having also already ticked off building a rally car, and owning a hot rod and tractor, he plans on continuing making waves down the list. Stephen can no longer travel by plane because of his curved back, but would love to go on a holiday to France where the family could venture by car.

Rally fanatic Stephen is also dreaming of going to the Donegal International Rally, the World Rally Championship, the Goodwill Festival of Speed, and the Autosport International at the NEC in Birmingham;  building a show car; hiring a rally car; owning a truck and a motorbike; and visiting Prodrive and M-Sport. “Stephen is a massive fan of Craig Breen, and Craig has been very good to him. He came to Stephen's 21st birthday and always goes out his way to meet Stephen at rallies for a chat,” Nicola praises.

“Having it in the family, I was able to recognise the symptoms in Stephen straight away.  Over time we have learnt to live with Duchenne muscular dystrophy and get on with it,” Nicola adds.