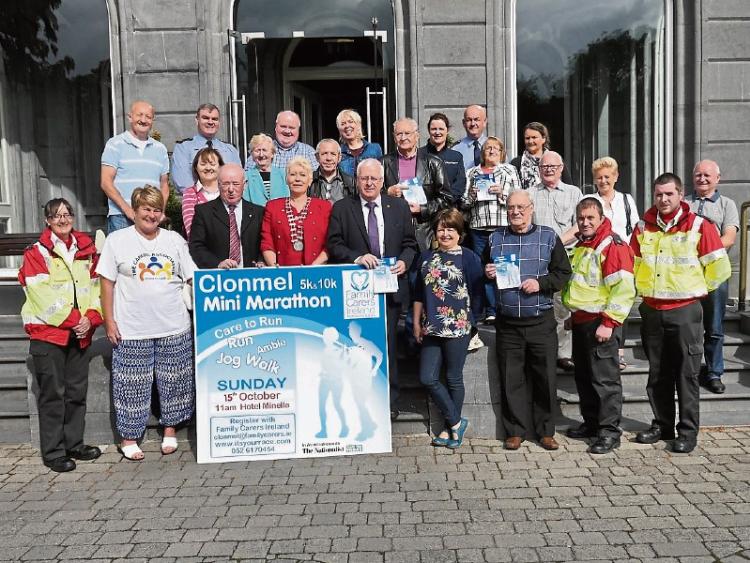 The gathering at the launch of Family Carers Ireland's Clonmel Mini Marathon at Hotel Minella.

There will be great prizes at the family-friendly fundraiser which includes a 10k and a 5k route, and takes place on Sunday 15th October at 11am from Hotel Minella.

Cllr. Molloy said funds raised from this event, now in its 12th year, will go towards respite care. “We have 30 respite workers in South Tipperary who go out to homes for three hours a week and give carers a break,” he highlighted.

Cllr. Molloy acknowledged the tremendous support the mini marathon has received over the years from volunteers and the Order of Malta who help with stewarding on the day. He thanked Clonmel AC's Niall Quinn for setting out the two routes for Family Carers Ireland's Clonmel Mini Marathon this year and for organising chip timing. He encouraged participants to avail of parking at Clonmel Greyhound Stadium on the day and to walk to the starting point at Hotel Minella. 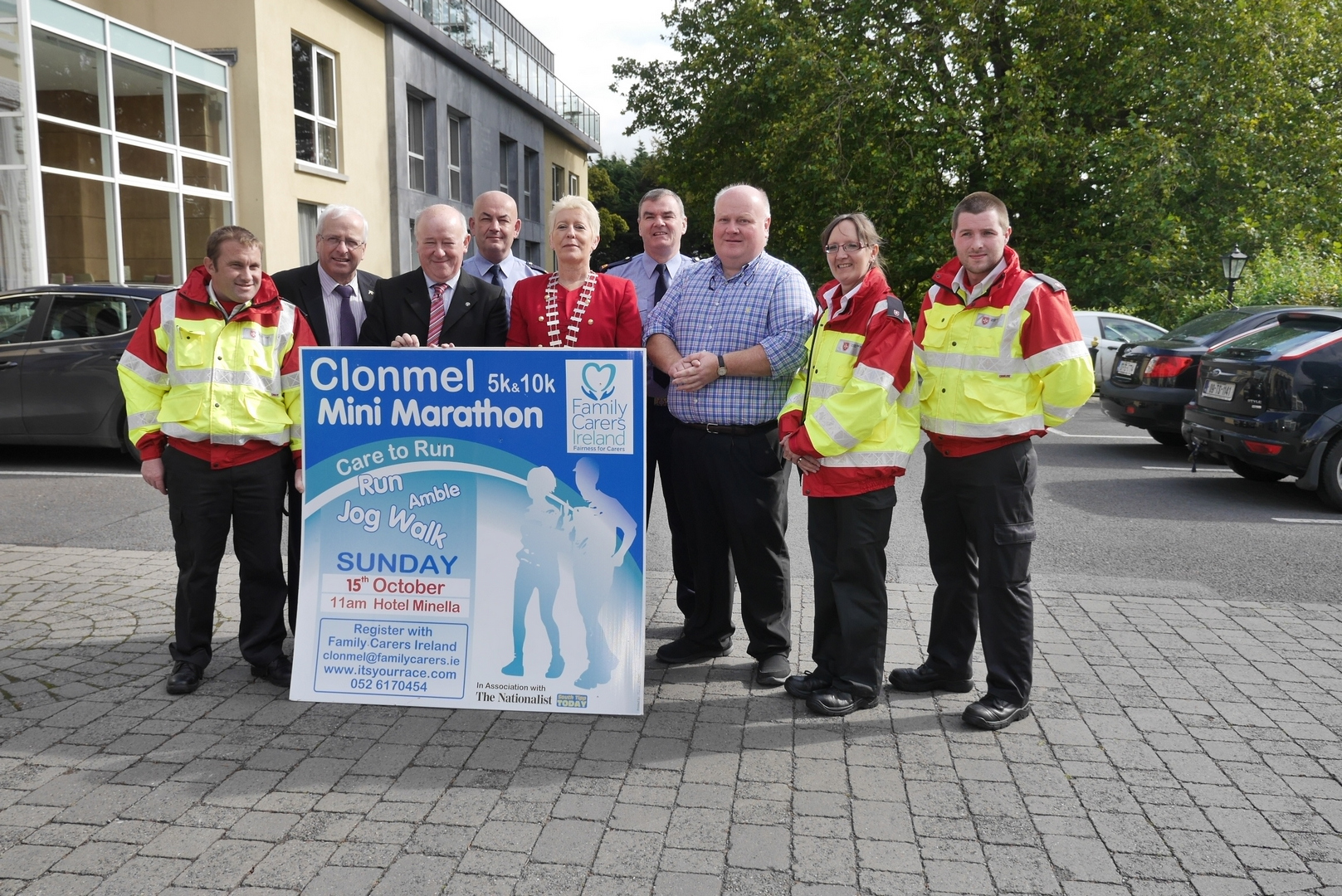 Mayor Catherine Carey praised the “phenomenal” work carers do daily in South Tipperary and across Ireland. She acknowledged the difficulties local families face since the closure of St. Michael’s Hospital and the trolley crisis, but said things would be “so much worse” without carers.

“I know what it is like to be a carer and the work ye do is phenomenal. My husband had a brain injury after a bike crash and I had to care from him,” she recalled.

“Carers are angels and the work ye do to keep loved ones at home is fantastic. The mini marathon is a fantastic cause and I encourage people to get involved,” Mayor Carey continued. 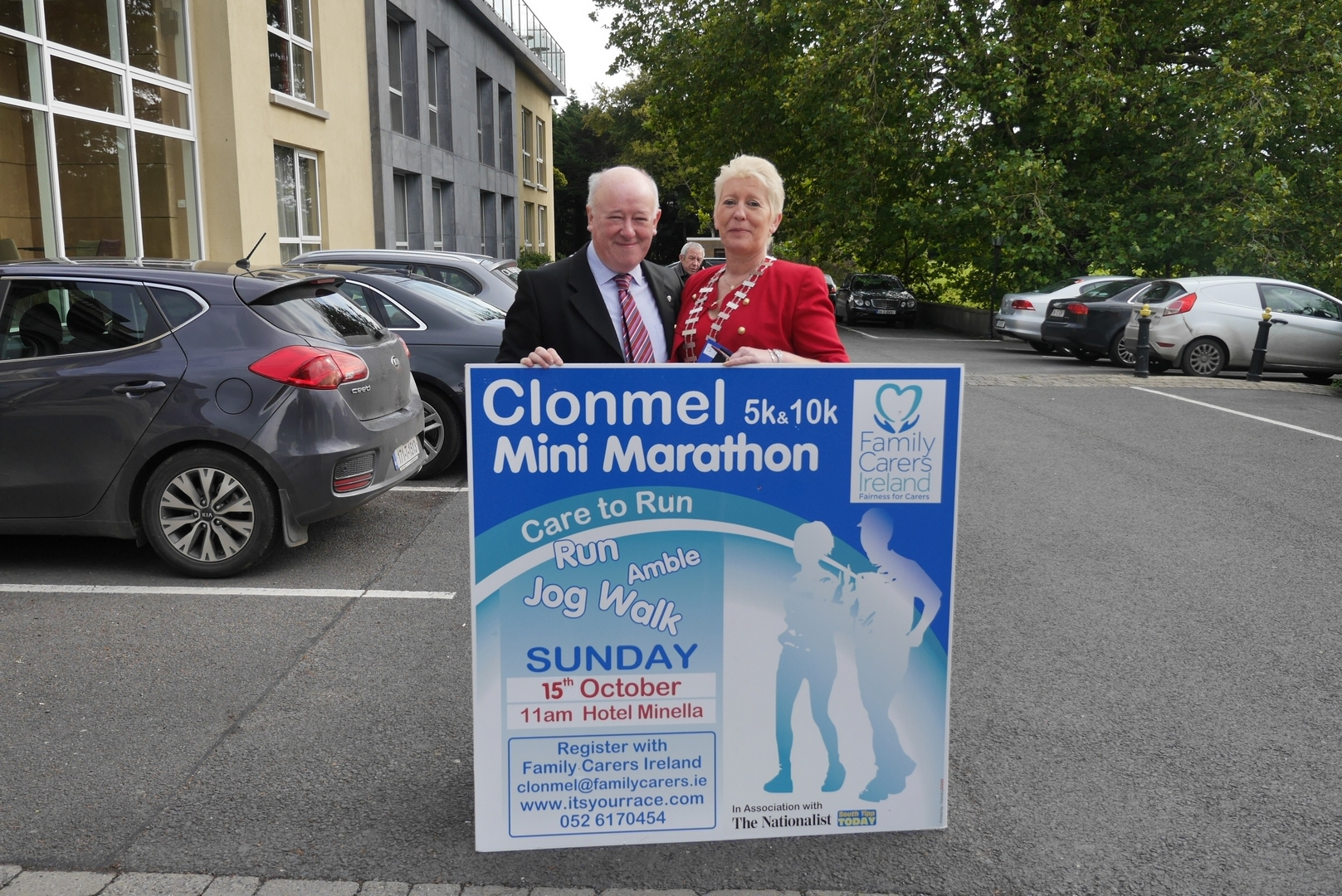 Mattie McGrath TD said the event has been “wonderful” over the years, before underlining the importance of carers. “Ye are caring, quiet, behind the scenes people.

“The marathon helps to lessen the burden and gives ye a break because people get stressed when their lives are thrown into crisis.

“The marathon is uplifting, there is a great buzz around the place and people love it. It is an outlet for people and a very valuable fundraiser,” Deputy McGrath smiled.

Inspector James White has the “height of admiration” for carers. He said An Garda Síochána are delighted to be associated with the mini marathon and wished the fundraiser continued success. 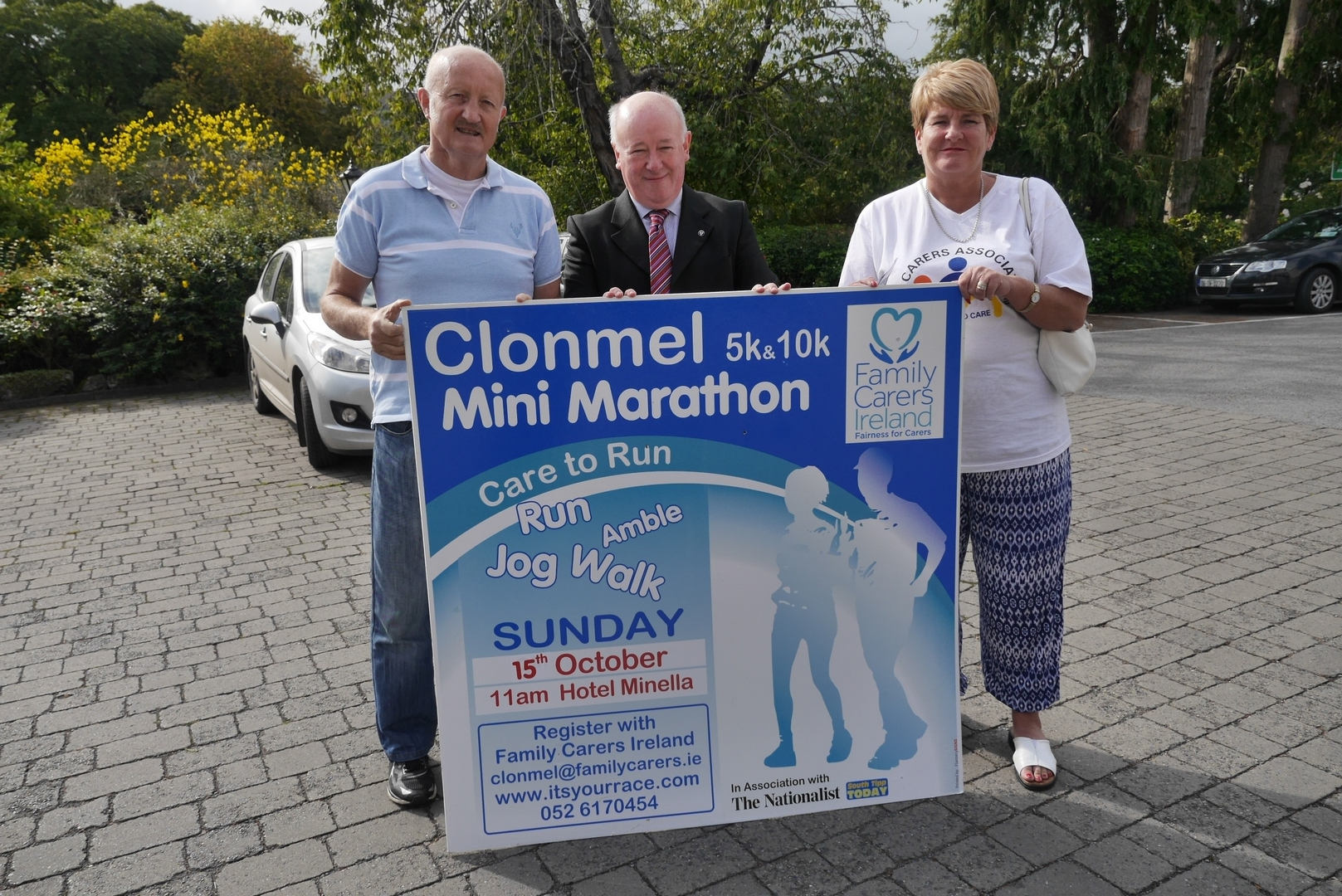