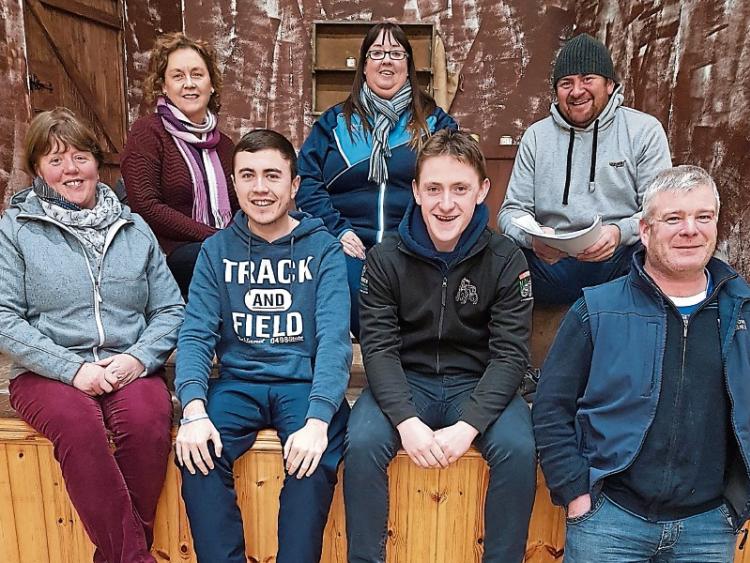 Rehearsals are in full swing for Clogheen Drama Group’s production of Martin McDonagh's play 'The Cripple of Inishmaan'.

Directed by Liam Wall, the play is set in 1934 on the remote island of Inishmaan off the west coast of Ireland and centres on the excitement caused by the arrival of a film crew from America on the neighbouring island of Inishmore who are making a film about island life called ‘The Man of Aran’.

Younger inhabitants of Inishmaan show great interest in the film, including Helen played by Annette Meaney, Bartley played by Kevin O' Connor and most of all by Cripple Billy played by Kevin Farrell, who sees this as his chance in a lifetime of escaping the drudgery of life on this remote outpost.

The Cripple of Inishmaan was one of McDonagh’s earlier plays and has played to sell out audiences in London's West End and on Broadway in New York starring Pat Shortt and Daniel Radcliffe.

The show runs at St. Paul's Hall, Clogheen, from 22nd-24th March at 8:15pm nightly and tickets are available from PJ and Margaret English on 087-7984929 and at Clogheen Fruit and Veg Shop.