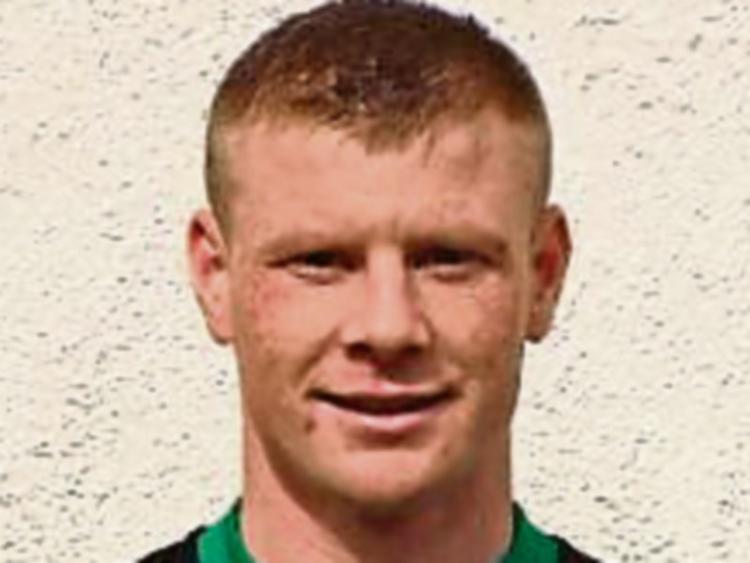 David Joyce has been nominated for the Football Association of Ireland’s Junior International Player of the Year award.

A Clonmel soccer star is feeling proud after being nominated for the Football Association of Ireland’s (FAI) Junior International Player of the Year award.

Joyce was part of the Republic of Ireland amateur international squad that won runners-up medals at the UEFA Regions Cup finals in Turkey last summer.

Elm Park’s David Joyce was called up to the Irish team ahead of the UEFA Regions' Cup intermediate round in Italy in September 2016. The 29-year-old dominated across a diamond midfield, winning a penalty in the opening game against the hosts that led to victory. Joyce grew in confidence, spurred on by the support of club teammates, family and friends back home. “Being part of the Irish side is totally different to club level. Playing with top players makes you up your game to their level, instead of being sloppy on the ball. It makes you better as a player because you know you have to work harder. You have to give it everything,” Joyce tells The Nationalist.

“You’re coached better with the Irish team. You’re given a role and responsibilities and you have to enforce them on the pitch. You can’t just go off running down the middle of nowhere. You have to keep the shape of the team and follow your steps because there’s a certain way of playing at that level,” the carpenter by trade continues.

The Irish players from Connacht-Munster played their hearts out and collected runners-up medals at the UEFA Regions' Cup finals. But Joyce admits that playing for Ireland seemed unlikely as a schoolboy. “I played with the St. Oliver’s B team for a while before I broke into the A team. Other fellas dropped out but I kept playing, got better, developed my skills and I finally broke through to the A team. From there I worked hard and done the simple things right in centre midfield and on the wing,” Joyce recalls.

Joyce’s life revolved around soccer during his school years at Coláiste Chluain Meala. “I was first out in the yard with the ball. Any chance I got I was out playing soccer with my friends. I was mad for it really. I loved it,” he fondly remembers.

But Joyce’s hunger for soccer success began to dwindle, and he opted to focus on boxing and gaining life experiences. It was only when he returned from a year working in Australia that he rediscovered his love for the sport. “I stopped playing soccer for a while, boxed for three years and won three All-Ireland medals with Clonmel Boxing Club. Then I went over to Australia at 23 for a year to work and it’s only when I came back that I really knuckled down and dedicated myself to soccer. I wanted to play soccer more and more and felt hungrier for success. Maybe the break did me well. I gave up drinking and that has helped me improve my training and get healthier. I dug deep, trained hard and it’s paying off,” Joyce admits.

Joyce says winning the Tipperary Cup and League with Clonmel Celtic were proud moments in his career, and he thanks the club for helping him become an international player. “The club have been very good to me. If I need anything they will help me out straight away. I am very grateful to them,” Joyce praises.

Joyce, who trains twice a week with Clonmel Celtic and three nights in the gym, is dreaming of being crowned Junior International Player of the Year. “It would mean the world to me. I am proud of my other achievements, but this award would be the icing on the cake,” he smiles.

Joyce also praises international teammate Chris Higgins who is nominated for the accolade. “Chris is a very smart and strong player. He has great experience with the Irish team and is a really good player,” Joyce adds.