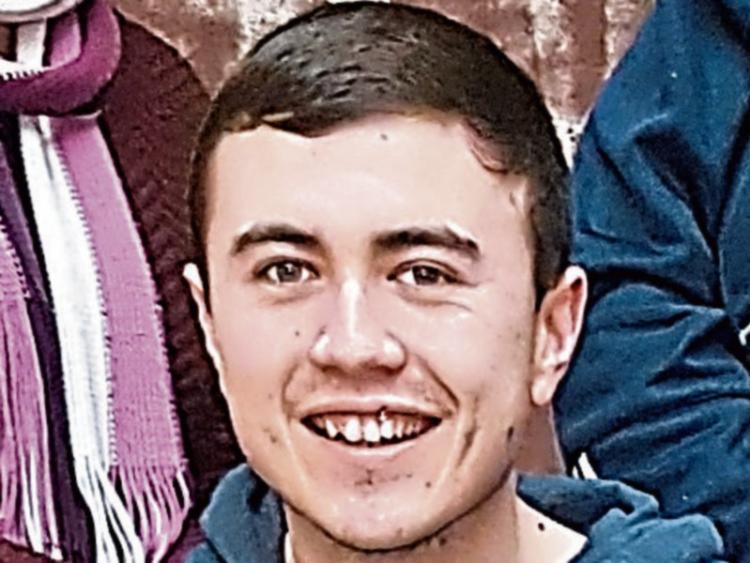 Cahir's Kevin O’Farrell was 'absolutely out of this world' in The Cripple of Inishmaan.

A Tipperary school teacher’s performance in Clogheen Drama Group’s recent production of Martin McDonagh's play The Cripple of Inishmaan ‘wouldn’t look out of place on Broadway in New York’.

Cahir Boys National School teacher Kevin O’Farrell’s depiction of ‘The Cripple’ Billy Claven has been acclaimed across the county, echoing sentiments that were not lost on the St. Paul's Community Centre audiences. “I only had experience of pantomimes that were so upbeat and comic, and my part in The Cripple of Inishmaan was so dark at times. Getting into that kind of mindset was a big challenge for me,” 23-year-old Kevin tells The Nationalist.

“The biggest part of the role was to get sympathy and empathy from the audience for the character. Some people have told me that they were nearly in tears and that’s what the part of The Cripple Billy is all about. The audiences seemed to really enjoy it and it was totally different for them to see me in this sort of role,” the son of Martina and John O’Farrell from Cahir continues.

Director Liam Wall feels The Cripple of Inishmaan deals with issues that are prominent in Irish society today. “McDonagh deals with clerical abuse, which we are not all terribly in touch with. We shouldn’t close our eyes to it if it does exist and McDonagh deals with it in a black humourish kind of way. He deals with equality for women which is absolutely current and the abuse of women which couldn’t be stronger with the #MeToo campaign at the present time. He looks at suicide and the isolation of a character like The Cripple Billy in society.

"Kevin gave a powerful speech in the middle of the play: ‘there are many people around here on the island that are crippled more than I am, not on the outside but on the inside’. It’s a sentiment that travels across the world. In a humourish kind of way and you had to dig sometimes for it, the play focuses on all the issues that are still in today’s society,” Liam explains.

Liam says The Cripple of Inishmaan was the best play Clogheen Drama Group have ever put on, heaping praise on the dedicated cast which also included Hannah Sheehy (Eileen Osbourne), Margaret English (Kate Osbourne), Conor O’Farrell (Johnnypateenmike), Kevin O’Connor (Bartley McCormick), Annette Meaney (Helen McCormick), John Noonan (Babbybobby), Michelle Shaw (Mammy O’Dougal) and Gerry Griffin (Dr. McSharry). “We have had nothing but positive feedback. The cast told the McDonagh story excellently in our own small way out in Clogheen. I thought it was the best play we ever put on and that’s what people have told us,” Liam praises. The Cripple of Inishmaan cast.

“We have a very experienced and dedicated group the last seven years, who have been through Brian Friel, John B. Keane and Marina Carr. Marina Carr had very dark humour, so about half the cast had been through that kind of thing. We then had to search for three young people around the 20 mark, but they weren't around Clogheen. At that age they were away in college, Dublin or Australia. But we managed to get Kevin O’Farrell, Kevin O’Connor and Annette Meaney, who all had experience on stage and they absolutely took their roles on to beat the band. Kevin O’Farrell in particular was outstanding. He wouldn’t look out of place on Broadway in New York. He was absolutely out of this world. I directed him to a certain extent, but then he took on the role and brought it to a height that I didn’t think was possible,” Liam adds.