While coverage of the recent changes to the Bankruptcy Laws has focused on the reduction of the bankruptcy term from three years to one year, a number of other amendments were made. These will have a serious effect on a person's decision to file for bankruptcy.

The role of the Official Assignee (who takes over all your debts and liabilities upon bankruptcy) in dealing with your family home is one of these important changes.

THE CONCEPT OF AUTOMATIC RE-VESTING

Discharged bankrupts and their families would often be shocked and distressed to learn that the family home where they resided was being sold. This was often years later and long after they had come out of bankruptcy and returned to "normal life".

As a result, Britain introduced reforms that allowed a period of three years only to sell a bankrupt's family home. If the home was not sold within this time, it would automatically be transferred back to the bankrupt and would no longer be available for sale.

In this country, as a result of recent changes, when an individual is discharged from the one year bankruptcy period and if the home is not sold within two years, it goes back to the Bankrupt unless he/she agrees otherwise or the Court orders it to be sold. There is no requirement for any legal document to allow the bankrupt to take the property back - other than a Certificate from the Official Assignee in Bankruptcy.

Irish Law had already provided that the sale of the bankrupt's interest in the family home could not take place without the approval of the Court. This "use it or lose it" provision has now added another layer to the protection of the family home. If the home is worth less than you owe on the home loan (in negative equity), there would normally be no application for sale by the Assignee in Bankruptcy as there is nothing for him to realise.

This re-vesting option can be waived by the bankrupt by written agreement with the official assignee and can also be overridden by the Court. The Court also has the discretion to extend the period (three years), after which the property automatically re-vests in the bankrupt.

WHAT ABOUT THE BANK?

As a word of caution, it is important to bear in mind that the Lender has an important say when dealing with a family home.

CAN THE BANK TAKE MY FAMILY HOME IN BANKRUPTCY?

Losing your family home in bankruptcy is not a certainty and may not even be likely, depending on your circumstances.

If the family home is mortgaged, then in practice, the bank owns the family home until the mortgage is repaid. The bank may choose to keep the property outside of bankruptcy proceedings and enter into an arrangement with you which would allow you to continue to live there, repay the mortgage during your bankruptcy period and be in a position after bankruptcy to reclaim full ownership of the home once all mortgage payments are made in the future.

What you own prior to bankruptcy is any value in the home above what is outstanding on the mortgage (this is called the property's 'equity'). So if the house is worth €200,000 and the amount owed on the mortgage is €100,000, then you own positive equity to the value of €100,000. In bankruptcy, this 'equity' is transferred over to the Official Assignee in Bankruptcy along with all your other assets and debts and you start fresh.

This equity can be positive or negative as the value of the home may be less than what is outstanding on the mortgage. 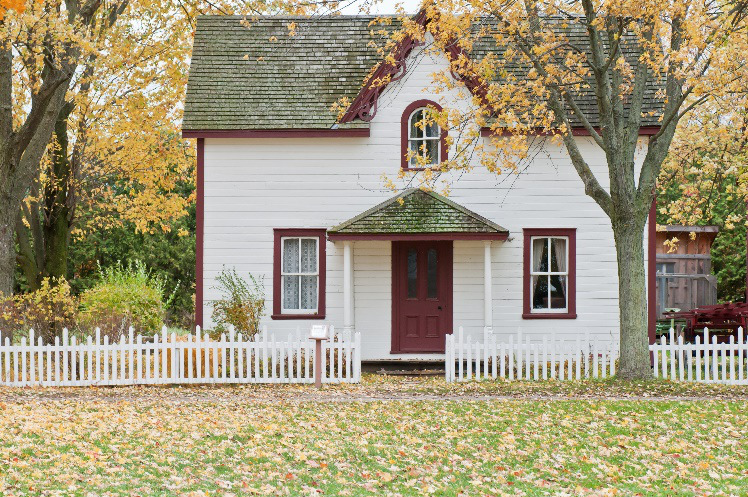 WILL THE BANK CHOOSE TO SELL THE HOME?

Banks are commercial enterprises and are seeking to make a profit. As such, they are likely to choose an option that will yield the best profit for them. If they make more money by receiving payments from you over a period of time rather than a once-off lump sum in a sale of the property, then they may well choose that option.

Consider the scenario where the house is only worth €100,000, but the mortgage owed to the bank is €200,000. The bank may well choose to keep the property out of bankruptcy and seek to 'do a deal' with you whereby they would get more through regular repayments over a period of time than they would in a once-off sale.

Note: What you will be allowed to offer the bank in terms of repayments may be limited to what the Official Assignee will consider a reasonable living expense.

WHAT WILL THE OFFICIAL ASSIGNEE ALLOW YOU TO PAY FOR A MORTGAGE?

The Official Assignee's approach to this has been to allow for the fact that people in bankruptcy need a place to live and whether renting or paying a mortgage, this cost must be considered in calculating how much of their income they are allowed to keep for reasonable living expenses and how much of their income must go to the creditors. What is reasonable for a mortgage repayment is often calculated by looking at what a typical rent would be for a house that meets the needs of the family concerned.

If you are fortunate enough to have someone to pay your mortgage, then this is a real option. The mortgage will not be in default and so the bank will not want to sell and the official assignee cannot restrict another person from paying a mortgage on a property. It is a gift and not an income on your part.

WHAT HAPPENS AFTER BANKRUPTCY?

PROTECTIONS ON YOUR FORMER INTEREST IN THE FAMILY HOME

Another important protection is the automatic re-vestment of the interest back to the bankrupt party if the property cannot be sold by the Official Assignee within three years. We looked at that in more detail in our previous blog.

It is critically important to investigate the likely outcome of bankruptcy where the family home is involved and where you may wish to retain the family home. As always, there are options, but these need to be explored in advance.