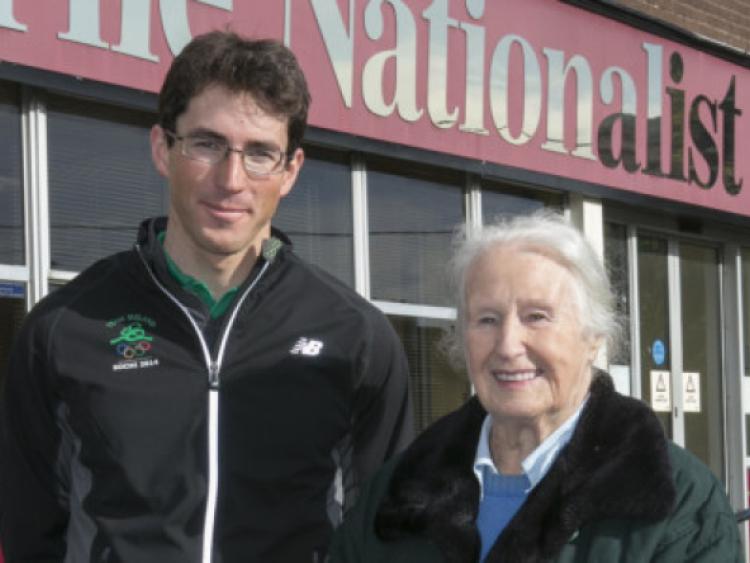 Olympian Jan Rossiter felt he had the support of the people of Clonmel and Ireland while competing in Sochi last month.

Olympian Jan Rossiter felt he had the support of the people of Clonmel and Ireland while competing in Sochi last month.

On his return journey from the Winter Olympics in the Russian resort to his home in Canada, Jan paid one of his regular visits to Clonmel to meet grandparents John, and Nationalist columinist, Peg.

“It was great to have the support of people in Clonmel and all over Ireland” said Jan who fulfilled his dream to take part in the Winter Olympics.

“If i was ever going to ski internationally, I wanted it to be for Ireland” said Jan, one of five Irish athletes who took part in the Sochi games.

The twenty six year old athlete came 82nd in the 15k cross country ski, considered to be one of the most demanding of competitions in the games.

“Everything went as well as could be expected for me in the event, it was a privilege to take part and to represent Ireland” he said.

“The best memory I will carry with me of the games is walking out behind the Irish flag. I was very proud to be representing Ireland in such a global event and to be part of an occasion with so many countries coming together in peace, it was phenomenal,” he said.

“It was a huge thrill to mix with the racers from Norway, Finland and Sweeden who are the best in the world,” said Jan

He spend two weeks in Sochi preparing for his event and after his competition had a week to take in the games and enjoyed attending the downhill sking, skeleton events and the highlight for him, the ladies hockey final between Canada and the USA

“That was some occasion, USA went two up and Canada came back and took the gold medal after winning 3-2. It was an incredible occasion,” said Jan.

On his visit to The Nationalist offices, Jan said he was looking forward to exploring the hills around Clonmel, visiting the sea and possibly taking in a Tipperary hurling match as he was keen to witness the sport.