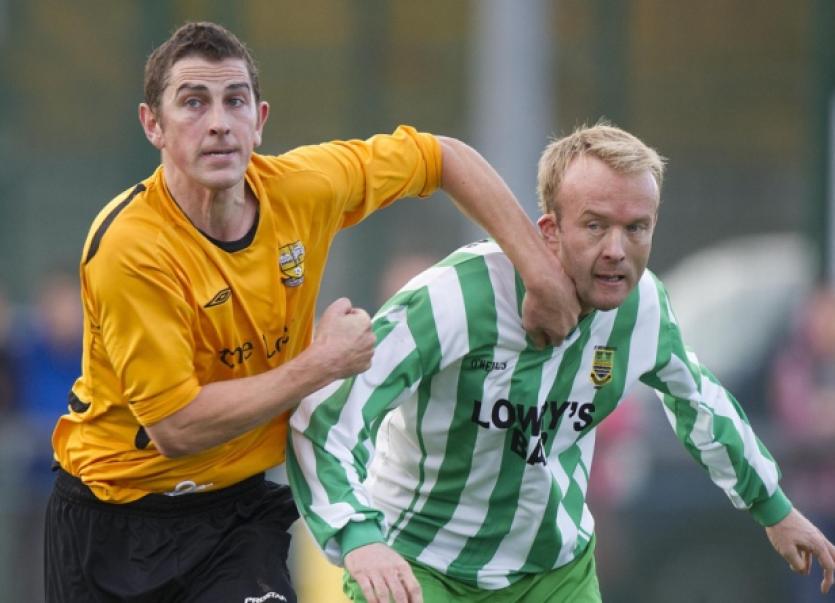 This was a rip roaring West Tipperary local derby that both sides will claim to have deserved to win, but neither side deserved to lose, as the teams served up a furiously entertaining draw on a perfect day for football.

The action started only two minutes in, when the home sides Aidan Riordan caught the Cullen Lattin defence cold and blasted to the net.

This heralded a glut of chances for both teams but neither was able to capitalise before half-time.

Seven minutes into the second half, the visitors finally got the rub of the green when Liam Murphy reacted quickest to an Alan Hayes effort rebounding from the cross bar to level the scores.

This spurred the Saints back into life and on the hour mark they retook the lead, when Colm Riordan almost broke the netting with a bullet from 25 yards out leaving the opposing keeper with no chance of stopping the effort.

Despite numerous chances from both teams over the final half hour, it looked like Riordan’s goal was going to settle matters, but in the final minute of the game, Darren Neville beat three defenders and slotted home to ensure a point for his team.

The result sent both sets of players , supporters and neighbours home relatively happy with a point a piece and a good game played.