Nenagh make no mistake at the second attempt 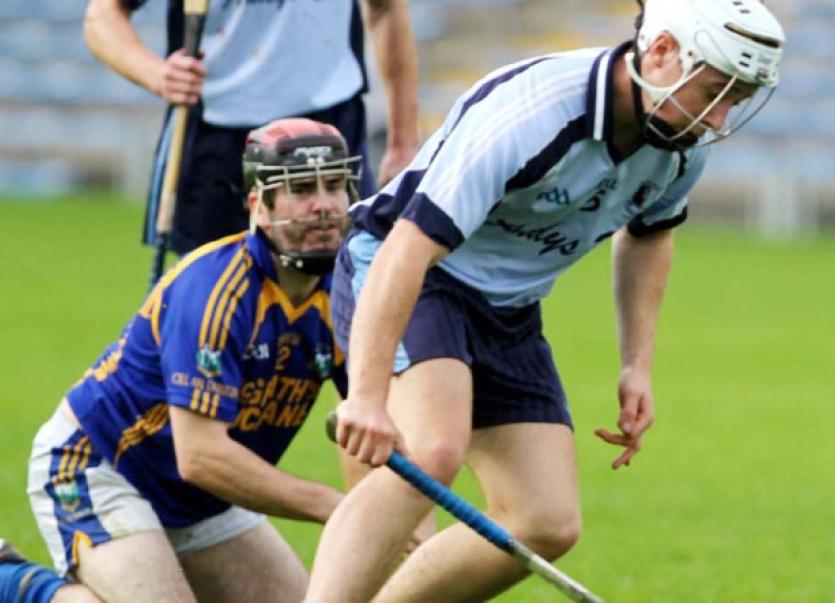 Nenagh Eire Og finished the job they left incomplete a week previously in Sunday’s County senior hurling semi-final at Semple Stadium when they put North champions Kildangan to the sword.

Nenagh Eire Og finished the job they left incomplete a week previously in Sunday’s County senior hurling semi-final at Semple Stadium when they put North champions Kildangan to the sword.

This was a game that failed to live up to expectations, due in the main to Nenagh’s dominance, and the result was never really in any doubt from the 20 minute mark, with Kildangan looking lethargic and leaden-legged following the exertions of four consecutive weekends on the road.

A Richie Flannery goal in the 21st minute was to prove decisive as he got onto Andrew Coffey’s delivery and beat Darragh Egan, as Nenagh led by 1-10 to 0-6 at the interval.

Nenagh were impressive and their solid defence, led by Noel Moloney and his brother Hugh, linked very well with the Barry Heffernan and Kevin Tucker pair at midfield to set up many attacks. Tucker and Barry Heffernan really complimented each other, with Michael Heffernan playing a deeper role but revelling in the space afforded. Paddy Murphy, Richie Flannery and Paul Ryan too were prominent on a good outing for side which has now accounted for the defending Munster and county champions and two divisional champions in the campaign.

Kildangan can have no complaints about the result, as Nenagh were simply the better side. Their fine campaign came to an end and they will probably point to fatigue as having a big impact. Ruairi Gleeson was their most dangerous attacker while Jack Loughnane, Hughie Flannery, Martin Minehan and ‘keeper Darragh Egan, who helped keep Nenagh at bay, were their best on a disappointing day for them.