‘Hopefully one day I can come back to Tipp,’ says David Power 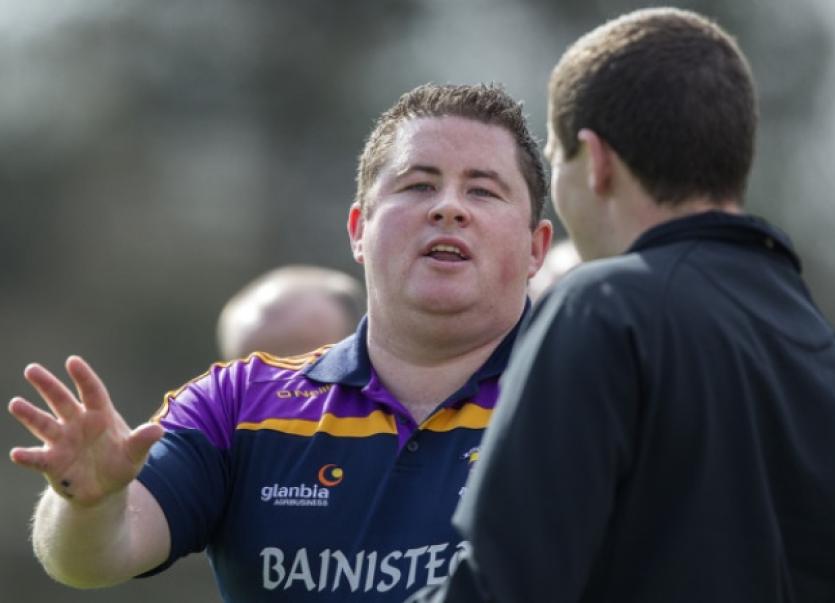 Wexford manager David Power was delighted with Sunday’s win over Tipperary and especially with the strong second half performance in which his young side displayed great “fighting spirit” to overturn an eight points interval deficit, writes Jeddy Walsh.

Wexford manager David Power was delighted with Sunday’s win over Tipperary and especially with the strong second half performance in which his young side displayed great “fighting spirit” to overturn an eight points interval deficit, writes Jeddy Walsh.

When asked about the role he now holds David replied:

“People will say this was a big gamble. I could have stayed on with the under 21s with Tipp and probably would have learned very little from it. But when this opportunity came I felt I had to take it because it was an opportunity for me to learn personally and I am learning the whole time. Last Monday (after being relegated) I wouldn’t want to go through that day again. I was very very down after the Fermanagh game but it’s a great learning curve for myself. Yes today was a tough day. I was down at the far end away from it. I am after coaching a lot of those young fellows in Tipp. For myself personally I had to do this for myself and hopefully one day I can come back to Tipp, I suppose a better and stronger coach,” added the former All-Ireland winning minor boss.

Of the game itself and on football in general, David had plenty to say.

“It was a great open game of football. I like playing open football and I am not going to change my system. We played against Fermanagh and it was cruel watching it but they are getting results. But I think over time that will stop again. I think it is up to the county managers to take responsibility to play football. We are all looking at it from the defensive point of view. Let’s go at teams. Not have shoot-outs but just go at teams. Don’t be afraid. I thought both teams there got some great scores and that’s what football is about,” added the Kilsheelan man.

Last year’s Tipp under 21 football manager will be back in Thurles on this Thursday night for the Tipp v Cork under 21 final.

“I will be in Thurles on Thursday night. I will be shouting on Tipp. I know they are down a couple of lads. Hopefully Colin O’Riordan will be back. I know John McGrath is seemingly out. That’s a massive loss. They are already down Colman Kennedy, Philip Quirke, Greg Henry, there’s a list of players there but it’s very hard to replace them. Hopefully Tipperary can get a result on Thursday and the lads are doing a great job,” he said.

Finally, once more reverting back to the game of the day.

“I think that ultimately maybe another year in Division 3 mightn’t be the worse thing for Tipp. They can still grow their panel. There’s definitely more younger lads to come in over time and it does take that couple of years but that will come as well. That will come,” concluded the Wexford manager who now turns his full attention to a Leinster championship clash with Louth or Westmeath.