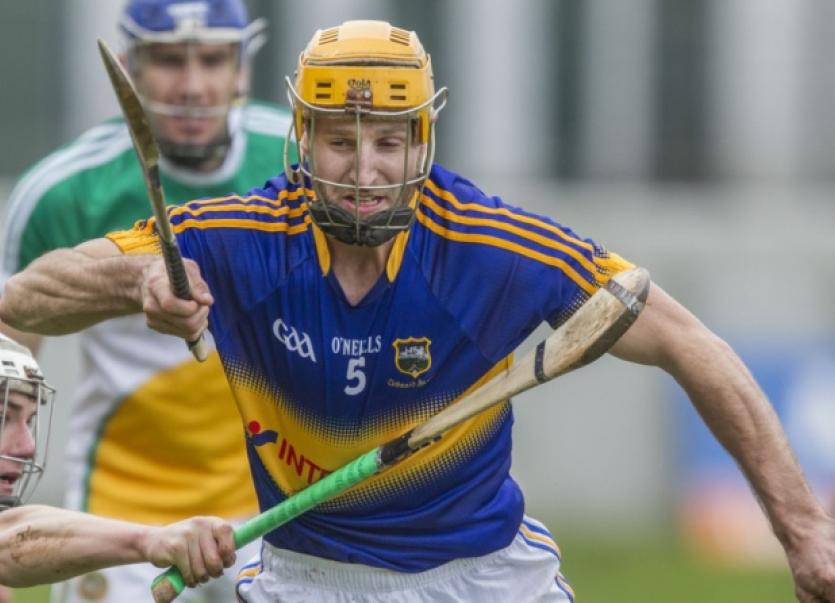 This is it. The long wait is over and the nerves begin to tingle. Limerick beckons.

This is it. The long wait is over and the nerves begin to tingle. Limerick beckons.

As build-ups go this has to be one of the most elongated for years. We exited the league back on April 19 and since then we’ve had a watch-and-wait brief. The watching included Limerick’s taking down of Clare so we know what lies ahead.

The bookies have us listed as firm favourites but I’ve rarely seen a more nervous Tipperary ahead of a championship opener. Part of it, no doubt, is the uncomfortable reality that Limerick is going for an unprecedented three-in-a-row. But there’s also the issue of team uncertainty. Injuries (Bubbles the latest), form losses and illnesses are all part of the narrative. You could run a competition to predict our starting fifteen and I doubt if too many would get it right.

The full back line is the most problematic of the lot. Who will front Gleeson in goal? As expected Cathal Barrett is out of the reckoning. It’s been a miserable season thus far for last year’s young hurler of the year. That shoulder injury picked up in training camp in Spain back in April hasn’t mended sufficiently. On a personal level the Holycross man has recently lost his dad so he won’t have too many fond memories of the year so far. For the followers the prospect of watching the young starlet of 2014 mark his potential 2015 replacement, Cian Lynch, won’t happen this time.

Barrett’s loss is compounded by the fact that doubts surround other likely full backs. Paddy Stapleton had a troubled league semi-final against Waterford and was in difficulty too in a recent challenge game v. Offaly. On top of that there’s an ongoing injury issue. Mickey Cahill is just back from injury so his preparation hasn’t been ideal either.

The full back position seems to sit between James Barry and Conor O’Mahony. There’s an interesting debate nowadays around the full back spot as team positions have become more flexible. I note Anthony Nash chipped into the discussion recently with the suggestion that you need an all-round hurler for the job because during the game he’s likely to find himself in the corner or wing just as often as on the edge of the ‘square’.

It’s a point well made and one I suspect would find favour with Eamon O’Shea. However, there is one important qualification to be added. When the full back does find himself policing that ‘square’ he needs to have the instincts of a number three, which are quite different, let’s say, from those of a number five. You can go back as far as 1984 to highlight instances where Tipperary coughed up critical scores because of players being out of their natural position.

Anyway Barry or O’Mahony for full back? For all his vast experience and toughness and championship temperament there are issues around the Newport man’s mobility at this stage of his career so perhaps James Barry will get the nod there. For the corners then it could well be Mickey Cahill and Conor O’Brien, but all of that of course is simply guesswork.

Whatever the set-up in that full back line it’s going to be an area of worry for Tipperary against the likes of Cian Lynch, Shane Dowling and Graeme Mulcahy. I’d expect, especially early in the game, to see some covering player fall back to police the zone in front of them for added security.

It’s expected that the Maher brothers, Paudie and Ronan, will be named at half back. It has to be hoped that Paudie is fully recovered from that infection which saw him hospitalised for a spell because his form can be critical to this team. Kid brother, Ronan, has developed very steadily - and impressively - since joining the panel last year as a nineteen year old.

Who will then complete the half back line? Perhaps it depends on how midfield lines up with four players - Kieran Bergin, Michael Breen, James Woodlock and Shane McGrath – vying for three positions. Michael Breen had a decent league campaign but there are some suggestions that he hasn’t really pushed on to nail down a definite starting spot. Bergin I assume will be a starter and perhaps Shane McGrath will be viewed as a better option coming off the bench – or maybe a half forward starter especially if ‘Bubbles’ is unavailable. More guesswork. Incidentally in all the talk about full back isn’t it strange that Michael Breen hasn’t been groomed for his favoured underage position?

Last week we were banking on four definite starters in attack – Brendan Maher, ‘Bonner’ Maher, Seamus Callanan and John O’Dwyer. Now that injury to ‘Bubbles’ has put his participation in doubt. The strongest contenders to complete the line up are Niall O’Meara, Jason Forde and John McGrath. Gearoid Ryan seems to have slipped down the pecking order at this juncture and Denis Maher is just back from injury. Lar Corbett is competing too though it seems he is unlikely to start with some suggestion that he’s not fully clear of that injury which kept him out of the league.

In all of this Eamon O’Shea has a habit of springing surprises so team announcement later this week will be eagerly awaited. There is another qualification to be inserted too: the published fifteen will be unlikely to play in their listed positions.

Limerick too have had their injuries to contend with. Nicky Quaid seems to have lost his battle for fitness so Barry Hennessy looks likely to again man the posts. All the other doubtfuls seem to have recovered.

Their win over Clare was unusual in that they didn’t play particularly well but yet got over the line with that late John Fitzgibbon winner. Unusual in their defence the likes of Richie McCarthy and Seamus Hickey had their troubled moments especially when Clare took the direct route and ran at them. In attack too they weren’t especially happy with the input of players like Declan Hannon and Shane Dowling so they’ll be looking for an upgrade this time. They were fortunate in that Cian Lynch announced his arrival with a spectacular display so he’ll take watching on Sunday.

I felt throughout the spring that if Limerick got over Clare they’d be a particularly dangerous animal. They feed off momentum and emotion so that win will have boosted them significantly. At home they’ll draw even more energy from the roaring crowd so nobody should be under any illusion about the task ahead of Tipperary. They always fancy their chances against Tipperary and the evidence of recent years supports that perception.

The corresponding game last year was a particularly low point for Tipperary. Whatever about the more extreme criticisms of that display there was no denying that the team in general was way off required intensity. After two years of defeat to Limerick there can be no excuses this time.

The back door is to be avoided like the plague. Imagine being drawn against Dublin at Parnell Park? Or possibly Wexford at Wexford Park? Teams may have taken the back door to success in the past but I wouldn’t bet much on Tipperary’s prospects if they fall here.

I have no doubt Tipperary have the hurling to succeed but whether they have the grit and gravel to match Limerick is the key issue. Let’s hope they bring savage intensity to the battle and then sustain the effort to the end. No soft frees please because Shane Dowling will punish virtually every one. Incidentally I’m glad we’ve escaped Barry Kelly this time with word that Brian Gavin will be the appointed official. I suspect our entire season rides on this one. Let’s go for it.

Finally a very significant book launch took place at the Sarsfields’ Centre beside Semple Stadium on Saturday night last. Liam O’Donnchu, the voice of Semple Stadium on big match days, launched his book, ‘Tom Semple and the Thurles Blues’. It’s an account of the great man who gives his name to the Stadium and his hardy bunch of hurlers who won All Irelands in 1906 and ’08.

The event drew a large attendance to the centre where Tom Semple’s son, Martin, did the official launching. It looks a most impressive four hundred page production, one that will sit well in the expanding library of GAA histories. More about it later when time and space allows.