Goals shade it for Ballingarry in clash with Davins 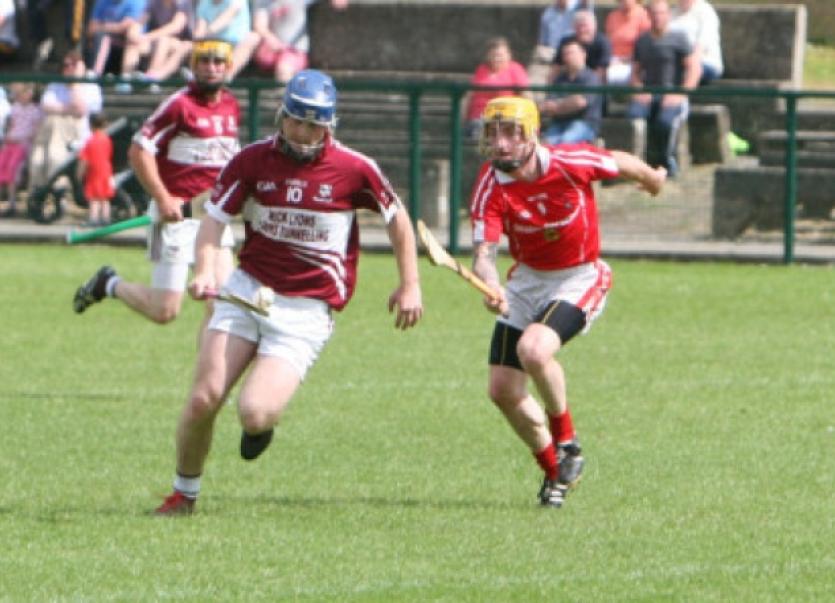 The best hurling of the day was played in an action packed last 30 minutes with Ballingarry having to weather a storm from a gallant Davins.

The game was only a minute old when Stephen Cronin pointed from 40m for Carrick Davins with an almost immediate reply from J P O’Brien for Ballingarry when a harmless ball into the square was touched on for a goal.

The score at the end of the first quarter was Ballingarry 1-3 Carrick Davins 0-5 .

In the 16th minute Davins were dealt another blow when Eamon Tuohy (B) made no mistake when crashing the sliothar to the net to extend his side’s lead.

We then had an exchange of points from J J Butler (CD) and JP O Brien(B) who scored the best point of the half over his right shoulder running out from the goal.

Carrick Davins got the next two points from play from Shane Butler and Michael Cronin before Eamon Tuohy struck a point from play for Ballingarry.

In the 25th minute Carrick Davins were awarded a penalty but Michael Cronin’s effort was easily cleared of the line by James Logue.

After the interval we had three quick points two for Carrick Davins Michael Cronin (free) and Shane Butler from play for Ballingarry Paul Butler (free). With the tempo of the game raised a little it was Ballingarry who drove on with two points in the 37th and 38th minutes from Paul Butler (free) and a good strike from Gerry Fitzgerald. Davins sub Josh Moroney picked off a point from out near the sideline to leave the score Ballingarry 2-9 Carrick Davins 0-12 after 40 minutes.

We then had an exchange of points in the 45th and 46th minutes for Ballingarry Adrian Cleere who seemed to come more into the game at this time and Lee Mackey the best Carrick Davins back on the day. Paul Butler pointed a free, before Michael Cronin matched it followed by a great point from play in the 52nd minute from JP O’Brien. Adrian Cleere added a great point on the run to consolidate Ballingarry’s advantage.

All too easy for Ballybacon

In the South Hurling Losers Championship Ballybacon/Grange proved much too strong for Grangemockler.

They completely dominated in the opening period and led at the interval 0-14 to 0-6 and within five minutes of the restart were 1-14 when Brendan Cummins left the field of play for his RTE Sunday Game duties he alone had done enough having scored 1-11(one from play) before the game came to a 15mins stoppage after a spectator collapsed and Ambulance was called. At half time score Ballybaco/Grange 0-14 Grangemockler 0-6

After the break Ballybacon added 2 -4 without a reply in 12 minutes goals from Alan O’Gorman and Martin Ryan with points from Billy Hewitt 0-2 (one free), Johnny English, Philip Walsh.

Ballybacn/Grange now progress on to play Cahir in the IH losers section Final.