“We should have beaten them” - Tipp midfielder George Hannigan 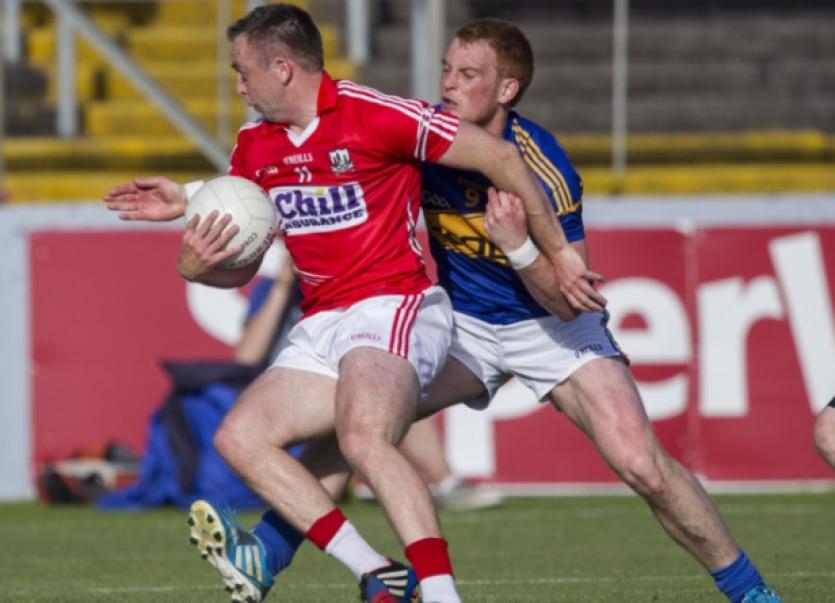 Tipperary midfielder George Hannigan was in somewhat pensive mood in the immediate aftermath of his side’s near miss against Cork at Páirc Uí Chaoimh on Saturday evening last.

Tipperary midfielder George Hannigan was in somewhat pensive mood in the immediate aftermath of his side’s near miss against Cork at Páirc Uí Chaoimh on Saturday evening last.

The Shannon Rovers player had mixed emotions at the full-time whistle, a sense of disappointment at the final score but nonetheless mindful that Tipperary football had made a big statement at a national level on the night.

The influential midfielder who popped up all over the field, including a vital interception in the backline early in the second half, went on.

Reflecting on the second half, George said.

“We need to be a bit more clinical. We went up three points - we should have went up four or five points. As long as there is a score in it they are dangerous, they always have a chance like. We had the chance to go three up and the chance to go four and five up. That would have given us a real comfort zone and we could have sat back and we could have soaked up the pressure a little more in the end. We had to keep going for the 70 minutes. We were wrecked, you could see we were wrecked. They were wrecked too. You could see there was a serious effort went into that game. Maybe we didn’t finish them and take our chances.”

George who combined with Steven O’Brien to win most of the midfield battles, fielded some huge catches. Indeed the dominance of the Tipp pairing saw both Cork midfielders benched by the start of the second half, replaced by household names in Aidan Walsh and Eoin Cadogan.

“I suppose it’s more about belief that you can do it.I mean we know what we are capable of now. They are a top quality side and to be honest we should have beaten them. That shows where we are, you know.”

George, who ran himself into the ground before being replaced four minutes from time by Hugh Coghlan, finally turned his attention to the upcoming qualifiers.

“The qualifiers in two weeks time, you won’t get it easy and we will have to win it. Whoever we get now, we need to get a win and drive on. There are teams there that are going to be tough to beat. We have to win the next match.”

“Regardless of the result we were out in two weeks time and with the weather out there you need to get yourself right as soon as you can. We are out in the morning for a session in the Horse and Jockey to recover and try to gather our thoughts,” concluded the Shannon Rovers clubman.