Killenaule prove too good for Mullinahone 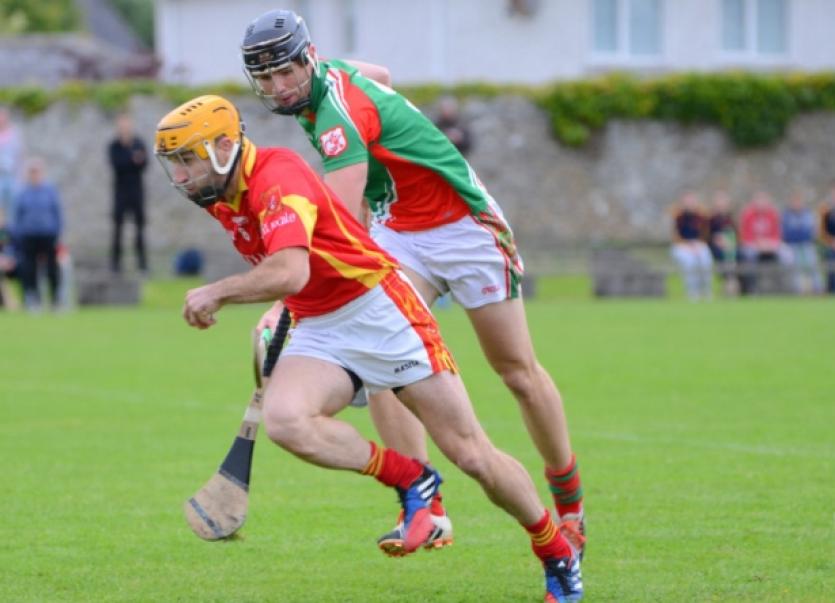 Killenaule took the direct route to the South SHC final with a six points win over Mullinahone in the semi-final at Fethard on Tuesday of last week.

Killenaule took the direct route to the South SHC final with a six points win over Mullinahone in the semi-final at Fethard on Tuesday of last week.

Mullinahone, who battled bravely despite missing key players, were handed a second chance of reaching the decider in a losers group clash with Ballingarry.

Backboned by county players John Bubbles O’Dwyer and Kieran Bergin, Killenaule were tipped to win but didn’t have it all their own way against an understrength but stubborn Mullinahone.

Bubbles hit a superb first half goal but all of his nine points came from frees, with some surprising misses from play. That may be due to the tight marking of Niall Curran, who didn’t leave his side all night, and put in an impressive shift.

Bergin showed again what a composed defender he is with none of his clearances haphazard but always directed towards a better placed colleague. Equally impressive was his half back partner Eoin O’Connell who cleared an immmense amount of ball.

The target was often Bubbles but Dean O’Connor showed up well in the full forward line with Tony Doyle and Daniel Guinan also looking sharp.

Absentees meant Mullinahone had only seventeen togged out - Eoin Kelly was an unused sub - but they made a contest of it for over forty minutes.

Racing into a 1-3 to 0-1 lead after six minutes signalled their intent and although they trailed 2-10 to 1-8 at the interval, they maintained the pressure in the third quarter until the outcome became inevitable.

The only sour note on the night was an unsavoury incident on the stroke of half time which saw up to twenty players become involved in a row that was a cross between fisticuffs and handbags. It followed a heavy shoulder charge on Killeanule sub Cillian O’Dwyer just after the interval whistle blew. Words continued to be exchanged as players left the field but referee Noel Cosgrave took a lenient approach with no cards issued.

If Killenaule felt hard done by from the incident, they exacted full revenge on the restart with a superb goal to extend their lead - Dominic Blake collected a great pass from O’Connell on the stand side, cut in along the end line and shot to the net past Alan Walsh.

It was always going to be an uphill struggle for Mullinahone after that. They narrowed the gap eight minutes later when Sean Curran scored from a superbly struck penalty past Gerry Kennedy, following a foul on Alan Curran, but from there to the end points were exchanged without any significant change in the gap, Bubbles and Curran accounting for most of the scores from frees.

The first Mulliinahone goal came in the fifth minute when livewire Miceal Dunne found himself inside the Killenaule cover and he shot home from close range. Graham Horan added a point a minute later and with two earlier scores from Horan and Sean Curran, to a Bubbles opener for Killenaule, they led 1-3 to 0-1.

They still led after twenty minutes, 1-6 to 0-7, but two minutes later a scrambled goal from O’Connor, after Alan Walsh had earlier brought off a great save, gave Killenaule the lead for the first time.

Two Bubbles points from frees, to Mullinahone points from a Sean Curran free and a great effort from Jack Shelly, were exchanged before Bubbles finished a great move with a blistering shot low to Walsh’s net. A Tony Doyle point seconds later, after good work from Niall O’Dwyer, gave them a 2-10 to 1-8 half time advantage.

And Blake’s goal a minute after the restart meant Killenaule had scored 2-1 in two minutes either side of half time to give them a cushion to the finish.

They had extended the lead to nine points, 3-15 to 2-9, midway through the half, but Mullinahone outscored them seven points to four in the final quarter, with Sean Curran doing most of the damage from play and placed balls.

However there was no real danger to the Killenaule lead as they did no more than retain their advantage and secure a passage to the final - against either the same opposition, or their Slieveardagh neighbours in Ballingarry.