Tipperary welcome the Cats to Semple Stadium on Sunday. 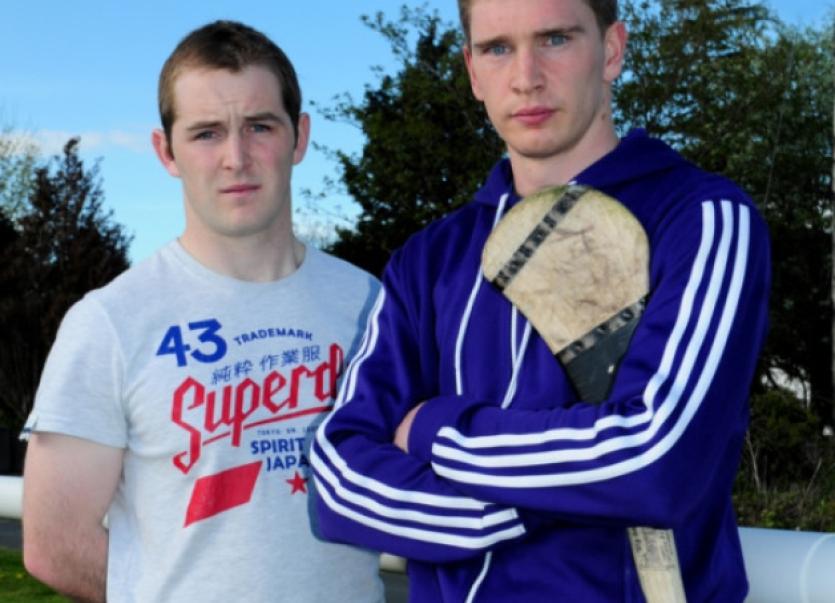 Having overcome what Assistant Manager Michael Ryan described this week as ‘a mini crisis’, Tipperary’s senior hurlers welcome holders Kilkenny to Semple Stadium for a repeat of last years league decider, but with home advantage this time round .

Having overcome what Assistant Manager Michael Ryan described this week as ‘a mini crisis’, Tipperary’s senior hurlers welcome holders Kilkenny to Semple Stadium for a repeat of last years league decider, but with home advantage this time round .

Yes, all of the naval gazing, head shaking and doubting which prevailed throughout Tipperary, mid-league, has dissipated for now and following solid victories over Cork and Dublin, and a stirring win over All-Ireland champions Clare in the semi-final, Tipperary find themselves once again in the Allianz final - the exact place they wanted to be, believe it or not. Well, where would you ever get as good a pre-championship test than facing your fiercest rivals in the league final?

The journey to the final has certainly been a roller coaster and probably reflects the huge competition in the division - a very healthy league, Michael Ryan described it as. However, it could also have come with a health warning given the blood pressure readings coming from the Tipperary camp at times. Salthill in Galway might well be a renowned holiday destination, but for Tipperary on St Patrick’s weekend, it was no Bank Holiday. That’s only just over a month ago now and yet the tide has turned and the complexion has changed. Suddenly, Tipp are back in the league final, facing Kilkenny. But, memories of where they have come from are still fresh and could perhaps be the making of this side - a tipping point of sorts.

“Yeah, I’d say Galway was our lowest point - the worst. Dressingrooms can be very highly charged places and sometimes they are no place for the faint hearted. You can be told a few home truths,” Michael Ryan told The Tipperary Star this week when discussing the volatility emanating from the inner sanctum immediately after the game.

And yet, at the back of it all, despite the raised voices and the clamour to put the boot in by many, there was no sense of panic in the camp. Yes, the results were not going Tipperary’s way, but the work was being done, the training was going well and the boxes were being ticked in terms of championship preparation.

“We didn’t look ahead at any time because we were too busy in the middle of a mini crisis. We didn’t see it as a mini crisis mind you, but it just was not happening for us on the field. We didn’t falter because we believed we were on the right path. We got a bit of luck against Dublin because the whole thing could have changed very easily. We were lucky to get out of it.

“We didn’t feel under pressure at all because we knew we were on the right road and we were very happy with the level of effort from the lads right across the panel. The league is a difficult thing at the moment because we had three games on the trot and you don’t get much time to do something about the problems you encounter. You pick up knocks along the way as well and it’s just about getting from one week to next really,” Michael said.

Looking at the facts reveals that Tipperary played 31 players in the league, including seventeen newcomers - that’s a fair indication of how the management have gone about their business. They have scoured the county; have not been afraid to give youth it’s fling; and have formed very definite opinions about where players are at in terms of their development.

“We were short a few senior lads but we have seen plenty of them and know lots about them. During the course of the league we have looked at players and were glad to get the chance to do so. But, the results did hurt. We hoped that a cohort would come forward and be available to us, and that’s the way it has worked out. Others, maybe the younger lads, need more time and they will get it - they are men for the future for Tipp, but they have been introduced to the scene now, and that’s very important too,” said Michael who conceded that relegation could well have resulted in the management not being around for another league campaign. “This a results driven business,” he admitted.

So, Tipp square up to Kilkenny on Sunday and on the face of it would seem to be up against it. They have won just one game of their previous ten encounters with the Cats - the All-Ireland Final of 2010 - and would appear to be slightly behind at the present time. That counts for little though when the ball in thrown in on Sunday and certainly Tipp’s win over Clare will have done wonders for confidence. Injury concerns to Noel McGrath (shoulder), Paddy Stapleton (wrist), Liam McGrath (hamstring) and Darren Gleeson ( quad) will keep the management guessing until later in the week while Lar Corbett, though making progress on his knee injury, is still not in contention.

There is plenty of competition for places though and that’s what pleases Michael most at the present time.

“The players are chomping at the bit, especially after the training camp and the win over Clare. We are thrilled with the level of competition and we feel that this is the best possible game we could get at this stage. It will mirror very closely what we will face in the championship first round against Limerick.”

Still though, the eye remains on the championship, and management are putting in place a strategy to combat the void between league and championship which infiltrated the camp in 2013 -it won’t be happening again.