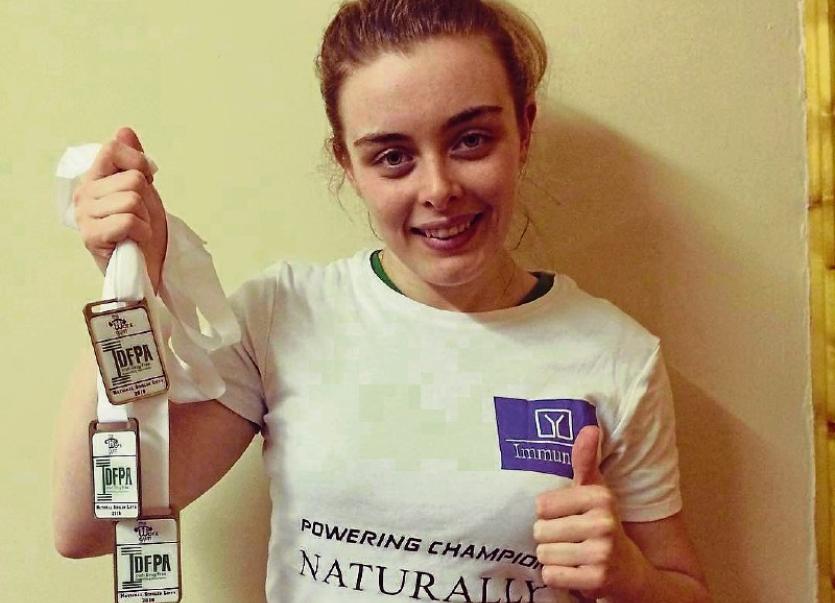 At just twenty years of age Patricia O’Halloran (The Ragg) has been crowned a national champion in her chosen sport, powerlifting.

Daughter of Paddy and Hannah O’Halloran (from The Ragg) Patricia competed at the National Powerlifting Championships in Gorey in County Wexford from January 29th to January 31st.

Indeed, Patricia set new records at national level when competing in the under 70kg junior category.

The LIT Thurles strength and conditioning student lifted 95.5kg in the squat event where she received her first place medal and set a new national record. Patricia also received a first place medal in the deadlift event and also recorded a new national record of a massive 145.5kg. Patricia O'Halloran came second in the bench press event where she had to push 55kg off her chest.

Patricia is ranked in the top three in her category and with that feat she is automatically qualified for the WDFPF World Powerlifting Championships in Cardiff, Wales next June.

Over five hundred lifters from all over the country competed at the Worx Gym in Gorey at the National Single Lifts competition.

Patricia O'Halloran would like to thank her sponsors, Immunotec (Canada), for providing her with yet another year of sponsorship for 2016. Patricia is very lucky to have Immunotec sponsoring her for another year. The company provide her with their 100% drug free and natural product called Immunocal, which is a whey protein isolate. Patricia O'Halloran is a consultant and a sporting ambassador for this Canadian company and travels all over the country with Immunotec and their consultants to speak about her sporting achievements with up-and-coming athletes.

Everyone at the Tipperary Star would like to wish Patricia O'Halloran every success in the coming year.