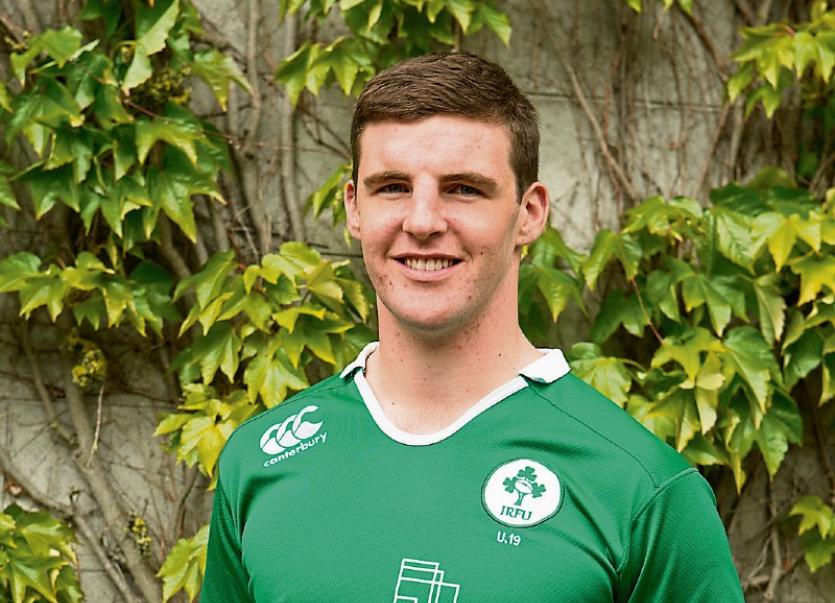 Ireland take on England on Saturday in the final of the under 20 Rugby World Cup with a strong Tipperary representation in the squad.

It's a massive game for the most promising underage players in the country after a wonderful run through the tournament in Manchester, beating Wales, New Zealand, Georgia and Argentina on their way to the decider.

Unfortunately outstanding outhalf Bill Johnston from Clonmel had his tournament cut short with an injury during the historic win over the young All Blacks.

Johnston, son of Roy and Celine and a former star with Clonmel underage sides, had kicked majestically up to the time of his injury.

However there remains a strong Tipperary input.

A key player in the win over Argentina in the semi-final was Johnston's former Rockwell College team mate, Sean O'Connor from Cashe (pictured), who may have a big part to play on Saturday.

The other players with Tipp links are Hugo Keenan and Jimmy O'Brien.

Hugo Keenan's mother Avril Dowley is a Carrick-on-Suir native, born and reared, and his grandfather Robert (Bob) played for Dolfin RFC and Munster in the late 50s and won a Garryown Cup with Carrick in 1960.

There is also a Clonmel connection on the Irish team touring South Africa that plays its third and final game of the series against the Springboks on Saturday.

New Zealand bornSean Reidy, who won his first cap as a replacement last Saturday, played for Clonmel five years ago while working nearby in Cahir.