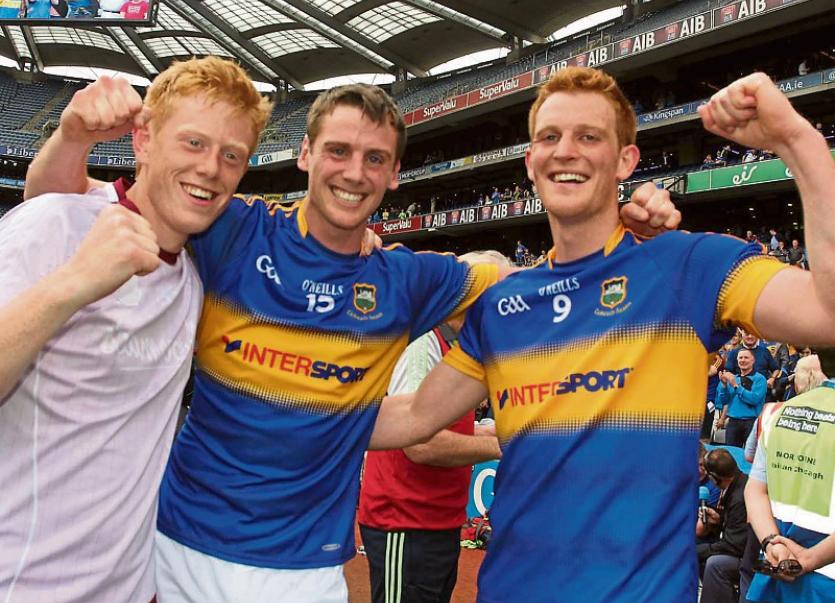 At this stage, Tipperary midfielder George Hannigan can be regarded as a veteran of the inter-county set-up, despite being just 29 years of age, writes Noel Dundon.

The Shannon Rovers man - a Dr Harty Cup winning half back with St Flannan's back in 2005 - has been in the Tipperary squad for a decade now having made his senior debut against Sligo in the National Football League campaign of 2006.

So, it might come as a surprise to many that when he attended the All-Ireland quarter final double header in Croke Park two weekends ago, nobody recognised him.

“It's great to have people stopping you in the street at home and wishing the team well. People are aware of what we have been doing and I think they appreicated the way we played against Galway and the kind of approach we took. But no, I slipped in and out of Croke Park without any bother - nobody recognised me,” he smiled.

The decision to travel to Croker was a last minute one following the cancellation of a club hurling game, but it was worthwhile according to the towering flame-haired midfielder.

“It was great to see them in action and to see what they do. It didn't make much difference to us who won to be honest. But, I suppose what we took from the Munster Final and what I saw again in that Mayo vs Tyrone game, was how hard their forwards work. They are buzzing all the time - Dublin did it too in their quarter final and it's something we are very conscious of now as well.

“We have a lot of experience in our team eventhough we have a young enough team. A lot of our players have played big games and Croke Park won't hold any mysteries for us on Sunday.

How Tipperary can play so freely in a championship game is almost being regarded as one of the secrets of Fatima. But, here's the thing - there is no secret. Anyone who has been following Tipperary footballers up and down the country are well aware that this is the style of play being promoted by a succession of management teams. The difference now is that the general public are beginning to take notice as a result of the victories achieved - it is a thought not lost on George, whose father Joe is the Chairman of the Tipperary Football Board.

“Our training has been refreshing and enjoyable and that's how people are describing our game as well. But we have always played in a carefree manner and people who have been following us would be aware of that. It's hard for teams to analyse us because quite often we don't know ourselves what we are going to do next. Good luck to anyone who tries to form views on us from watching our games.

“There has been no major change in our approach at all but we are getting a bit of attention now because of the fact that we have won a few games. But, the likes of Kerry have been in our way over the last few seasons and that makes it very hard to make a breakthrough. This year it was different and we have moved on in the championship. Now, we are all set for the Mayo game. It will be a big task for us, but we can't wait for the game to start,” said George who is pictured with team mates Josh Keane and Conor Sweeney following the victory over Galway in Croke Park a few weeks ago.

Throw-in for the big game is at 3:30pm and Tipperary patrons are advised to come good and early to Croke Park to ensure that they are in their seats in plenty of time to see all the action.

The Tipperary Star wishes George and all the lads the very best for Sunday's game.