Don't underestimate the loss Michael Fennelly is to Kilkenny 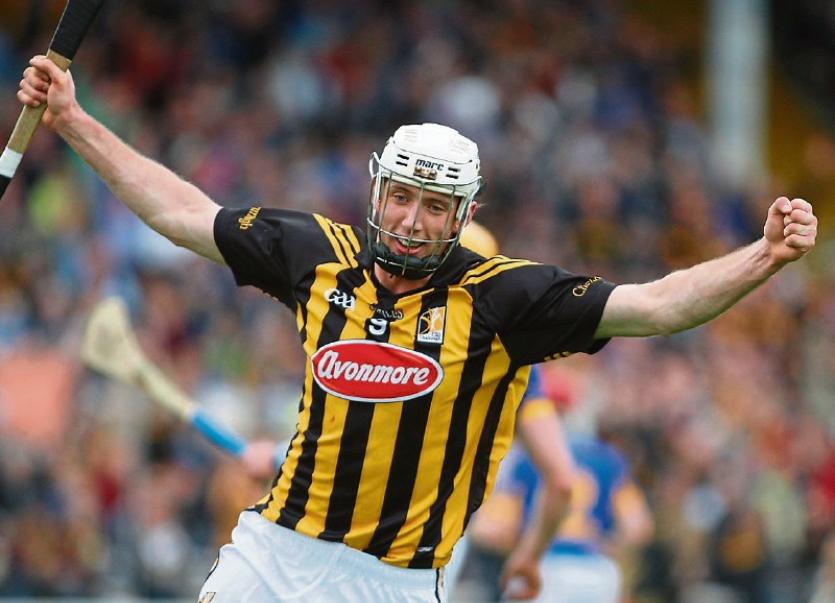 Despite the udoubted loss to Kilkenny and the fact that a major player will not tog out in the black and amber colours on Sunday, Tipperary folks are geniunely disappointed and saddened at the injury which has ruled out the legendary Ballyhale Shamrocks man Michael Fennelly of the All-Ireland Final on Sunday.

The eight times All-Ireland winner, Hurler of the Year in 2011 when his powerhouse performance in the All-Ireland Final helped The Cats to win back the Liam McCarthy taken off them by Tipp twelve months previously, snapped his achilles tendon in the semi-final replay win over Waterford - a crushing blow to a man who worked so hard to get over a series of back injuries and who seemed to be coming into a rich vein of form.

Weighing in at 14 stone, Michael's physical presence in the middle third has always been a major plus to Kilkenny and working in the Sportslab at Tipperary's LIT Campus in Thurles, the up-coming clash with Tipp would have been particularly special for the thirty one year old.

"I know Michael very well and I worked with him for a time when I was in Kilkenny. I am very disappointed for him because these are the days that you want to play and you want to be involved. He is a top top player and was in a very rich vein of form but we won't be changing our plans because Michael is not playing," Tipp Boss Michael Ryan said.

Indeed, Michael's counterpart Brian Cody echoed the sense of loss to his charges, but added that the opportunity is there now for somebody else to jump into the place and play in an All-Ireland Final.

"It's a huge blow for anyone involved in sport to miss these kind of days. Michael has put in a massive effort and it has not been easy for him. He got a lot of work done earlier in the year and was coming onto terrific form - he was outstanding against Waterford in the replay up until that injury. I feel very sorry for him from a personal point of view but we have a big panel and I have massive confidence in that panel. Michael Fennelly will not be playing, nor will the player who comes into his place be expected to be another Michael Fennelly. He will be expected to do his own job. You cannot replace Michael Fennelly because that player does not exist. We will look at all options and see where it takes us," the Kilkenny supremo told The Tipperary Star.

Michael's colleagues Eoin Larkin and Paul Murphy both feel his pain too and said that it will require a lot of mental resolve to come back from that injury. Thankfully, mental strentgh is something that the very popular holder of eight Leinster senior hurling championship medals and five National Hurling League titles, has in abundance.

"He knew immediately that he was in big trouble and I think it was crushing for him to know that he was out of the final and had no real chance of making it," Paul Murphy said.

Eoin Larkin added, "He will be a savage loss to us but we have a very strong panel and Michael being ruled out means that somebody else will have the chance to play in the All-Ireland Final and take that jersey. I would hope that someone can come in and seize the opportunity. That's what we all want now," Eoin said.

Tipperary captain Brendan Maher has not marked Michael Fennelly directly on too many occasions, but he is only too well aware of the influence he has on The Cats.

"I didn't mark him in 2010 - I was on Cha (Fitzpatrick) in that final. Michael would have been on Shane (McGrath), we play on opposite sides, but I suppose in the middle of the field you're crossing all over the place. I wish Michael all the best in his recovery, it's not a nice injury and he's going to face a long road to recovery. I'm sure he's disgusted now to be missing out on an All-Ireland Final but his loss is someone else's opportunity, so someone else is going to get his place and get a chance to play in an All-Ireland. I know from coming up against him, just from being in the same area, how much of a powerhouse he is. He's a big man and very physical. The fact that he's suffered so much from injury and has been able to turn out the performances that he has, I'd say it's just a testament to his mental toughness," Brendan said.

Nobody likes to see a great player injured and ruled out of big games, especially as genial a character as Mick Fennelly. Tipp folks will wish him well in his recovery and look forward to seeing him back doing his thing again very soon.

At the same time, they'll be glad to see he won't be lining out on Sunday!!