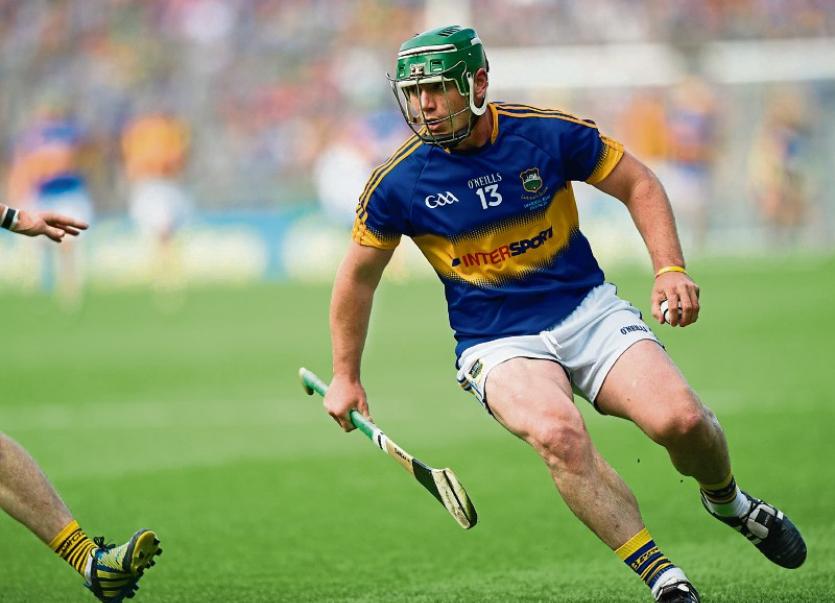 It has been a frustrating year for John Bubbles O’Dwyer but it ended on the most magical note possible with an All-Ireland medal for the Killenaule man.

He apologised on twitter for his live television “”We’re the f...ing champions of Ireland” outburst seconds after the victory but what television viewers did not see was the sporting manner in which O Dwyer approached every demoralised Kilkenny player out on the field afte rth efinal whistle went offering his hand in commisseration.

O Dwyer knows only too well the heartbreak involved in losing on the biggest day in the hurling calender since he was denied in thelast minute by hawkeye two years ago and endured the taste of defeat in the replay.

Asked if winning his first All Irleand senior medal made up for the bitter 2014 experience against Kilkenny Bubbles said everybody had long moved on from that and forgotten all about hawkeye.

“That was two years ago , its well gone from m y mind. We won today , that is all that matters,he said.

On Sunday he provided plenty of more positive reasons to be fondly remembered by Tipperary hurling supporters.

He well and truly answered the question - should be start or be kept in reserve to make an impact later in the game - that was being posed prior to the final.

Manager Michael Ryan selected Bubbles because he is a matchwinner and his decision to include him was vindicated.

Bubbles proved how invaluable he is to the Tipperary attacking model turning the game in his teams favour with an absolutely stunning goal in the 48th minute.

I t was his most important score of the day and it sent out a powerful message that Tipperary were not going to lie down after Kilkenny went ahead with Kevin Kelly's goal six minutes earlier.

The Killenaule maetro spoke after the game about the negative letters and messages sent to his family after his dismissal against Limerick in the Munster championship,

That dismissal cost him his place in the team for the Munster final and the management decided not to start him for the semi final against Galway.

He came on to score one of the goals of the season in that semi final improvising in front of goal in his own inimitable style.

He carried on in that vein of form on Sunday making his mark as early as the eight minute floating over a sideline cut .

He went on to score three points from play in a powerful first half and his fourth and final pont, from a free came in the second half.

Killenaule man said he did not allow himself a second to think the game was won until the final whistle went.

“We were nine points up at one stage and they came back and got a goal,Kilkenny are never finished,we knew we had to keep pushing and pushing until the whistle went” he said.

He said he was delighted to get the call to start in the All-Ireland.

“I trained as hard as I could in the weeks leading up to the match and I was delighted to get the call.Niall O Meara was the first player up to congratulate me which shows the kind of man he is” said Bubbles.He paid tribute to the job done by the Tipp defence and their ability to set up scores.

Asked about Cathal Barretts input into his goal he said

“It's about time Cathal sent in a quality ball.He has not sent in one all year but he did today ands thankfully we got a goal out of it.Dedenders were brilliant today , they did their job defending and managed to get quality ball in to us,” he said.