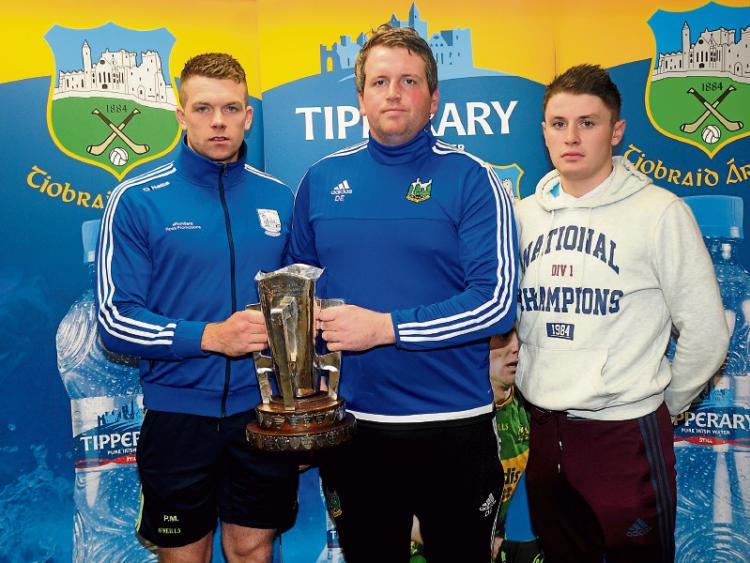 Sunday's Tipperary Water County Senior Hurling Championship final at Semple Stadium, Thurles is aunique occasion and one which, in the words of Kiladangan manager Dan Hackett, must be embraced and enjoyed.

The North champions have been the story of the championship so far this season and while most would agree that were they to win on Sunday it would be quite a surprise. But they have form against Thurles Sarsfields and are one of the few teams to have defeated the Blues in recent years.

“A lot of hard work has gone into getting to this day going back many years and it is an occasion to be embraced and enjoyed for us now. It's where we want to be and we have some very strong characters in the team who will make sure that we are right for what will be a massive challenge against a great Sarsfields team,” Kiladangan manager Dan Hackett said this week.

That great Sarsfields team is seeking a third title in-a-row and a seventh in ten years. It has been quite a remarkable decade for the club, especially when one considers that they went from 1974 to 2005 without winning the Dan Breen Cup - an era selector Connie Maher remembers only too well.

The very popular Connie played for almost three decades for the club, but didn't win a senior county medal.

“People are talking about three in-a-row, but go back a short time and we lost four in-a-row and that was very hard to take. We've been very fortunate that very, very good players have come through from Durlas Óg and not all at the same time either which meant that we had the team being freshened up all the time,” Maher explained to the Tipperary Star.

“For us. though, the three in-a-row is not something we dwell on. That's for others to talk about. It's just another game in the stadium for us.

“Right, there is a certain amount of pressure on us because of the expectations that are out there. Supporters and the general public might be saying that we can go and win the game very comfortably, but we will not be entertaining those thoughts at all. Kiladangan beat us last year and gave us a right dressing down. That will help to focus the mind for Sunday's game,” Connie Maher added.

Getting to the final has been a major achievement for Kiladangan and team manager Dan Hackett credits coach Sean Treacy and selector Martin McLoughney with being the brains behind the operation.

But he also acknowledged that the attacking unit needs to improve for the final, especially since they will be coming up against a defence featuring three 2016 All Star nominees and two player of the year nominees.

“We were poor up front in the semi-final, but you have to factor in that Killenaule were very strong in defence.

“Sarsfields will be the same on Sunday and we must drive it on now and not rest on our laurels,” Dan Hackett said.

Tipperary County Board chairman Michael Bourke will hope to present the Tipperary Water County Senior Hurling Championship silverware for the first time on Sunday evening to the winners. And, in welcoming the new sponsor on board, he looks forward to a unique final and a great spectacle of Premier County hurling.

“I think we will have a cracking game of hurling in Semple Stadium on Sunday to cap what has been a great year for the Premier County. I would encourage as many people as possible to come along and help create the kind of atmosphere that spurs on the teams and inspires the players,” Michael Bourke, an Upperchurch-Drombane man, said.