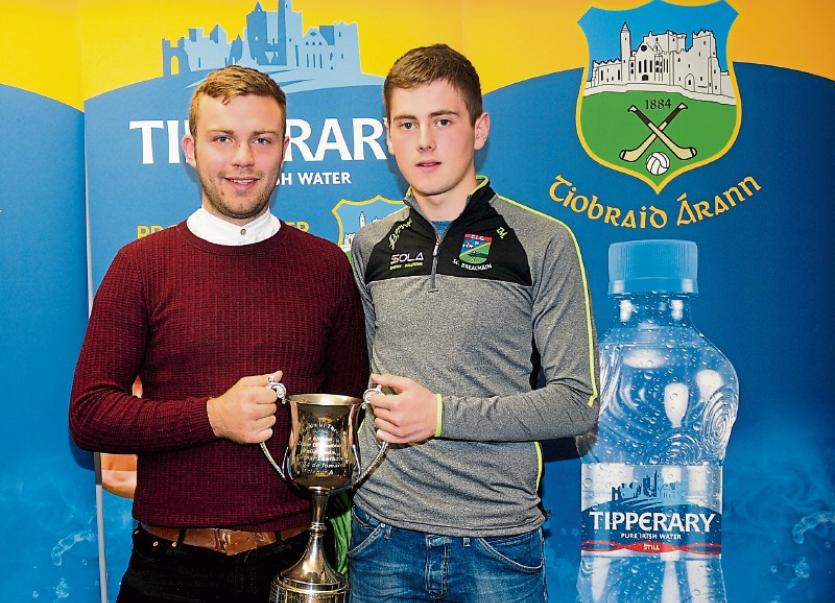 Clonmel’s St. Mary's Hurling Club, will be bidding to retain their county minor  hurling title in Semple Stadium, Thurles, on Sunday next.

The reigning county champions will be hoping to provide a further boost to Clonmel hurling when they defend their crown against JK Brackens Og.

St. Mary's  success last year’s final against Killdangan at The Ragg, was a massive fillip to hurling in the county's largest town and is expected to act as a springboard to future success. Since then clubman Seamus Kennedy has won an All Ireland senior medal with Tipperary and club chairman Kevin Leahy hopes that a successful defence of the title on Sunday will act as a springboard for future stars to emerge. 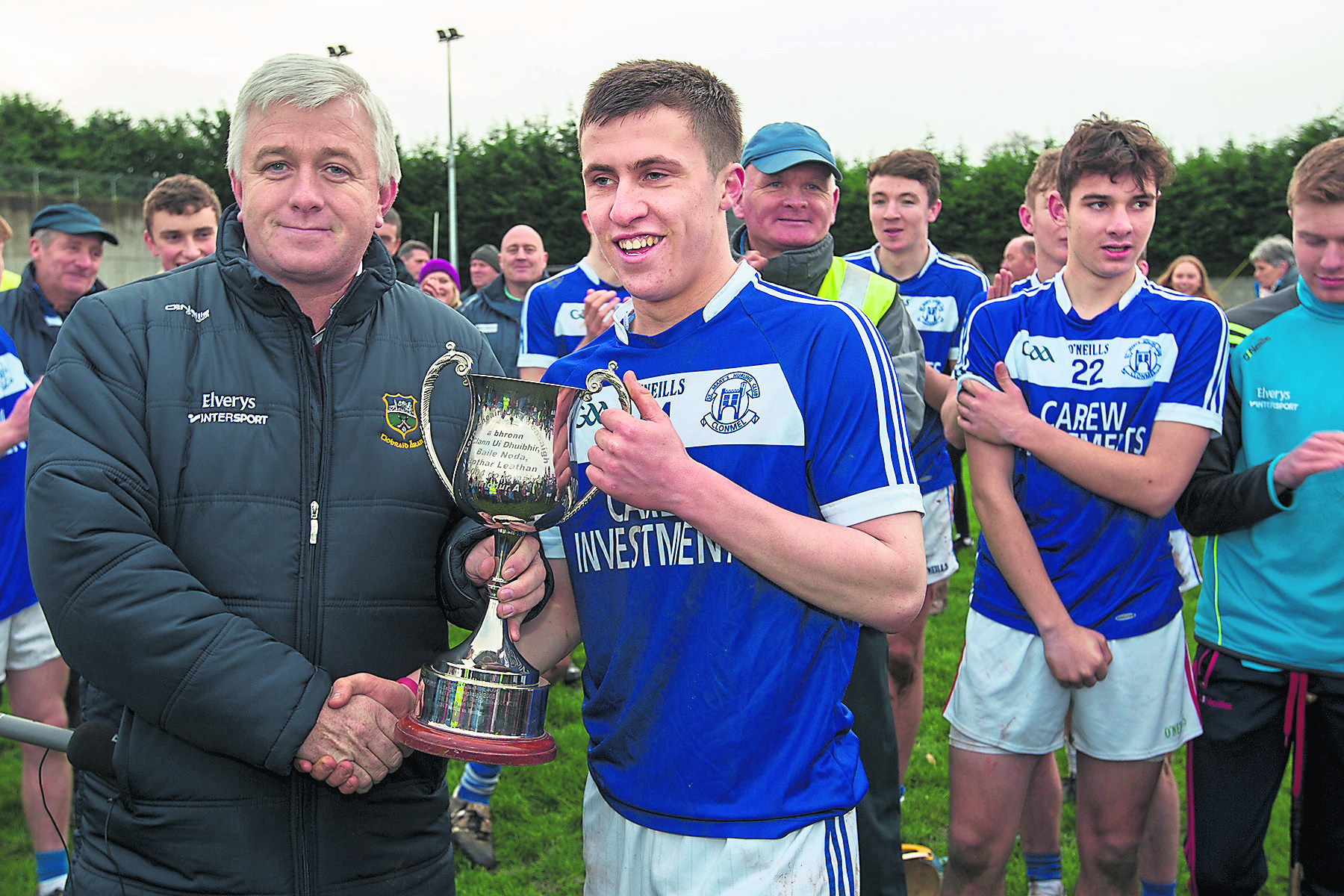 (Above: The presentation of the county minor cup last year to St. Mary's captain, Matt Barlow, following the Clonmel side's victory over Kildangan in the final played at The Ragg)

“To defend the title would be a massive boost for hurling in Clonmel”, he says.

“These minors are already heroes to the younger players in the club and another win on Sunday would be a hugely significant achievement.

“Young lads in Clonmel need someone to look up to and it's nice to have local heroes.

“It's very important for us to get up to senior hurling and this is a step along the way”.

They face a huge test against a Brackens side that contains Tipp star Lydon Fairbrother but St. Mary's are ready for the challenge.

“We are well prepared”, says coach Tony Shelly. “We have ten of last year's team and fourteen of the panel and have had a nice progression of under sixteens into the panel as well”.

The Killenaule native says the Templemore side will probably start as favourites but St. Mary's are as ready as they can be.

Shelly points out that it's a different team from last year - the 2015 class was a more physical team but this year's is more skilful.

The side has lost big players such as Matt Barlow and Ross Peters but those coming in have really stepped up to the plate, says Shelly.

With an obvious overlap in Clonmel between hurling and football, and Commercials a playing a county minor final on Saturday, there is a big demand on dual players but Shelly says there are managing the situation well.

In captain Kyle Peters, Ryan Lambe, Gavin Ryan, Sean Kennedy and Adam Peters, they have minors as good as any in the county and in their impressive semi-final win over Moneygall / Clonakenny, showed they are hitting top form at the right time. 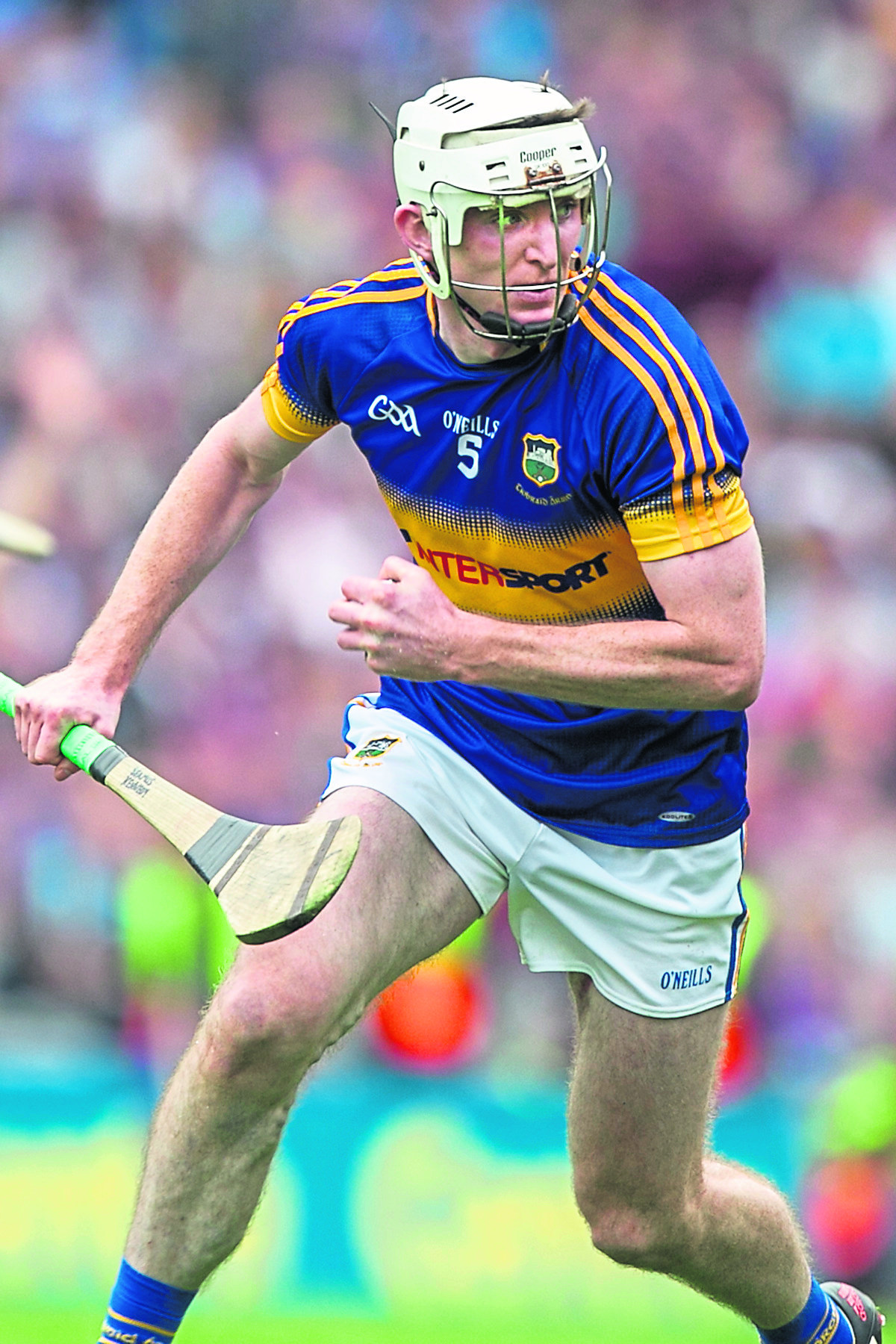 (Above: Seamus Kennedy, St. Mary's, who is a huge inspiration to young Clonmel hurlers. Kennedy won Munster and All-Ireland medals with Tipperary this year in his first season on the panel. He has also been nominated for an All Star Award)

Kyle Peters stresses that Seamus Kennedy is a huge inspiration to young players in the club. “It just shows that if you put in the hard hours  you will get the rewards. South Tipp hurling is on the rise and Seamus is an example of that”, he says.